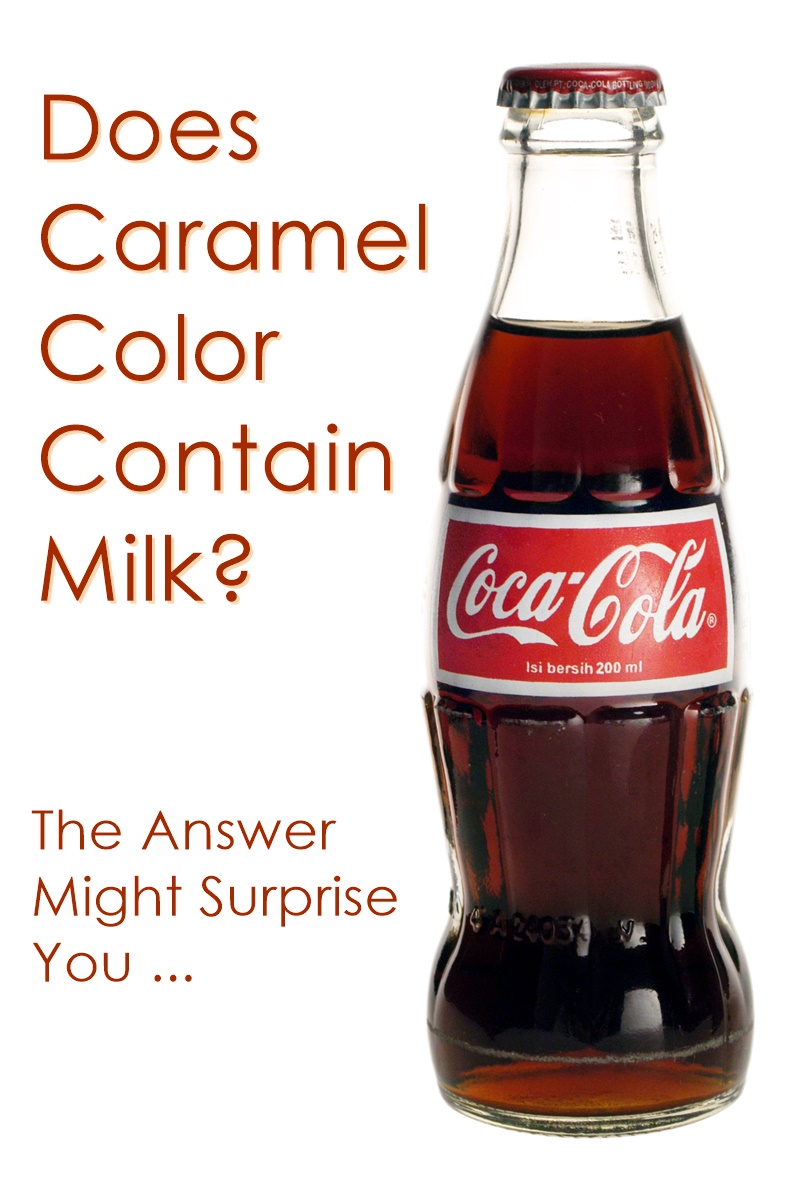 Anything with caramel in its title may sound like a red flag for milk, butter or cream. But caramel color is typically derived from corn syrup and occasionally from potatoes, wheat, or other carbohydrate sources. While lactose (milk sugar) is a permitted carbohydrate in the production of caramel color, it is rarely used.

Also, as mandated by the FALCPA (Food Allergen Labeling and Consumer Protection Act) if the caramel color in a food is derived from milk, then it should be stated clearly on the label. This is typically done with either a notation next to the ingredient stating that it contains or is derived from milk or in the “Contains” statement at the end of the ingredient listing. Of course, food allergen labeling isn’t perfect, even with this law in place. Always double check with the manufacturer on the source of their caramel color, especially if a severe or life-threatening milk allergy is your concern.

Other Concerns About Caramel Color

But whether or not you need to worry about caramel color in general, is a completely different issue. In February 2011, The Center for Science in the Public Interest (CSPI) filed a petition calling for a ban on the caramel coloring used in Coca-Cola, Pepsi, and other foods. According to CSPI:

“In contrast to the caramel one might make at home by melting sugar in a saucepan, the artificial brown coloring in colas and some other products is made by reacting sugars with ammonia and sulfites under high pressure and temperatures. Chemical reactions result in the formation of 2-methylimidazole and 4 methylimidazole, which in government-conducted studies caused lung, liver, or thyroid cancer or leukemia in laboratory mice or rats.

The National Toxicology Program, the division of the National Institute of Environmental Health Sciences that conducted the animal studies, said that there is “clear evidence” that both 2-MI and 4-MI are animal carcinogens. Chemicals that cause cancer in animals are considered to pose cancer threats to humans. Researchers at the University of California, Davis, found significant levels of 4-MI in five brands of cola.”

Alisa Fleming is the founder of GoDairyFree.org and author of Go Dairy Free: The Guide and Cookbook for Milk Allergies, Lactose Intolerance, and Casein-Free Living. If you have a relevant question for Alisa, email us. Need Go Dairy Free now? Order the E-Book for immediate delivery or download it to your Kindle.