A few years ago, we told you about Boba Guys in San Francisco. They have numerous locations in the Golden Gate City. But we later found out that these guys have a small arsenal of shops in New York City, too!

Boba Guys is a little more expensive than your average boba shop, but they boast higher quality ingredients. For example, they fresh brew tea instead of using powders and they make all of their own flavored syrups in house. These syrups are also fructose-free.

Boba Guys offers Califia Farms Barista Blend Almond Milk and Organic Soymilk as options for all of their teas. They also reportedly have Rice Milk and Oat-Ly Oat Milk. Their menu includes a variety of flavors, with many creamy or tangy options. The Strawberry Matcha is one of their most popular drinks – it’s not only flavorful, but also mesmerizing with colorful layers! Some other honorable mention beverages include the Rose Black Tea, Coffee Milk Tea, and Kiwi Marmalade Tea for spring.

A few flavors of their flavors are not available dairy-free, but all of these are clearly marked on the menu. Along with the flavor and milk option, you can also customize the sweetness of your beverage. 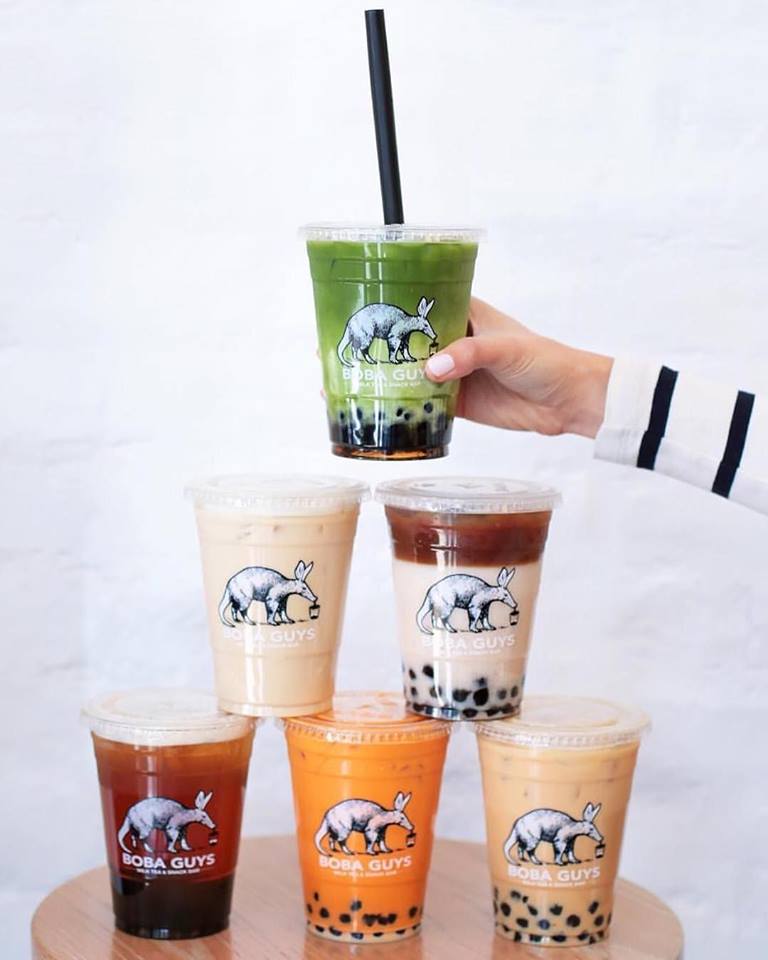 Where to Find Boba Guys

They have a few locations in New York City, and several in San Francisco. See their website below for addresses, hours, and a main menu.