Greens and Vines, and it’s parent raw meal plan service, Licious Dishes, were born out of necessity and love, when founder Sylvia Thompson’s husband had a heart attack. In 2004, she transitioned her family to a vegan diet for health reasons, and later discovered a passion for raw food. Greens and Vines is their 100% vegan and raw sit-down restaurant, and it comes highly recommended from my good friend Hannah.

“Every step of my two mile walk to reach Greens and Vines was worth the effort. Just one plateful of Kaffir Miso Pad Thai (picture below by Hannah), composed of kelp noodles and topped off with a generous handful of crunchy cashews, left me feeling quite stuffed. Although I already broke da mout on my main dish, the temptation of the dessert menu was too much to bear. Wrapping up a petite wedge of Tangerine Cheesecake to go, it became a most decadent midnight snack just a few hours later.” 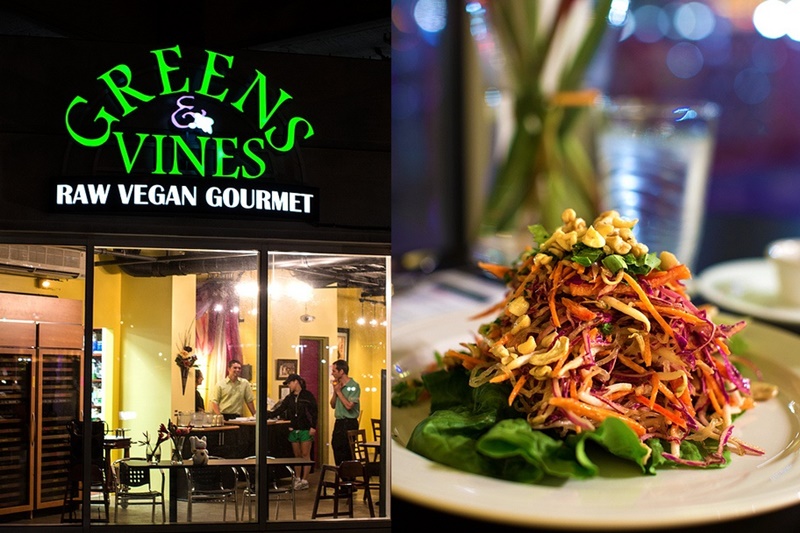