The Herbivorous Butcher has finally arrived and is the first known all-vegan butcher shop in the U.S.! Their menu includes an array of sausages, pastrami, brats, steak, several types of ribs, meatballs, bacon, jerky, pepperoni and more. And, in addition to meat-free meats, they are also offering cheese-free cheeses! 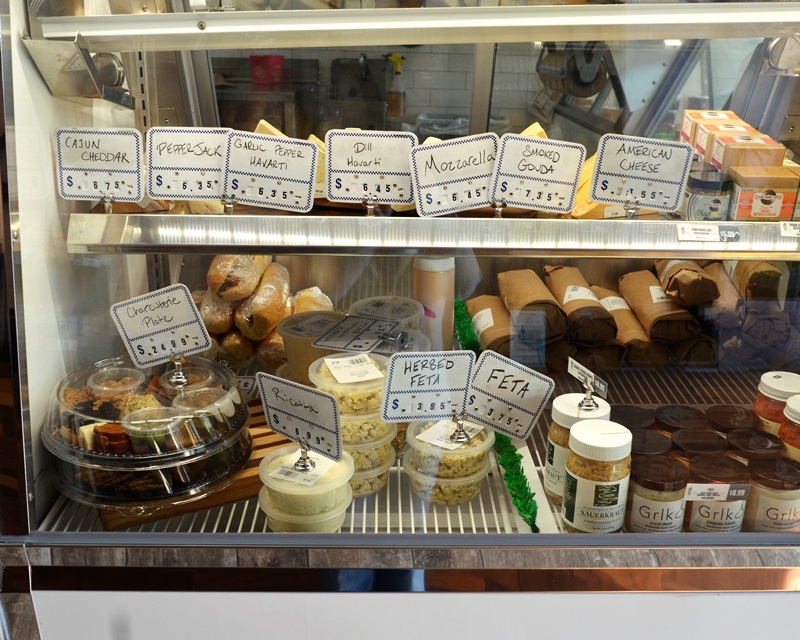 Some of their customer favorites include Korean Ribs, Pastrami, Mozzarella and Pepperjack. They also mentioned their vegan Jerky, steak, ribs, brats, bacon, and deli meats as popular items. For gluten-free consumers, they have a small selection of gluten-free vegan meats, most of which are jackfruit-based. The cheeses are made of soy milk & coconut oil, with the exception of a couple almond-based cheeses.

The concept was launched by a brother-sister duo who have honed their skills at making vegan faux meats rich with protein and B vitamins – so yes, all of these dairy-free, meat-free offerings appear to be made in house. Previously, they sold their product via pop-up sales, The Herbivorous Butcher now has a full-time home. 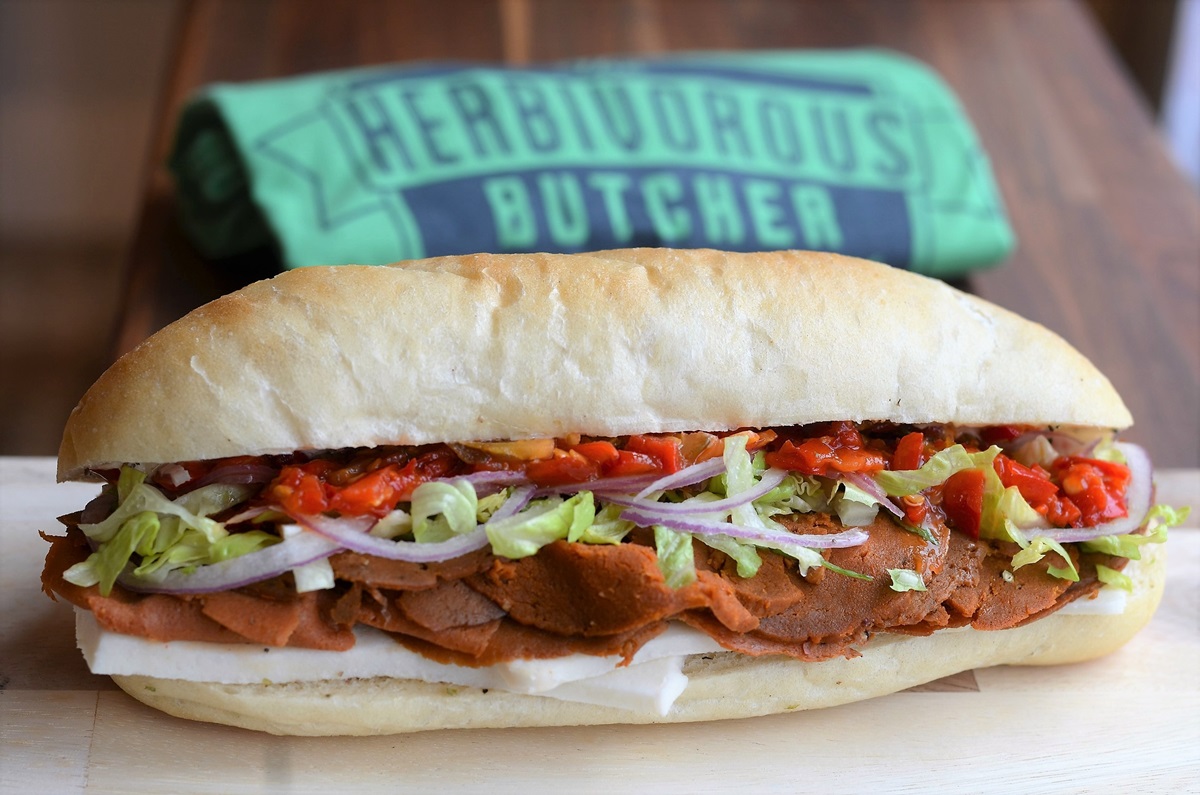 The Herbivorous Butcher posts their menu on their website daily, and you can pre-order your lunchtime sandwich. If you don’t live in the Minneapolis area, have no fear! They have online ordering and ship vegan meats and cheese to customers throughout the U.S. 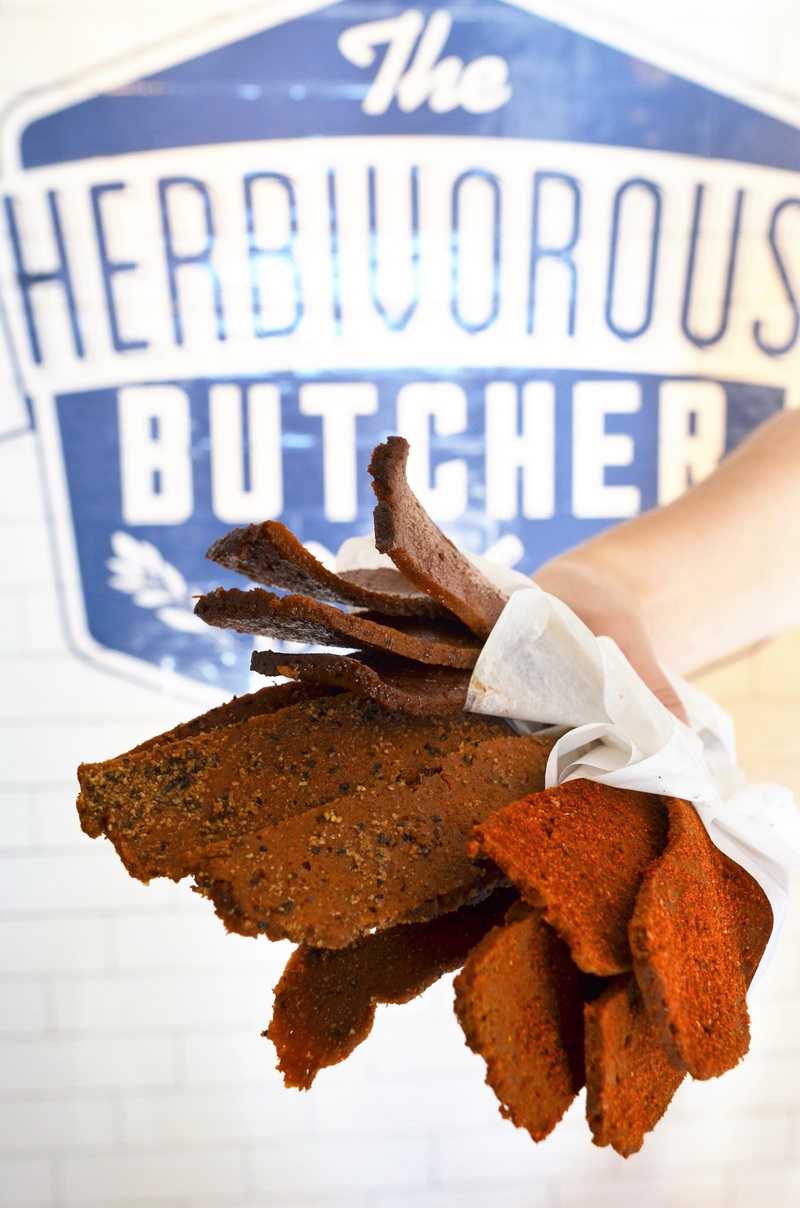 Where to Find The Herbivorous Butcher