Updated September 2022! We didn’t bother covering Kellogg’s Pop-Tarts® for years, because the dairy-free options were pretty obvious. All frosted varieties contained milk, while most unfrosted ones didn’t. But over time, their formula has evolved to include many more dairy-free Pop-Tarts flavors, including some of their newest treats! So we’ve created this quick reference guide, followed by information on other toaster pastry brands. 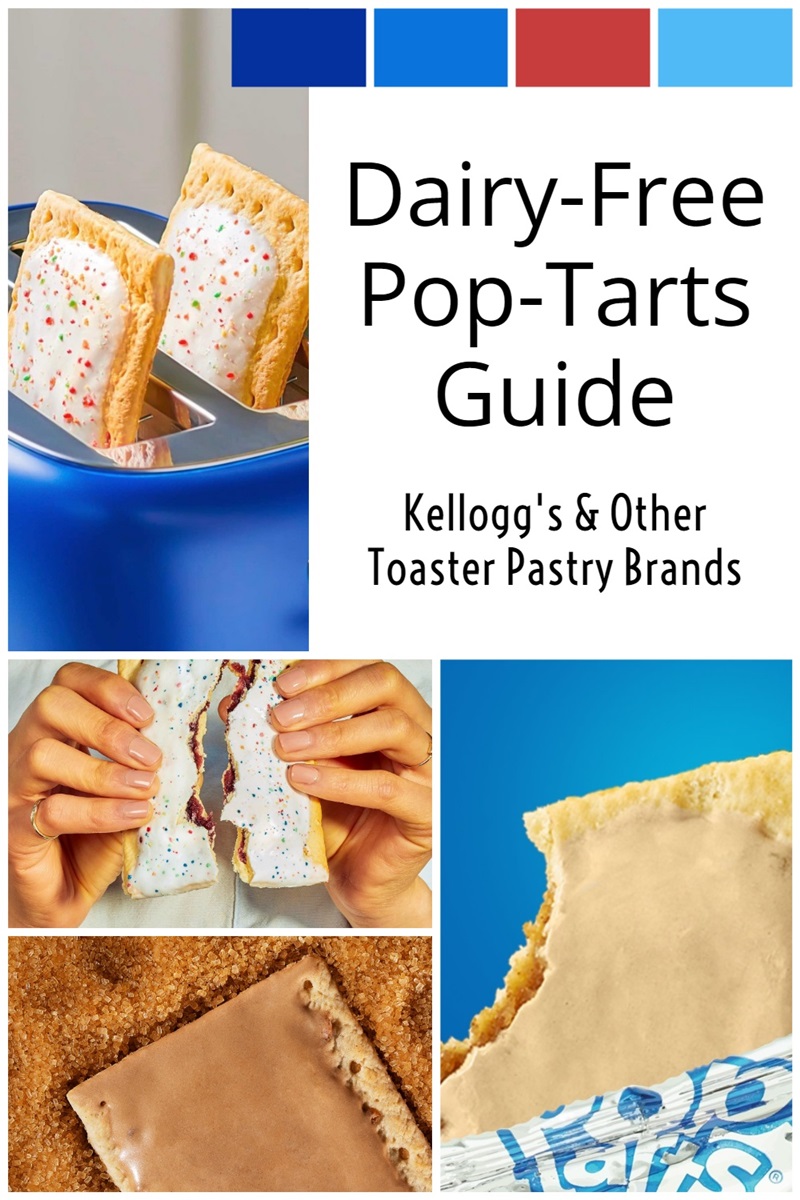 The following flavors of Kellogg’s Pop-Tarts are dairy-free, egg-free, and nut-free by ingredients, according to the company. But always check the packaging! Ingredients are subject to change at any time. We’ll do our best to keep this post updated with product changes and new flavors. If you have trouble finding any of these flavors in stores, check the Pop-Tart Amazon Store.

Allergen Notes: All Kellogg’s Pop-Tarts contain wheat and soy. The following varieties are made without any milk ingredients, according to the company. Some varieties are certified kosher dairy due to production, but not due to the ingredients. See our Understanding Kosher Symbols guide for an explanation. Always contact the company to discuss their processes and ingredient sourcing if potential cross-contamination is a concern for you. There is some degree of risk for allergen cross-contamination in all food products, regardless of what the label does or doesn’t say.

Heads Up! In the summer of 2022, the Frosted Boston Crème Donut, Frosted Eggo® Maple Flavor, and Frosted Confetti Cupcake Pop-Tarts were reformulated to remove the milk allergen. So the new packages are dairy-free by ingredients. But as always, double check the ingredients before purchasing. This product has a long shelf-life, so boxes with the old formulas (that contain milk, which is clearly labeled) could linger in stores for a while.

Discontinued Flavors: The Fruit Loops, Frosted Cinnamon Roll, Tropical Mango, Frosted Peach Cobbler, and Whole Grain Frosted Cinnamon Pop-Tarts are dairy-free by ingredients. They are no longer in production, or are seasonal flavors, but you might still run across old inventory on shelves or online.

All frosted varieties of Pop-Tarts contain gelatin. The following flavors are made without milk, egg, gelatin, honey, or other known non-vegan ingredients.

Discontinued Flavors: The Frosted Chocolate Chip Cookie Dough, Frosted Red Velvet Cupcake, and Pumpkin Pie Pop-Tarts do contain milk. They are no longer being produced, or are seasonal flavors, but you might still run across old inventory on shelves or online. 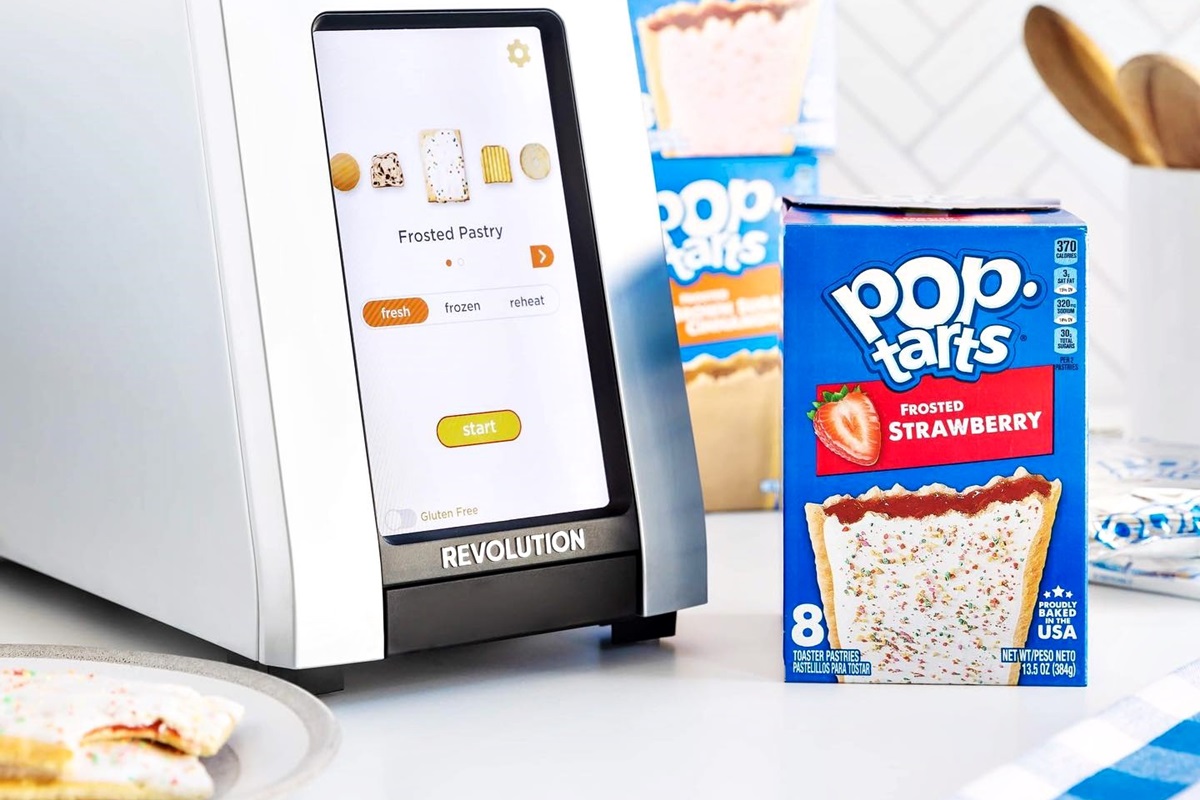 Outside of Pop-Tarts, the dairy-free toaster pastry selection is slim. We have quick details below on the other brands currently available in stores.