Calcium is abundant in many foods, not just milk. The dairy-free calcium chart below outlines the non-dairy calcium found in roughly 150 foods! This is the updated version from the 2nd edition of my flagship book, Go Dairy Free: The Guide and Cookbook. I’ve added several calcium-rich foods that have become more readily available since the first edition, and have also modified the serving sizes, and corresponding calcium levels, for several of the foods to better reflect reasonable consumption in one sitting or throughout the day. 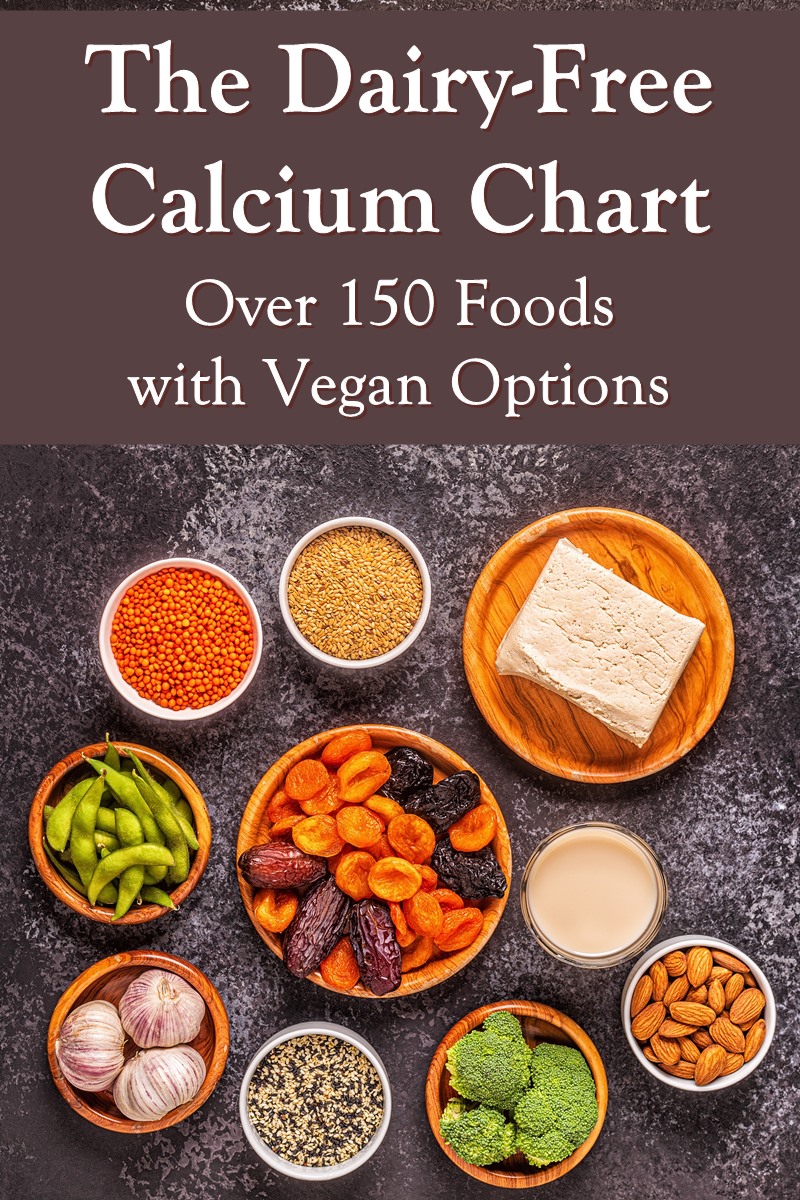 The Dairy-Free Calcium Chart for Over 150 Different Foods

As it so happens, all of the foods listed here are gluten-free, and most are vegan (I’ve broken out a chart for non-vegan with eggs and seafood). Some foods might seem to have a small amount of calcium, but the milligrams quickly add up as you enjoy meals and snacks throughout the day.

*Calcium content may vary by brand. For example, I have seen levels as high as 150 mg of calcium per corn tortilla and as low as 20 mg per tortilla.

**I had difficulty locating adequate numbers for these from the USDA, so brand packaging was used to ascertain.

A Few Notes on These Calcium Charts:

It’s in the Water

Depending on where you live, you may be getting quite a bit of calcium via your tap water. England, the prairies of Canada, some parts of Australia, and most of the United States (with the exceptions of New England, the South Atlantic-Gulf, the Pacific Northwest, and Hawaii) have tap water that is quite high in minerals such as calcium, otherwise known as “hard water.”

You may have wondered why health superstars like rhubarb and Swiss chard have such low calcium absorption rates. It’s due to their higher oxalate content, which scientists believe reduces the bioavailability of calcium in certain plant foods. In beans, phytates are thought to be the calcium-reducing culprit. However, one notable exception is soybeans. Soy products are naturally high in both oxalates and phytates, yet they appear to have relatively high calcium bioavailability.

Though oxalates and phytates can reduce the available calcium in a food, they typically leave some behind for our use. They do not go out of their way to leech calcium from our bodies. Consequently, high oxalate foods can be healthy additions to your diet, and won’t derail your calcium efforts. But aside from soy, they probably won’t contribute much to your personal calcium requirements.

Keep in mind, no food has pure bioavailability of calcium. For reference, milk has a roughly 30% absorption rate for calcium. So of the 297 mg of calcium in a glass of milk, your body will be able to utilized about 100 mg. Calcium RDA numbers are set based on total calcium intake, not estimated calcium absorption. So if your personal RDA is 1000 mg per day, it’s based on the calcium you consume, not the amount absorbed, which is assumed to be closer to 300 mg. 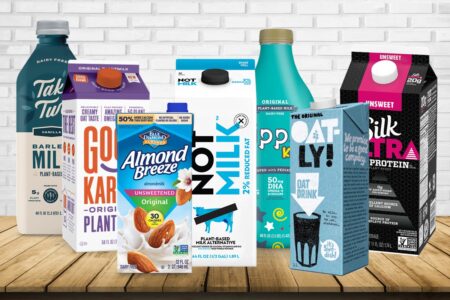 How Much Calcium is in Your Plant Milk? How the Brands Measure Up 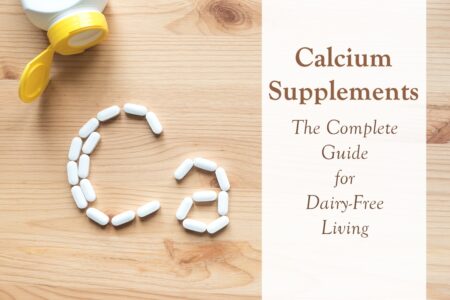 How to Choose the Best Dairy-Free Calcium Supplements