Just a month after Ben & Jerry’s decided to Change the Whirled, they’ve released yet another vegan flavor that is sure to have a cult following. Ben & Jerry’s Non-Dairy Phish Food has landed, and it promises to reel you in with a few angles. Each pint-sized barrel is filled with indulgence. And every purchase helps to support a sustainable habitat for … you guessed it … fish. 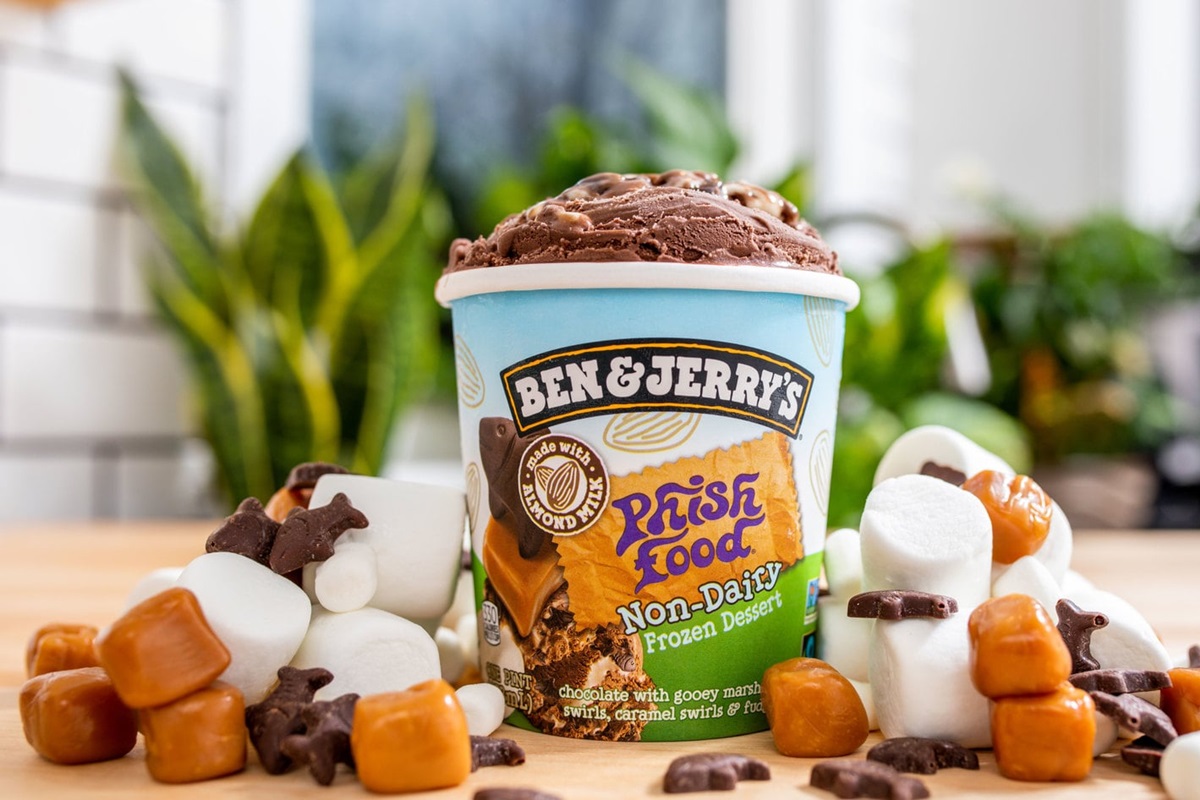 Ben & Jerry’s Latest Non-Dairy Flavor is for the Phishes

It’s taken them more than two decades since, but Non-Dairy Phish Food is finally here. The vegan chocolate ice cream is made with their famous almond milk base. It’s swimming with fudgy fish and swirled with caramel and gooey marshmallow. They actually whip their own gelatin-free marshmallows in house!

As an added bonus, one-hundred percent of the royalties from the Non-Dairy Phish Food frozen dessert are donated to the WaterWheel Foundation. The money helps to oversee the environmental wellbeing of Lake Champlain, on the border between Vermont, Quebec, and New York. The foundation also supports a variety of other initiatives and nonprofits.

Contest Alert! Artistic Phish fans should get their paint brushes and pencils ready. In honor of the Non-Dairy Phish Food launch, Ben & Jerry’s is hosting The Strange Design Art Contest. The prize includes tickets to a Phish show, $2000 cashew, Ben & Jerry’s for a year, and more!

This decadent flavor is certified kosher and certified gluten free. It’s available in pints, wherever Ben & Jerry’s is sold, and at their Scoop Shops. For ingredients, nutrition facts, and reviews, see our Ben & Jerry’s Non-Dairy Ice Cream Guide.