Alisa Fleming ~ Vegan cookbooks have gained significant popularity over the years, enticing many major publishers to snatch up a few titles for their “special diet” collections. But for one premier publisher, plant-based books are the entire focus. Vegan Heritage Press is an independent book publishing company that was founded by Jon Robertson in 2007 to discover and publish quality vegan cookbooks and guides. Jon and staff are vegan themselves, all working to “change the world one cookbook at a time.”

Even before launching this all-vegan publishing company, Jon was no stranger to the world of vegan cookbooks. His wife, Robin Robertson, is a well-known vegan author and recipe creator with approximately 20 published cookbooks under her belt. Together, they bring decades of expertise to this growing niche.

I’ve been a fan of Vegan Heritage Press since its inception, and was pleased when Jon agreed to an informative Q&A session about VHP:

What prompted you to start Vegan Heritage Press?

Jon: I’ve worked in various aspects of book and magazine publishing for many years. For even more years, I’ve also been a writer and editor. In 2006, Robin and I talked about my making a clean break from the work-a-day world and move to the mountains. While she kept busy with writing her own cookbooks, I wanted to put my skills and experience to use for something positive as well. As I’ve been vegan since the late eighties, starting Vegan Heritage Press seemed like a perfect match-up for my skills, and it’s also something I’m passionate about.

Do you find it difficult to work in a sea of large publishers, or do customers appreciate your intimate niche focus on veganism specifically?

Jon: I often receive thank yous on my Vegan Heritage Press Blog and the Vegan Unplugged Blog, as well as by email and on Facebook—it does a lot to keep me on my toes!  I also receive support from the graphics designers and marketing consultants I work with.  More gratifying are the notes of appreciation from the authors. Many people like the idea of working with and supporting other vegan businesses. I think the difficulty with large publishers is a universal difficulty for large and small: in the last three years, perhaps a hundred vegan titles have come out, with more on the way every publishing season.  On the one hand, we’re all competing for the same dollar.  On the other, demand is growing, too.  More and more people are realizing the folly of unhealthy diets and trying to eliminate meat and dairy at dinnertime.  Some call vegan “extreme,” but more extreme, to me, is a diet that fosters early death, poor health, and heart surgery.

Everyone loves to know the story behind the business. Why did you become vegan, and how has it benefited you personally? 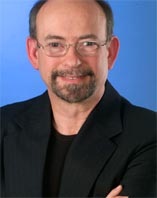 Jon: Benefited?  I’m alive and healthy because of going vegan!  The fact was, Robin wanted to do it before I did.  I said that if she could make great-tasting meals without meat and dairy, I’d give it a try, and I’ve been vegan ever since.  Going vegan has also made me more compassionate, aware, conscientious, and in tune with my fellow beings. I feel like I’m doing something worthwhile to help people, the environment, and the animals.

What titles have you put out to date?

Jon: I try to round out my list with books that cover a wide range of needs in the vegan community. In the mix are Vegan Fire & Spice, a revision and update of one of Robin’s earlier books, and Vegan Unplugged, a revision of a book we did together back in 2005 after our experience with hurricanes and power outages.  I’m also proud to publish books by a number of other vegan authors, including an upcoming raw vegan cookbook by Amber Shea Ford. Here’s the complete list to date:

This really is an amazing collection. I have every book, and there isn’t a bad one in the bunch. What do you look for in an author and recipes from a publishing standpoint? How do you keep the quality of your books so high?

Jon: I evaluate proposals from a variety of angles.  If the proposal shows an author’s competence in cooking and writing, that’s getting to first base.  Second base would involve the content—I want the books to be different from each other, but also provide interesting recipes or some new approach for the vegan cooks out there to find intriguing, delicious, and fun.  Third base is the same for all publishers these days, and that is marketability and author platform; their own particular stance in the vegan world and online.  If the marketing and competition points align, and my intuition agrees, a homer may not be far away.

What are some of your favorite recipes from the VHP collection?

Jon: There would be too many to list, but absolute personal favorites would include the Seitan Katsu with Tonkatsu Sauce and the Mustard-Mac Slaw from American Vegan Kitchen.  Robin’s Pasta Puttanesca and Red Hot Chile Tofu from Vegan Fire & Spice; the Spicy Baja Tacos and the Sweet Potato Pancakes from The Blooming Platter Cookbook; and Bryanna Clark Grogan’s Triple Ginger Cake with Espresso Frosting is too ambrosial for mere words. All the recipes in World Vegan Feast are amazing, but Bryanna’s bread and dessert recipes are a revelation.

I’ve had the Mustard-Mac Slaw and Pasta Puttanesca, both were amazing! After that glowing review, I’m going to shortlist the Triple Ginger Cake. Now you have me curious about what else you have in store. Any insight on future publishing goals for VHP?

Jon: My plan is to continue bringing out two titles a year.  I resist publishing more because I believe a title needs six months of promotion.  The big publishers can’t afford to do this—they usually give a book six weeks or so, and then it’s “sink or swim.”  With two titles per year, I can turn on a dime, react to market trends via the social media, and work hands-on together with the authors to spread the word about these wonderful books.

Thanks to Jon for taking the time to share some insight into the world of plant-based publishing.

All of the Vegan Heritage publications are available via Amazon and in stores, but you can purchase them directly from the company at a discount on their website, www.veganheritagepress.com.

Also this is a good time to plan ahead for the treacherous winter season. Jon is offering a 2-for-1 “hurricane season” special on his emergency preparedness guide and cookbook, Vegan Unplugged. Get one for yourself, and gift the other copy to a loved one! For more information, and to order, visit www.veganheritagepress.com/order.html.

Article by Alisa Fleming, founder of GoDairyFree.org and author of Go Dairy Free: The Guide and Cookbook for Milk Allergies, Lactose Intolerance, and Casein-Free Living. Alisa is also a freelance writer for several publications, with an emphasis on creating recipes for various types of special diets.