Alisa Fleming ~ We are heading into Part 3 of our Expo West new product round-up, and really, just gaining steam. Today’s dozen happens to have a heavy vegan focus (including many vegan alternative foods). But omnivores have no fear … you will certainly find some enticing items in this list, too. In fact, I think many of these highly rated indulgences earn the meat-, egg-, and dairy-free community some serious bragging rights for innovation …

Teese Mozzarella Shreds (www.chicagosoydairy.com) – Hot on the heels of a new dairy-free “cheese” trend, Chicago Soy Dairy has come out with a pizza-friendly form of their popular Teese “Cheese,” easy to melt shreds. True to company name, this is a soy-based alternative.

Teese Breaded Mozzarella Sticks (www.chicagosoydairy.com) – But wait, the mozzarella news isn’t over … Teese also released frozen breaded mozzarella sticks! I kid you not. These babies are vegan and ready for the fryer. Word on the street is that these are awesome, and definitely worth the indulgence.

Dandies Tweets Marshmallows (www.chicagosoydairy.com) – But Chicago Soy Dairy Makes more than cheese alternatives, they also offer a line of vegan marshmallow products called Dandies. These gelatin-free delights are all the rage for convenience and taste, but now you can add cute to the mix. They’ve just released Tweets, the vegan counterpart to Peeps.

Vegetarian Plus Vegan Chicken Tikka Masala (www.vegeusa.com) – This company has been making waves in the vegetarian frozen foods market. Their new Chicken Tikka Masala actually won a best in show award from VegNews magazine. According to the Vegetarian Plus website, this new entrée “features delectable bite-sized vegan chunks marinated in aromatic spices and served in a lightly spiced vegan masala sauce.”

Popcorn Indiana Caramel Popcorn (www.popcornindiana.com) – The people at VegNews reported on this delight, so we can pretty much guarantee it’s vegan (though I noted they do have non-vegan flavors with dairy made on the same equipment) … and rumor has it, incredible delicious. They have lots of wonderful flavors, many made without dairy, so I definitely recommend checking out their website.

Sophie’s Kitchen Vegan Seafood (www.sophieskitchen.net) – Interestingly enough, this faux fish line was created because of a child’s (Sophie’s) seafood allergies. Though vegetarianism wasn’t the intent, this entire product line is certified vegan, and it appears they may even be soy-free. The products are based on Konjac, or Elephant Yam, a plant that has been grown and used in Asia for hundreds of years. Sophie’s new vegan calamari won a “Best of Show” award, but they also offer shrimp, breaded shrimp, breaded fish filet, squid ring, prawn and plan to release crab cakes and smoked salmon soon.

Galaxy Nutritional Foods Vegan Cream Cheese Alternative (www.galaxyfoods.com) – Yes, another cream cheese alternative, and for this one an Expo West ‘Best in Show’ award. Though I couldn’t find loads of details, I believe this will be a soy-based alternative. But here’s the important part … this is the first dairy-free cream cheese alternative to be sold in stores (shipping out starting at the end of March) in two flavors! Keep an eye out for this one in Classic Plain and Chive & Garlic.

Eco-Planet Organics Toaster Pastries (www.ecoheavenllc.com) – These breakfast delights won’t hit stores until this summer (2011), but Eco-Planet decided to tease everyone with them at Expo West. We’ll let the taunting slide, so long as the Toaster Pastries are available sometime this year. Oh, and I forgot to tell you the most exciting part, the Toaster Pastries are Vegan AND Gluten-Free! They will be available in Strawberry, Blueberry, and Maple/Brown Sugar flavors … and you can bet I will be trying the maple / brown sugar one first!

Organic Valley Organic Soy Creamer (www.organicvalley.coop) – There has been chatter around the release of this new product for a while, but it was finally launched at Expo West. Organic Valley’s new Soy Creamer is available in Plain and French Vanilla, and it is reportedly the only certified organic soy creamer on the market. By ingredients, this product is vegan and dairy-free, but they label it as “non-dairy.” Perhaps it is made on the same line as their dairy-based creamers, so they are hesitant on the dairy-free label.

Eat Pastry Vegan Cookie Dough (www.eatpastry.com) – This product actually launched this time last year, but since it is such an awesome idea, and we failed to let you know about it last year, AND they were quite well received at Expo West, this one makes it into our “new” group for 2011. Eat Pastry offers 5 “regular” vegan cookie doughs: Chocolate Chunk, Peanut Butter, Chocoholic Chunk, Ginger, and Oatmeal Raisin. Plus in mid-2010 they launched their first gluten-free and vegan cookie dough, Chocolate Chunk. They use mostly organic ingredients.

Organicville Non-Dairy Caesar Organic Dressing (www.organicvillefoods.com) – Rachel, the founder and product developer behind Organicville, never ceases to amaze. Her little company makes some of the most amazing and innovative bottled salad dressings. I honestly thought she had conquered it all when they released the first dairy-free ranch dressing, but she has outdone herself with the latest addition, vegan Caesar dressing. All Organicville salad dressings are dairy-free, gluten-free, and you guessed it, organic.

Organicville Non-Dairy Mayo (www.organicvillefoods.com) – Well, technically most brands of mayonnaise are non-dairy / dairy-free, but they do contain egg. However, Organicville has jumped on the vegan mayo wagon, making this version egg-free and gluten-free to boot!

Article by Alisa Fleming, founder of GoDairyFree.org, blogger at Alisa Cooks, and author of Go Dairy Free: The Guide and Cookbook for Milk Allergies, Lactose Intolerance, and Casein-Free Living. Alisa is also a freelance writer for several publications, with an emphasis on creating recipes for various types of special diets. 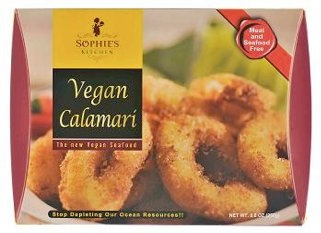 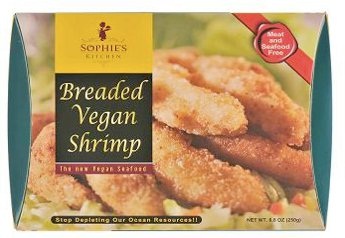