As we head toward Super Bowl Sunday, a weekend of pure indulgence and debauchery in so many households throughout the U.S., I thought it fitting to address those high calorie beverages that are so easy to mindlessly slurp while cheering on your favorite team. 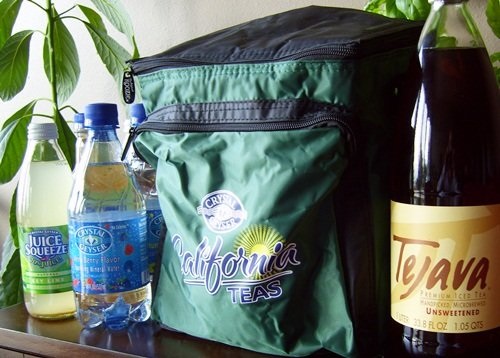 Of course, healthier, lower sugar beverage options are great any time of year, so enjoy the drink ideas that follow whenever you are craving something a little more exciting or refreshing than plain old water. Some of these suggestions are also great for transitioning away from milk when going dairy free. Many people who are used to drinking a few glasses of milk a day replace that liquid with high-sugar juice drinks or soda pop. Some of my suggestions are sugar-free, while the rest are lower in sugar and might help to ease you into a milk-free diet without loading up on unwanted calories.

But first, for those of you who are looking at my reference to “pop” a little cross-eyed …

When I moved from the Northwest to California to go to university (way back in the 90’s – probably when some of you were in kindergarten), there were some definite unexpected communication differences. Having never traveled prior to that, I hadn’t thought of the concept of local lingo. But when I first asked if someone wanted a “pop,” I received some of the weirdest looks I’ve ever seen.

Befuddled Alisa: “Um, you know a Pepsi or something like that?”

Befuddled Alisa: “Not really, it could mean a 7-Up or Fanta.” [are Fantas still around?]

Befuddled Alisa: “You call them all Cokes?”

I guess I never became a full-fledged Californian, because I still say pop.

Anyway, whatever it’s called, my family used to guzzle it by the six-pack. I really wasn’t into the stuff, because it was so darn sweet and often made my stomach turn. But I’ve learned over the years to appreciate less sweet versions that focus on the bubbly “soda” factor with hints of flavor or light sweetness. 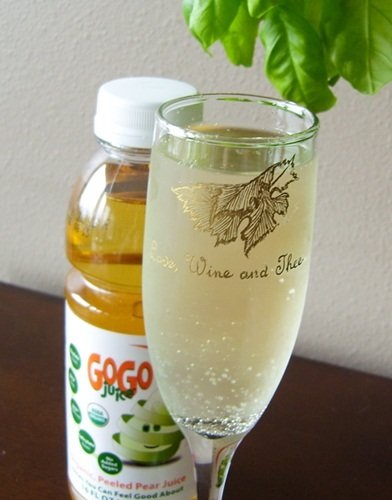 One of my favorite drinkable treats is now Homemade Juice “Pop.” I mix 2 parts of soda water with 1 part 100% juice. Pomegranate is particularly awesome, but I was excited to try a recent find, pear juice.

Go Go Organic Peeled Pear Juice was particularly yummy, organic, and a lot like apple juice, only pear flavored. If that makes sense. It has a very clean and pure taste. And a color that beckoned to be served in champagne glasses. I used half of my stash to make healthier pop, and half went into recipe trials. It offers such a nice sweetness to warm baked goods like muffins!

Another type of pop we’ve been enjoying are the new flavored sparkling mineral waters, which are completely sugar-free (no added sweeteners at all). We’ve been buying an el-cheapo, generic lemon-lime version, but I ventured out into some name brands like Crystal Geyser recently, and I admit, they have that extra something special. Crystal Geyser sent me this awesome gift pack of beverages, but the flavored mineral waters (no sweeteners!) were what I went for first.

My husband likes adding a few splashes of orange juice to the Crystal Geyser Mineral Waters for even more flavor. It helps him to stay low sugar when those Mountain Dew cravings beckon.