Recent hype regarding Starbuck’s transition over to rBGH-free milk has Monsanto, the maker of the synthetic hormone Posilac bovine somatotropin (bST), on the defense.   To prove the safety of their product, Monsanto funded a third-party research group who randomly selected 213 packages of milk from grocers’ shelves and proceeded to test their hormone, antibiotic, and nutrient levels.

Though their results showed no difference in the milks, many in the scientific community have written the study off as irrelevant.  It seems that none of the milks were confirmed as coming from cows treated with Posilac.  So what should we know about synthetic hormones in our milk supply?

The excerpt below offers an easy to read explanation of hormones and antibiotics in the milk industry and their impact.  It comes directly from the new guide book “Dairy Free Made Easy: Thousands of Foods, Hundreds of Recipes, and Dozens of Tips for Dairy Free Living.”  The author, Alisa Fleming, goes beyond the usual ‘what to eat’ lists with important information on understanding milk.  From nutrients to processing, Fleming wants to ensure that individuals know what they may and may not be missing when choosing a dairy-free diet:

“Organic milk is still cow’s milk.  It contains all of the same proteins (i.e. casein), fats (i.e. saturated), sugars (i.e. lactose), and cholesterol that may be a problem for allergies, intolerances, special diets, and general health.  However, for those who can and do consume even small amounts of dairy, organic milk appears to be well worth the extra cost.

Milk repeatedly makes the top ten lists for foods you should buy organic.  Why?  Beyond the many social implications and dangerous pesticides, U.S. Organic Milk is also guaranteed free of antibiotics and hormones.  Are hormones and antibiotics in the foods supply a true concern, or has the issue been stretched a bit too far by organic farmers and anti-milk campaigners?

I was curious to know, so I pooled together hard (unbiased) facts as evidenced by regulations and scientific studies.  Whether you would like to include some dairy products in your diet, or you could use another reason to go dairy-free, the following offers some important information on hormones and antibiotics in the dairy industry that you may find interesting:

Why dairy farmers use synthetic hormones…

The effect of synthetic hormone use on humans…

Other consequences of hormone use…

The 15 member countries of the European Union have banned the use of rBGH, as have Australia, New Zealand, and Canada. They have deemed rBGH as unsafe from both public health and veterinary perspectives. In 1999, Codex Alimentarius (the United Nations’ food safety organization), ruled in favor of the European moratorium on hormone treated milk products. So why on earth did the FDA approve rBGH, and why are dairy farmers in the United States, Mexico, and South Africa still routinely administering it? We as consumers are still waiting for an answer.

Since the effects of the hormones in untreated cows are not fully understood either, some may opt for a non-dairy lifestyle.  Those who do consume conventional milk should use caution; dairy manufacturers within the United States are not currently required to disclose the use of rBGH on their labeling.   In the end, it may be wise to reach for organic milk or at the very least those products specified as rBGH-free.  Be aware though, that these milks are still subject to homogenization and pasteurization [as explained in a prior chapter].”

For more information on milk, and living without it, Dairy Free Made Easy is available directly from Amazon. 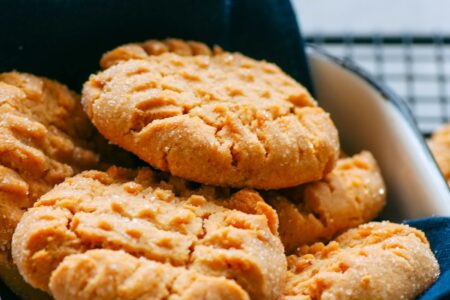 Vegan SunButter Cookies make it Easy to be Allergy-Friendly