Michelle Berriedale-Johnson, Foods Matter – Is there a Connection? Dr Anne MacGregor, Director of Clinical Research at the City of London Migraine Clinic, thinks not. From self-help guides for migraine to textbooks of neurology, all cite food as a trigger for migraine. The major culprits reported as headache triggers are alcoholic drinks, chocolate and cheese.


But how many of you reading this article are fed up with being told to avoid these foods, or have already eliminated them from your diet with absolutely no effect on the frequency or severity of your attacks? So, what is the true story about food and migraine? 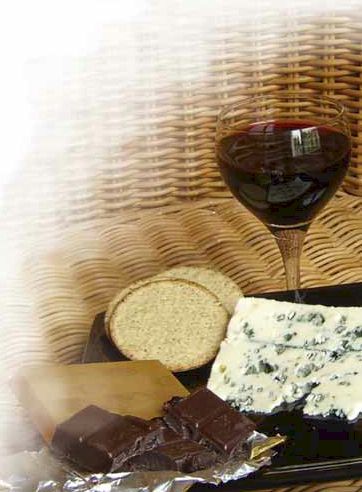 Take a step back 20 years to a flurry of research in the 1980s, which put food-induced migraine into the spotlight. Numerous publications suggested that food allergy was a cause of migraine.

Allergy, usually in relation to certain foods, is often considered to be an important trigger for migraine but it remains a highly contentious subject. Numerous foods have been implicated in migraine including cheese, chocolate, citrus fruits, pickled foods such as herrings and even Chinese food.

Although there is no doubt that certain foods can trigger attacks of migraine in susceptible individuals, more often than not a consistent link between intake of the suspect food or beverage and the onset of migraine has been so obvious that the patient has already learnt to avoid them.

The most frequently cited trigger is alcohol. In one study, 29% of people with migraine reported alcohol as a trigger for attacks, compared to 19% reporting chocolate, and 18% reporting cheese. Certain types of alcohol contain chemicals that can either directly affect blood vessels or provoke the release of other chemicals thought to be involved in migraine. In this respect, the migraineur is sensitive to certain components of the alcoholic drink and it is not a true allergic reaction. Certain types of wine contain more of these potent chemicals and are therefore more likely to trigger an attack than pure drinks such as vodka.

A true allergic response to an ‘antigen’ (in this case a suspect food) is associated with the production of specific 'antibodies' in the body, which can be measured in the blood. Despite intense research, no specific antigen-antibody reaction has been identified in migraineurs as a result of eating certain foods, so the term food ‘sensitivity’ or food ‘intolerance’ has been favored. It is therefore unlikely that allergy testing is worthwhile in migraine except in a very small minority of cases.

Several research groups have carefully tested controlled elimination diets, with some success. However, the diets are so restrictive that many people cannot maintain them, even within a clinical trial. In one study, 40% of patients dropped out within the first six weeks; by the end of the study only 10% had improved, with a similar number unchanged or worse.

If you do suspect specific foods may be triggers, you need to keep a careful diary of food and migraine. Don't look at the day before a migraine attack when you're considering what might trigger attacks – you need to look at least 48-72 hours before. This is because migraine actually starts around 24-48 hours before the headache comes on. During this time, nonheadache ‘premonitory’ symptoms include a stiff neck (50%), feeling thirsty (26%) and hunger or food craving (18%). Chocolate comes high up on the list of foods craved so it is easy to confuse a dietary trigger with a dietary symptom!

Whatever the link between food and migraine, too many people strictly avoid suspect foods without first discovering whether or not they contribute to their own headaches. Anyone who thinks that a certain food is precipitating attacks should eliminate that food from their diet for several weeks. If there is no change in the migraine, the food can be reinstated and another suspect food avoided.  Stricter elimination diets should only be done under the supervision of a doctor or dietitian.

Dietary control can be sociably disabling – it is very difficult to avoid the chocolate mousse or French cheeses served with delicious wines at a dinner party. Moreover, fear of the effects of the food may in itself be sufficient to trigger an attack.

Rather than specific foods, the most important dietary triggers are lack of food and insufficient water. Delayed or missed meals often result in a relative drop in blood sugar, triggering migraine.

This is usually the most important trigger in children, particularly when they are going through a growth spurt or involved in strenuous exercise. It explains why many children come home from school with a bad headache – they just haven't had enough to eat, often enough.

But insufficient food may also be an important migraine trigger in adults. Missing breakfast typically triggers attacks late morning; missed lunch may trigger attacks late afternoon. If attacks are present on waking it is worthwhile considering the time you eat your evening meal – which may be quite early. A bowl of cereal last thing at night might be all you need to treat your migraine.

Many migraineurs find that they need to eat frequent snacks every four hours or so during the day to avoid the peaks and troughs in blood sugar. Similarly, don't underestimate the benefits from drinking plenty of water. Not only can it help headaches, it can reduce fatigue.

More recent research has suggested that a high-fat diet is one factor that may affect migraine. A study was conducted over a three-month period on 54 migraineurs during which they reduced their dietary intake of fat from 65.9g/day in the first month to an average of 27.8g/day at the end of the trial. The low-fat diet was associated with significant benefit on headache frequency, severity, duration, and amount of medication taken.

This might partly explain other research, which suggests that attacks are more frequent and severe in overweight and obese people with migraine compared to those of normal weight. A study assessing 30,215 participants divided into five categories from underweight (BMI 18.5) to morbidly obese (BMI 35) found that migraine attacks were nearly six times more frequent in the morbidly obese migraineurs compared to migraineurs of normal weight.

To summarize, many migraineurs can control their attacks, with minimal food avoidance, by eating regularly in addition to identifying and avoiding non-dietary triggers. Only if these measures are ineffective, is it worthwhile seeking the advice of a qualified allergy specialist. A well-balanced diet is encouraged, with plenty of fluids, and with avoidance of fasting or skipped meals.

The City of London Migraine Clinic was founded in 1980 by consultant neurologists Dr Marcia Wilkinson and Dr Nat Blau, who wished to provide specialist care for anyone with migraine. It has been used as a model for migraine clinics throughout the world.

During the last 25 years our team of specialist doctors have advised more than 25,000 patients on the management of migraine and other headaches, including cluster headaches. More than 60% of patients rate our clinic as 'excellent' and 67% report a significant improvement in their lives as a result of their visits to the clinic.

In collaboration with the departments of hematology, gynecology, pharmacology and psychiatry within St Bartholomew's Hospital, we conduct and publish research into the causes and treatment of migraine and other headaches. We are the only centre in the world specializing in migraine in women and developed internationally used diagnostic criteria for menstrual migraine.

We share our knowledge through training, lecturing and through our publications; since 2000, we have published more than 50 peer-reviewed papers in prestigious international medical journals.

We also work closely with Migraine Action and the Migraine Trust.

Our service is national, although in practice 40% of our patients are referred from London and 45% from the Home Counties. Women account for 83% of patients, most of whom are in their 30s and 40s.

Patients are not charged but, since we receive no NHS or government funding, are asked for a donation. This ensures our service is accessible to all. Patients can be seen privately, for which a standard charge applies. Since June 2006 patients have been able to self-refer.

For more information about our service see our website: www.migraineclinic.org.uk.