As a professional pastry chef with a resume that includes several high end hotels, resorts, and restaurants, including San Francisco’s La Folie, Lauren Hoover wasn’t going to settle for less when she found out she was allergic to wheat and dairy. She wanted to enjoy all of her favorite meals without the least bit of sacrafice in taste. The result was 150 sweet and savory recipes compiled into her new cookbook, No Wheat, No Dairy, No Problem.

The image below was my first peak at the cover, so I can’t yet comment on the layout of the book, functionality, flow, etc., but I did have the opportunity to view the recipes before the book went to print, and of course, taste test a few …

When I am approached by a chef with a new cookbook, I typically have a general expectation for the food concepts I will find. This includes unique (and often too unique) flavor pairings, some new-to-me ingredients, and some special skills I will need to master in the kitchen. But Lauren Hoover’s recipes are refreshingly familiar. She focuses on whole foods and producing time-tested favorites (such as crab cakes, pot pie, and meatloaf), yet without wheat (spelt and oats are used, so this is not a gluten-free recipe book), dairy, or refined sugars. I would certainly define her style as basic homestyle cooking, with a focus on healthy ingredients. 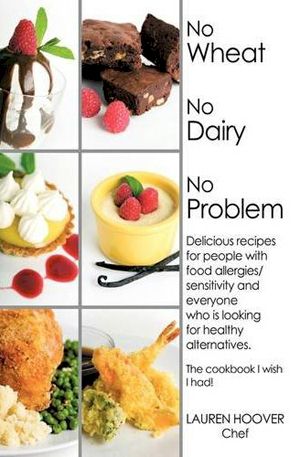 As for those recipes, I wanted to start with a flour-based recipe and a “creamy” recipe.

Since the basic “Cream” Sauce is utilized for several recipes within No Wheat, No Dairy, No Problem, it seemed like the obvious first choice. The sauce was very light in the “cream” aspect, but full of flavor. The author offers a few options in preparation, but I chose to use the chicken stock, I added 8 ounces of mushrooms, and some cooked, sliced chicken for a delicious cream of chicken and mushroom dish over rice. I look forward to trialing her suggestion for “creamed” tuna, which sounded so much like a childhood favorite.

To test out the wheat-free, and in this case gluten-free, aspect of this cookbook, I sampled the Rice Flour Pancakes. They turned out light, fluffy, and just a wee bit crumbly … nothing a good dousing of maple syrup wouldn’t fix though. I did opt to reduce the salt in this recipe, and would lower it even a little more, and I had to increase the liquid a bit to make it pourable, but I do live in a dry climate. In the end, I was seriously impressed with the taste, texture, and how easy the pancakes were to make. In fact, these were some of the easiest pancakes to flip, ever! 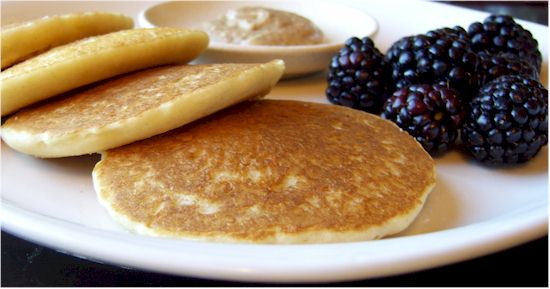 Of course, I couldn’t resist testing them out as waffles too … 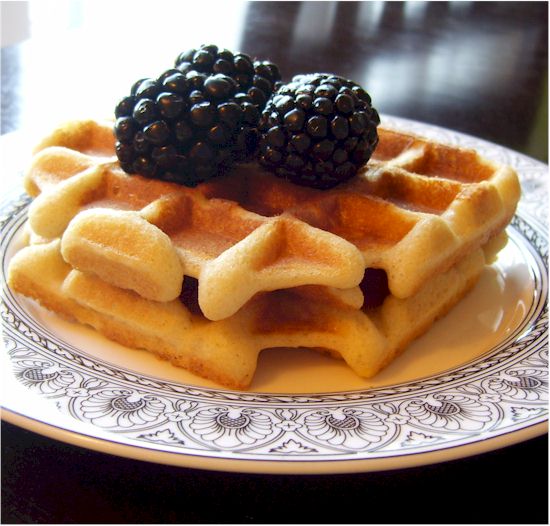 The cookbook also offers another pancake recipe which is just wheat-free, for those who can handle some gluten, and dozens of baked goodie recipes that I have yet to dive into!

No Wheat, No Dairy, No Problem is available now from Amazon in a paperback version, but a hardback copy is also due to be released shortly.