Buy GO DAIRY FREE and EAT DAIRY FREE today!
You are at:Home »News »In The News »Special Diet Cookbooks and Information Guides: Whats New for the Second Quarter of 2010

Wow, this year seems to be flying by … it is already time for our second quarter report  of new books and cookbooks (books released in April through June of 2010). This listing includes topics that I thought might be of interest to Go Dairy Free viewers, including gluten-free (with enough of a dairy-free focus), food allergy, dairy-free specifically, raw food, and vegan.

Speaking of vegan, I think it is safe to say that the vegan book/cookbook market is spiraling out of control. I may not be able to report on all of the new releases in that category this year (particularly not those available just in kindle), but I will do my best to give you the highlights. With that said, here’s what’s hot …

Alternative Vegan: International Vegan Fare Straight from the Produce Aisle (Paperback) – Taking a fresh, bold, and alternative approach to vegan cooking without the substitutes, this cookbook showcases more than 100 fully vegan recipes, many of which have South Asian influences. With a jazz-style approach to cooking, it also discusses how to improvise cooking with simple ingredients and how to stock a kitchen to prepare simple and delicious vegan meals quickly. The recipes for mouth-watering dishes include one-pot meals—such as South-Indian Uppama and Chipotle Garlic Risotto—along with Pakoras, Flautas, Bajji, and Kashmiri Biriyani, Hummus Canapes, and No-Cheese Pizza. 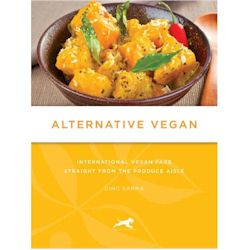 Lickin’ the Beaters 2: Vegan Chocolate and Candy (Paperback) – Chocolate, candy, and even “ice creem” are featured in this fun vegan dessert cookbook. With quirky illustrations, useful hints, and a handy “Quick Recipe” indicator, vegan renditions of tantalizing delicacies, both traditional and original, are included. Recipes include old favorites, such as caramel corn, saltwater taffy, pralines, cookies, cakes, and fudge, plus some brave, new gluten-free recipes, such as the Fabulous Flourless Chocolate Torte and the Toll-Free Chocolate Chip cookies. 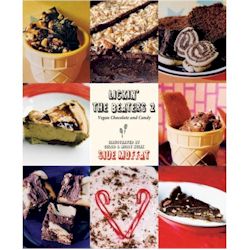 Cook, Eat, Thrive: Vegan Recipes from Everyday to Exotic (Paperback) – This collection of recipes provides distinctive meals using fresh, flavorful ingredients. It includes vegan dishes ranging from well-known favorites such as Buttermilk Biscuits with Southern Style Gravy and Barbecue Ranch Salad to more exotic fare such as Palm Heart Ceviche and Italian Cornmeal Cake with Roasted Apricots and Coriander Crème Anglaise. With planned menus for all occasions, clear symbols for recipes that are raw, low-fat, soy-free, and wheat-free, and a section on making basics like seitan and nondairy milks, this is an essential handbook for those interested in cooking the very best vegan food. 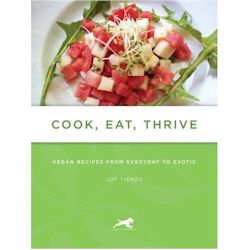 Ani’s Raw Food Essentials: Recipes and Techniques for Mastering the Art of Live Food (Hardcover) – Phyo shows you how to whip up simple, fresh recipes using what you’ve already got in your kitchen while also offering tips on dehydrating and more sophisticated techniques. Recipes include: Broccoli and Cheeze Quiche, Kalamata Olive Crostini, Cashew “Tofu” in Miso Broth, Grilled Cheeze and Tomato Sandwiches, Cheeze Enchilada with Ranchero and Mole Sauce, Pad Thai, Pesto Pizza, and many more. Read a review here on Love Veggies and Yoga. 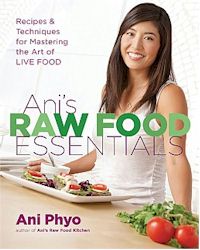 Ninety-Five: Meeting America’s Farmed Animals in Stories and Photographs (Paperback) – If animal rights are your passion or perhaps a new-to-you concern, this book will surely strike a chord. Ninety-Five is a delightful and engaging anthology of writing and photography by rescuers, caregivers, and those who love the animals. Each animal is portrayed with high quality, full-color photographs and a short story that demonstrate the animal’s personality, depth, emotions, quirks, relationships, and individuality. So why 95? It is the average number of animal lives spared annually by one person’s vegan diet. 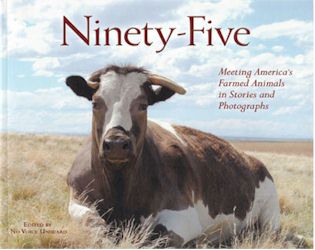 The Get Healthy, Go Vegan Cookbook: 125 Easy and Delicious Recipes to Jump-Start Weight Loss and Help You Feel Great (Paperback) – Yes, Dr. Neal Barnard is back and he is cooking. This cookbook is based on a landmark two-year study conducted by Dr. Barnard, which showed that a vegan diet more effectively controls type 2 diabetes. It features all-occasion recipes that use familiar ingredients and require minimal effort. In addition to being animal-free, the recipes also have a low-to-moderate glycemic index. Expect to also find menus and inspirational stories within. 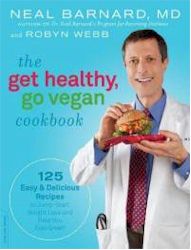 The 4-Ingredient Vegan (Paperback) – The author of this cookbook, Maribeth Abrams, is an active journalist, chef, and nutritionist, so I would expect a lean toward healthy eats. The description says, “Create scrumptious entrees, salads, soups, side dishes, beverages, and even desserts that are centered around unique sets of just four ingredients.” I am not sure if this means the recipes actually use just 4 ingredients, or if there are four base ingredients and a few extras may be added. Regardless, sample recipe titles include Zippy Potatoes O’Brien, South-of-the-Border Quesadilla, Roasted Raspberry Beet Salad, Baked Artichoke Dip, and Vegan Fudge. Expect a review here on Go Dairy Free soon! 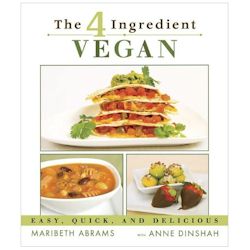 Viva Vegan!: 200 Authentic and Fabulous Recipes for Latin Food Lovers (Paperback) – Terry Hope Romero of Veganomicon and Vegan Cupcakes fame goes out on her own to create this creative recipe collection of tamales, bocadillos, empanadas, ensaladas, and much, much more. You can read some more details on this Viva Vegan article we wrote. 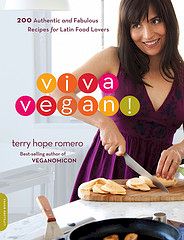 Ripe from Around Here: A Vegan Guide to Local and Sustainable Eating (No Matter Where You Live) (Paperback) – jae steele (yes, no caps) is back with her second vegan cookbook focused on all natural, local, and organic ingredients. I have tried some of jae’s recipes from her first book, and she does have a knack. All turned out very nice and flavorful. In this book, expect to find 180 recipes, including Strawberry Rhubarb Muffins, Pear Parsnip Soup, Asparagus and Spring Onion Quiche, Mushroom Asparagus Risotto, and Butternut Chipotle Chocolate Cake. 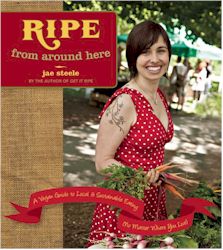 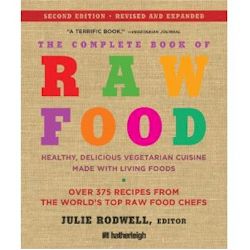 The Unhealthy Truth: One Mother’s Shocking Investigation into the Dangers of America’s Food Supply– and What Every Family Can Do to Protect Itself

The Gluten-free Kitchen: 100 More Recipes for People with *gluten and lactose intolerance*

The Basics of Vegan Cooking: A Practical Introduction to Vegan Food, Recipes, and Nutrition

Hooked on Raw: Rejuvenate Your Body and Soul With Nature’s Living Foods

The Vegan Boulangerie: The best of traditional French baking . . . egg and dairy-free

The Two-Week Wellness Solution: The Fast Track to Permanent Weight Loss and Vitality!

We do our best to list only those cookbooks that have been indicated as dairy-free, and informational books that may be of interest to you. If you have a new release coming up, do not hesitate to contact us.

Keep in mind: this is a non-opinion article on the latest releases, not a review. For our likes and dislikes to date, see the Book Reviews section of Go Dairy Free (which we continuously update), or take a peek at our recommended books at left.

What’s New for the First Quarter of 2010