The campaign detailed below has ended, but the Sea Turtle Restoration Project can always use your awareness and support!

So Delicious Dairy Free is donating $1 to the Sea Turtle Restoration Project for every new Facebook fan that they receive during the month of January 2013, up to $5000! 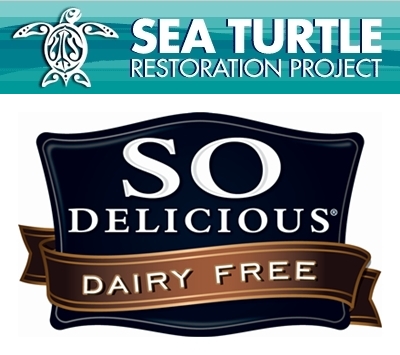 True to their corporate name (Turtle Mountain is the founding company of the So Delicious brand) So Delicious has been supporting the Sea Turtle Restoration Project since 1994.

For the past 20 years, the Sea Turtle Restoration Project (STRP) has worked persistently – and successfully – to save one of the oldest, most mysterious, most endangered species on the planet: Sea Turtles. Sea turtles have been around since the time of the dinosaurs, but some species could disappear in our lifetime unless steps are taken to save them.

STRP’s many victories have included compelling Mexico to end its then-legal harvest of sea turtles and closing a sea turtle slaughterhouse; compelling 20 nations to use turtle-saving gear in their shrimping practices; creating policy reform that instituted a 200,000 square mile time-area closure, the Leatherback Conservation Area (LCA) on the west coast drift gillnet fishery in 2001, and preventing the reopening of drift gillnet fishing in the LCA; and using California’s Prop 65 to require posting of mercury-in-seafood warning signage in California supermarkets and restaurants.

About the Sea Turtle Restoration Project

The Sea Turtle Restoration Project is the largest project of Turtle Island Restoration Network, a 501c3 organization. They have offices in California, Texas, Costa Rica, and Papua New Guinea. In addition to STRP, Turtle Island sponsors projects focusing on endangered salmon and toxic mercury in seafood. Turtle Island’s mission is to take swift and decisive action to protect and restore marine species and their habitats. They also hope to inspire people in communities all over the world to join us as active and vocal marine species advocates. For more information, visit www.seaturtles.org.

About So Delicious & Turtle Mountain

Turtle Mountain LLC, creators of the So Delicious® Dairy Free brand, is a privately held natural foods company. They were initially headquartered in Oregon’s lush Willamette Valley, but have transitioned to Colorado. Since 1987, they’ve specialized in the creation of all natural, dairy free, and vegan products. They are well known for their popular coconut-based and almond-based lines of frozen dessert, yogurt, and milk alternatives. For more information, visit www.sodeliciousdairyfree.com. 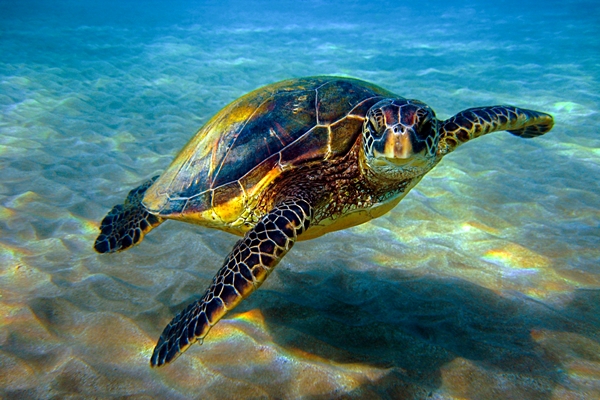