Vitamin D might soon morph from the “sunshine” vitamin to the “super” vitamin.  Over the past few years, research teams have pinpointed Vitamin D as a bold adversary to a variety of ailments, from diabetes and heart disease to rheumatoid arthritis.

Drink manufacturers have responded to these findings by fortifying juice and dairy-free milk beverages with vitamin D in addition to calcium. And now these beverage producers might have even more reason to gloat. Two new studies have indicated Vitamin D as a potential key link in the prevention of breast cancer. 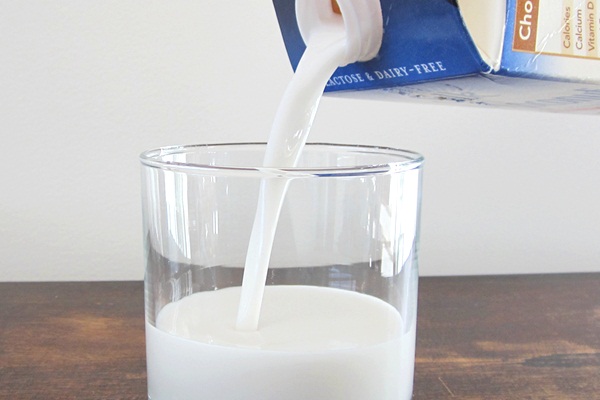 At the Samuel Lunenfeld Research Institute in Ontario, a team of researchers interviewed approximately 576 patients who had been diagnosed with breast cancer and 1,135 people who had no evidence of cancer. The report found that individuals who worked at an outdoors job between the ages of 10 and 19 had a roughly 40 percent reduction in their breast cancer risk. And those who engaged in frequent outdoor activities (exercise related or not) between the ages of 10 and 29 had an estimated 35 percent lower risk for breast cancer.

In most nations this good news is overshadowed by skin cancer related messages, which urge people to fully cover up before heading out into the light. Most doctors agree that a few minutes of uninhibited sunshine per day can be very beneficial. However, the American Cancer Society’s Deputy Chief Medical Officer, Len Lichtenfeld, MD, maintains his recommendation that any time spent in the sun must include sun protection.

Fortunately, the benefits are not linked to sunshine alone. Vitamin D intake through foods and supplements was also linked to a decrease in the occurrence of breast cancer. For example, taking cod liver oil, one of the richest food-based sources of the vitamin, between the ages of 10 and 19 reduced breast cancer risk by about 25 percent.

And the risk reduction benefits of Vitamin D through diet and lifestyle remained significant, even when adjusted for other breast cancer risk factors such as ethnicity, age, close relatives with breast cancer, age at menarche, and age at a woman’s first birth.

Raw milk, not the type you typically buy in stores, contains only very small amounts of vitamin D. During milk processing, most dairy milk producers fortify the milk with vitamin D. It’s usually fortified to be about 400 IU per cup. So no, dairy milk is not a “naturally” good source of vitamin D. It’s fortified just like dairy-free milk beverages and other foods.

How Much Vitamin D is Enough?

Another research group out of the University of California, San Diego concurred that an increase in dietary Vitamin D may help prevent breast cancer. In fact, they stated that the optimal level of Vitamin D intake might be more than three times the current average for Americans.

In their pooled study that included 1,760 women, Vitamin D blood serum levels that equated to approximately 1000 IU (International Units) of daily Vitamin D consumption, were associated with a 50% reduction in the risk of breast cancer. And some of their more recent research indicated that intakes of 4000 to 8000 IU per day may be needed to aid in reducing cancer risk. At present, the average American consumes only 320 IU of Vitamin D per day.

The positive outcomes of these and other cancer related Vitamin D studies have prompted the call for more intensive research. Researchers and food manufacturers have high hopes that the sunshine vitamin will become a superpower in the fight against disease.  If their expectations come to fruition, consumers shouldn’t be surprised to see a publicity hype that surpasses the calcium fortification fad of the past decade.