Diane ~ I started having allergy symptoms several years ago without realizing it. I would wake up nauseated and retching, with diarrhea, and not feel better until 24 hours later. Two years ago in May I came down with what I thought was a “summer cold” that wouldn’t go away. When I went to the doctor, he told me it was allergic rhinitis and prescribed one of the popular OTC antihistamines. They sort of worked, but I still had periodic bouts of nausea. I took the medication all through the winter and when allergy season rolled around again, it didn’t seem to work very well anymore …

When I went back to the doctor, I was told I had sinusitis and was prescribed antibiotics and steroids. This happened three times before they sent me for a CT scan of my sinuses (normal) and then to an allergist. The allergist tested me and told me I was mostly allergic to sagebrush and somewhat allergic to grasses. BTW – I live in high desert wheat country.

I had finally figured out that what was causing the nausea was post-nasal drip, and that I could control that with a prescription non-steroid nasal spray. But I kept having intermittent bouts of uncontrollable drip and consequent nausea even through the winter. I finally went to an acupunturist in January of this year who suggested I try eliminating dairy from my diet.

I stopped drinking milk many years ago, and thought I really wasn’t eating that much dairy food, and had resisted this suggestion before. This time I tried it and eliminated yogurt, cheese,  butter, and foods made with dairy products or by-products.

It is now early August, the weeds are blooming, and I am pretty much allergy free. I take no antihistamines, and wear a dust mask when I garden or mow the lawn. I keep a bottle of the anti-drip spray handy just in case, but have only had to use it once or twice (whacking waist-high weeds without a mask-oops).

Friends tell me this has been a bad allergy year, but I am fine. I will never go back to eating dairy food. I miss treats like exotic cheeses, but I don’t miss being sick to my stomach half the summer.

I’ve also lost about 7 pounds – without trying! – bringing me back to what I weighed 20 years ago. 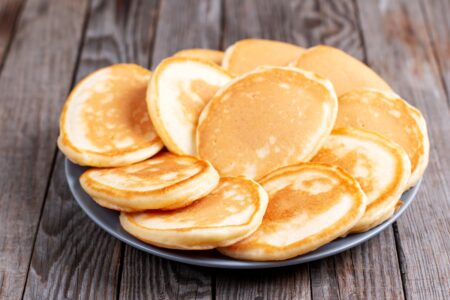 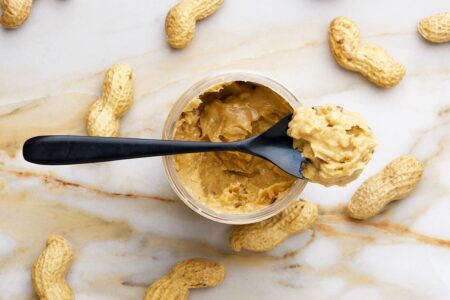 25 Dairy-Free Peanut Butter Recipes Worth Stocking Up For