I have been a big fan of Cybele Pascal ever since I picked up her first cookbook, The Whole Foods Allergy Cookbook, and I was eager to see what she had to share in the world of baking with her second tomb, The Allergen-Free Baker’s Handbook. 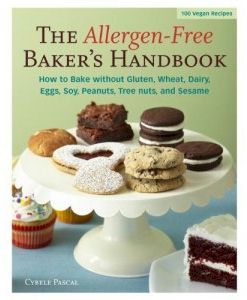 To note, I am strictly dairy-free, but I do eat gluten, eggs, and nuts with some regularity, so my taste buds are still pretty in-tune with traditional gluten- and egg-based goodies. Nonetheless, I love to experiment with the different tastes and textures of gluten-free flours, and frequently make vegan baked goods. And I can honestly say that the recipes in this book didn’t disappoint. In my household, we each had our favorites, but overall The Allergen-Free Baker’s Handbook received a solid thumbs up.

The first two chapters address pantry stocking, ingredient explanation, kitchen equipment, and how to make ingredient substitutions. Cybele then moves swiftly onto a load of recipes … cookies, cake, yeast bread, muffins, scones, cobblers, biscuits – if it is a traditionally flour-based good, it is in this thick book. 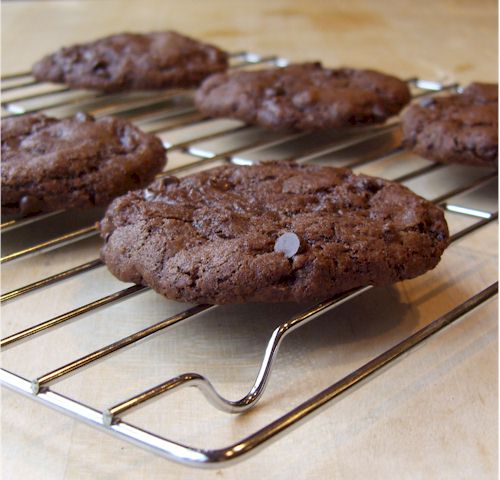 I frequently make vegan double chocolate chip cookies, and these were similar, but they had a different texture that was a bit grainy – probably due to the brown rice flour I used. I purchased one from the bulk bin (not recommended for those who may be gluten sensitive from cross-contamination), and I am pretty sure it wasn’t the superfine brown rice flour from Authentic Foods – which is the one Cybele and many other gluten-free bakers recommend.

Regardless, they were delicious. In fact, my husband was a bit miffed when he came home from work and I had polished off the last one. I tend to bake in small batches, refrigerating the dough until the next batch. And as you can see, refrigeration yielded a thicker cookie, with more of a fudgy center. I think this was my preferred method … 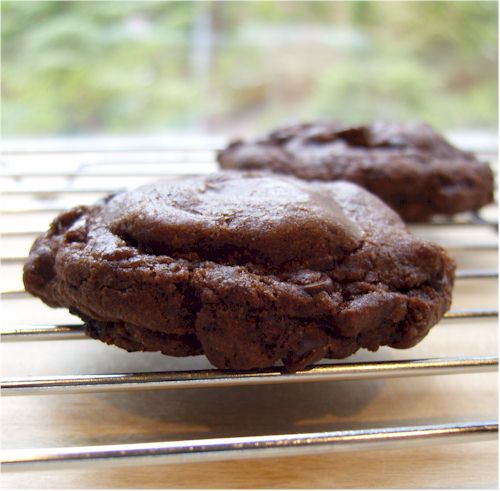 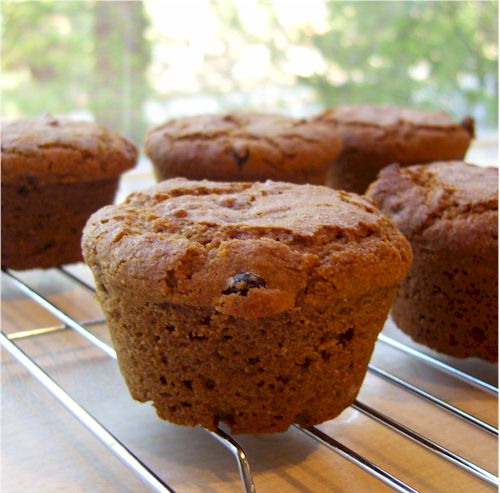 Without damaging the integrity of the recipe from The Allergen-Free Baker’s Handbook, I actually turned Cybele’s Gingerbread Muffins these into Maple Cinnamon Muffins, and reduced the sweetener by a touch (my husband isn’t a fan of ginger or gingerbread, but I loved the basics of this recipe).

The texture of these was so marvelous. They were very hearty, almost like a bran muffin, but not dense. They still had a nice, very cohesive, muffin texture (plus a light crunch from the brown rice flour) that caused the entire half batch to disappear in 24 hours. I was glad that I reduced the sweetener though (I left out the extra 2 tablespoons and replaced with some added liquid), as they were plenty sweet without this extra jolt. 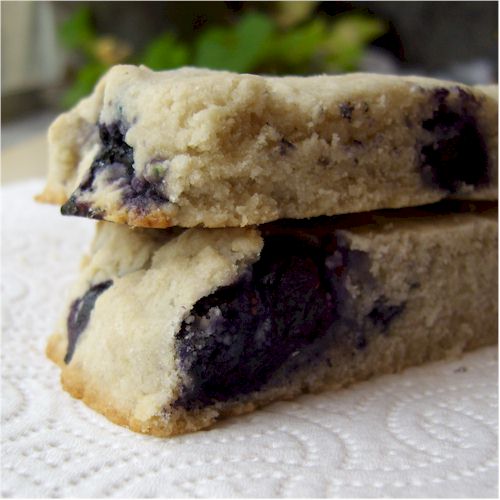 My husband really liked these, but said they needed some of those large sugar crystals on top for perfection. I admit, I thought they were okay, and quite good in terms of texture, but something wasn’t quite hitting the mark for me with the taste. I will have to experiment more. The recipe in The Allergen-Free Baker’s Handbook calls for non-dairy yogurt, and I used blueberry, also adding in a cup of frozen blueberries (for a full batch). I had to add a little bit more of the flour mixture to be able to handle the dough, which I fear kept them from rising at all while baking. They pretty much came out just as I put them in, without the slightly elevated dome I have come to recognize with scones. I think next time I would stick with the recipe as is, but do them as drop scones rather than worrying about shaping.

I think what impressed me most about The Allergen-Free Baker’s Handbook was how well tested these recipes are. I live at a higher altitude and was very happy that Cybele didn’t rely on extra leaveners (so many vegan recipes go overboard with baking soda and baking powder, which causes the goodies to deflate when not at sea level), but rather found the right blend of ingredients for solid results every time.