Can you believe it? The day is finally here … “Cheeses” that are not only dairy-free and vegan, but soy-free too! 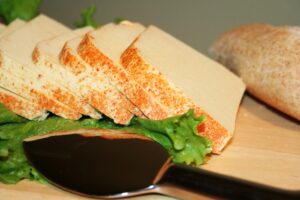 These food pioneers never cease to amaze me with their ever-increasing innovation. Yet, the most interesting part is that the products are improving as companies actually move backward in the evolutionary scale of production. 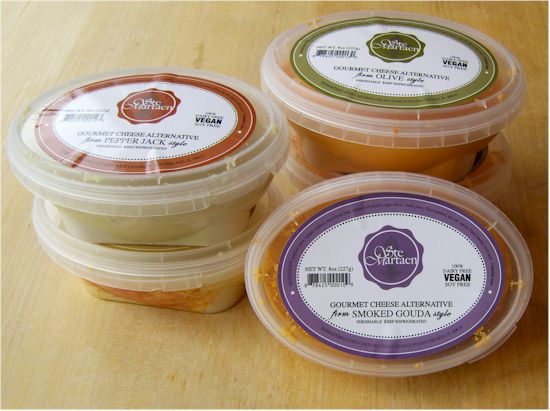 I had the opportunity to taste each of the five flavors from this up and coming vegan “cheese” maker, and it really was a delight. Ste Martaen Vegan Cheese comes in solid blocks (within tubs) that shred and slice beautifully. It is softer than a cheddar, and perhaps most comparable in thickness to fresh mozzarella. 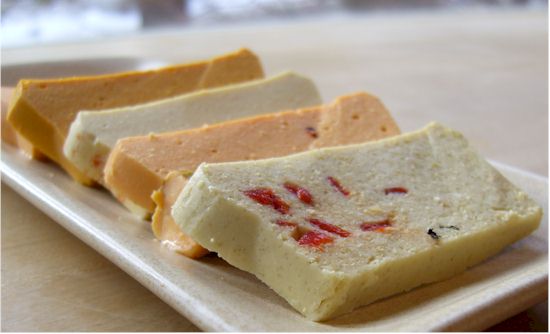 The taste of Ste Martaen Vegan Cheese was excellent. Not spot on with dairy cheese, and slightly milder, but there were definitely some cheesy influences in there. I actually found this “cheese” rather addictive, especially after the official taste-testing was done, and I stopped trying to relate it to cheese, but actually enjoyed it for what it is. It is really quite tasty and flavorful …

When tasted straight, this Ste Martaen Vegan Cheese alternative has a very mild and slightly cheddar-like flavor that eventually (after several bites) began to remind me more and more of Jack cheese. Of the lot, I actually preferred this one after a few seconds in the microwave; the cheesy flavors literally came alive with some heat. 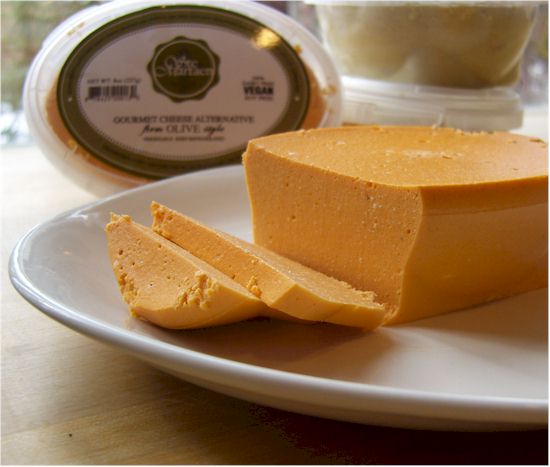 This flavor had a richer, deeper taste than the others, which I quite enjoyed. I confess that my memories of dairy Muenster are so distant that I can’t compare. Regardless, I found this variety very pleasing.

I simply adored the flavor of this cheese. It was nice and spicy (jazzing up anything I paired it with), but just hinted at cheesiness.

Care must be taken in slicing this one as the olives are rather sizable and can cause some misshapen slices since knives don’t cut through them as smoothly as the cheese. If you go for too thin of a slice, then you may not get a clean cut. Looks aside, the olives make this an excellent pimento-style loaf. The cheese is mild and slightly tangy, but the olives add a flavor pop.

The taste of this Ste Martaen Vegan Cheese alternative starts out quite mild and almost cheddar-like, but the aftertaste hints at the smokiness of gouda cheese.

Like all vegan cheeses that I have tasted to date, there are some limitations. I could not get Ste Martaen Vegan Cheese to really melt, except in the microwave. I even tried cooking it into a sauce on the stovetop. 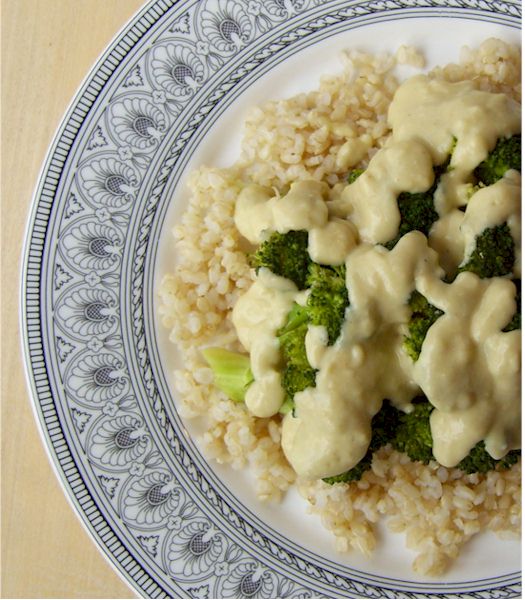 It broke apart and generally melted with a lot of consistent whisking, but not to a purely creamy consistency (as you can see in the pictures above and below of the “gouda sauce” and “colby sauce” that I made for my veggies) and it quickly re-solidified as I snapped some photos. It wouldn’t budge atop my pizza, whether baked or broiled. However, when spread in a thin layer in a dish and placed in the microwave for just 15 seconds or so, it did melt and even start to bubble. 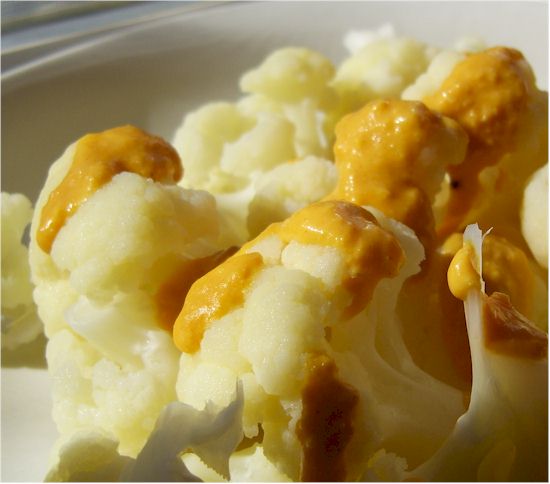 In relation to this, the texture was Ste Martaen vegan cheese was a touch too gelatin-y, in my opinion. Since the images and recipes on the Ste Martaen website show a cheese that melts fairly easily, I am thinking that the batch I received may have been a bit heavy in agar, which is great at solidifying and gives a gelatin-like texture. I am actually okay with a slightly softer cheese with less agar, even if it doesn’t slice as well – but that may just be my personal preference. To note, I have always preferred cheesy spreads and sauces over solid cheeses.

That said, I thought Ste Martaen vegan cheese alternative worked perfectly when thickly sliced and placed atop crackers, when thinly sliced for sandwiches, and grated atop salads. It just didn’t function as well in the melting department. I would really love to see them come out with a “cream cheese” actually. I could really taste the potential for this. 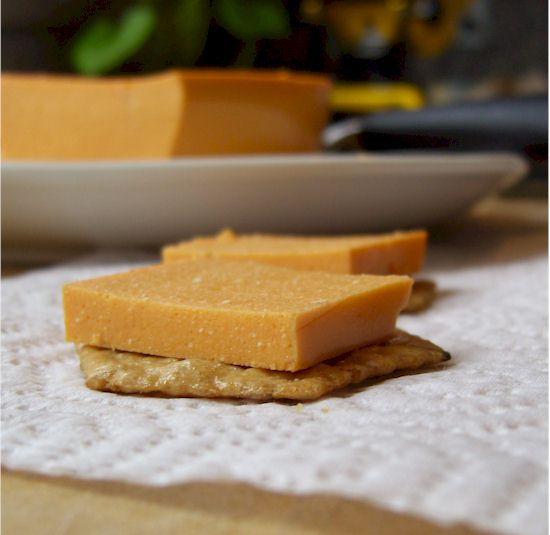 Availability: The distribution of Ste Martaen vegan cheese is somewhat limited, but they do ship throughout the U.S., direct to customers, from their website.

Certifications: I do not believe Ste Martaen vegan cheese has any certifications at this time.

Dietary Notes: By ingredients, Ste Martaen vegan cheese is dairy-free / non-dairy, gluten-free, grain-free, nut-free, peanut-free, soy-free, vegan / plant-based, and vegetarian. Nonetheless, check with the company on their manufacturing processes for all varieties if potential allergen cross-contamination is an issue for you. Processes and labeling are subject to change at any time for any company / product.

I wavered between 3 and 4 stores due to the pleasant taste of each variety. But the texture posed some limitations. It was pleasant on crackers and in sandwiches, but has a notable, lightly gelatinous consistency that refuses to melt or stay melted, even with quite a bit of coaxing. However, we did love the diverse flavors and rather wholesome soy-free ingredients.