In Blaire, Book One of American Girl’s 2019 Girl of the Year, we learned that Blaire Wilson is lactose intolerant. The story line touches on struggles with her new diet, which you can read about here. Book Two, Blaire Cooks Up a Plan, dives into more social situations with food.

As I did in my review of Blaire, I am listing dairy-related events that occur in this book. There are a few spoilers for the food-related scenarios, but not the overall plot. 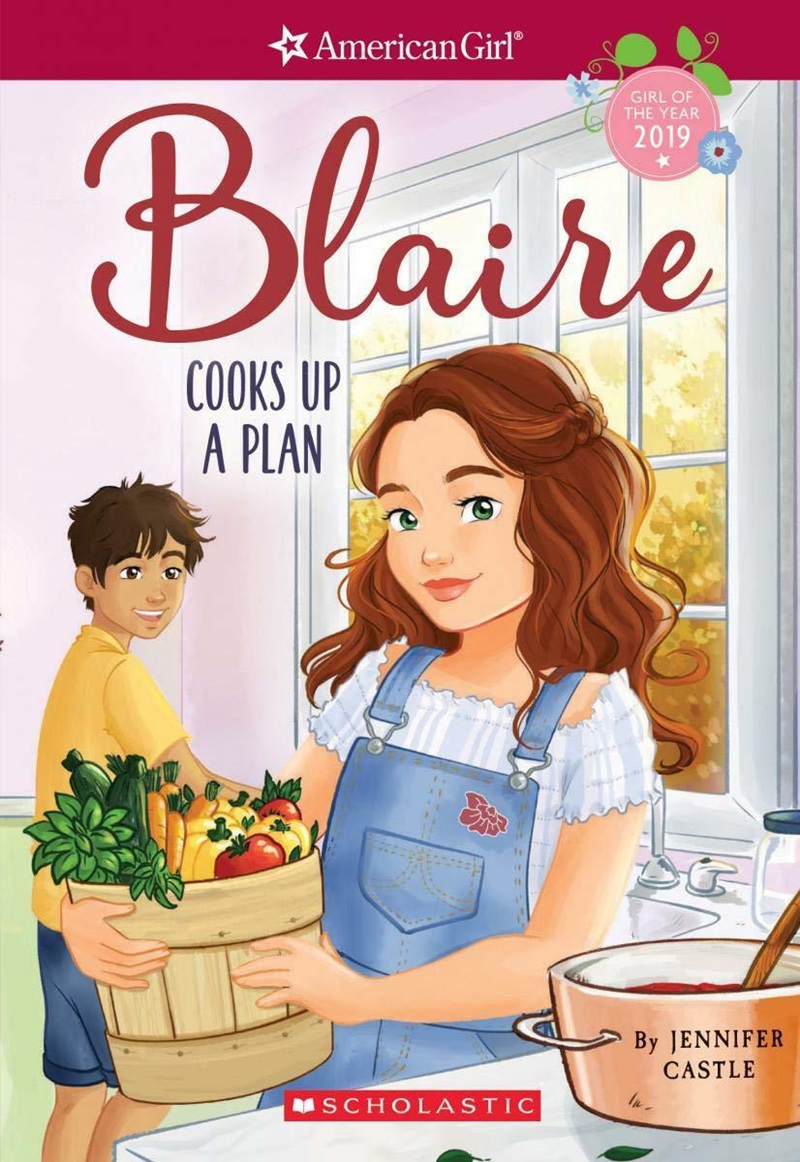 American Girl Blaire Cooks Up a Plan and Dairy-Free Brownies

In the first chapter, “Kids in Pajamas,” Blaire tells her best friend Thea that she has to continue to eat a dairy-free diet. She explains that after her three-month trial of eating dairy free, her doctor said she could try dairy again.

It would have been great if I didn’t get sick right away. I had some of Mom’s homemade macaroni and cheese, and after I ate it, I got cramps and ended up in the bathroom for an hour. I tried some ice cream a few days later, and the same thing happened.

Blaire goes on to explain that she can’t eat dairy for the foreseeable future. She’s gotten used to eating dairy free at home but dreads doing so at school. She knows people are going to ask questions, and she doesn’t want to talk about it.

Blaire’s fifth-grade classroom has a weekly “Monday Madness” snack. Each child takes a turn bringing in a snack to share. Blaire’s mom provided shelf-stable dairy-free snacks for the teacher to keep on hand. Blaire’s teacher quietly shows Blaire where the snacks are kept and asks her if she wants to explain about her intolerance; Blaire declines. Her friends cause a distraction so no one notices Blaire substituting a snack.

The boy providing the snack asks Blaire why she isn’t eating it. Her friends support her, and her teacher says, “Blaire is swapping out a snack from home,” before changing the subject.

Blaire gets involved at her local food pantry. She writes up recipe cards to entice children to eat vegetables. Some of the recipes she includes contain dairy. Her brother, Beckett, points out that she can’t eat those recipes anymore. She replies that they’re her all-time favorites, and she thinks the kids will like them.

I turned around and looked at Dad. ‘Maybe Mom would help me experiment with a nondairy version of the cheddar soup.’ Dad reached over and squeezed my shoulder. ‘I’m sure she would. I’m proud of you, honey. You’ve done a great job learning to cook–and eat–without dairy.’

In Chapter 6, Blaire faces her first Pizza Friday of the school year. She wants to eat elsewhere, but her friends encourage her to join them in the cafeteria. Her mom packed her a dairy-free personal pizza for her lunch. Blaire’s friends compliment it. Then two girls walk by and one of them asks, “Since when do you bring your own pizza on Fridays, Blaire?” Blaire’s friend Thea stands up for her.

Thea then says, “…it’s not like you’re the only one with food stuff to deal with,” indicating the nut-free table. Blaire recounts:

‘You’re right,’ I said. ‘Being around other people eating dairy isn’t dangerous for me.’ I was glad I didn’t have to sit at a separate table, without my friends. There were plenty of people who had it worse than me in the Foods You Can’t Eat department. Some kids could get really sick, like rush-to-the-hospital sick, if they accidentally ate something with nuts in it. If I ate dairy, I’d get some pretty bad stomach cramps, but that wasn’t the same thing.

After lunch, Blaire and Thea buy dessert. They both buy strawberry popsicles, which Blaire says she and her mom discussed and decided were safe for Blaire to eat. Thea suggests changing Pizza Fridays to Popsicle Fridays. 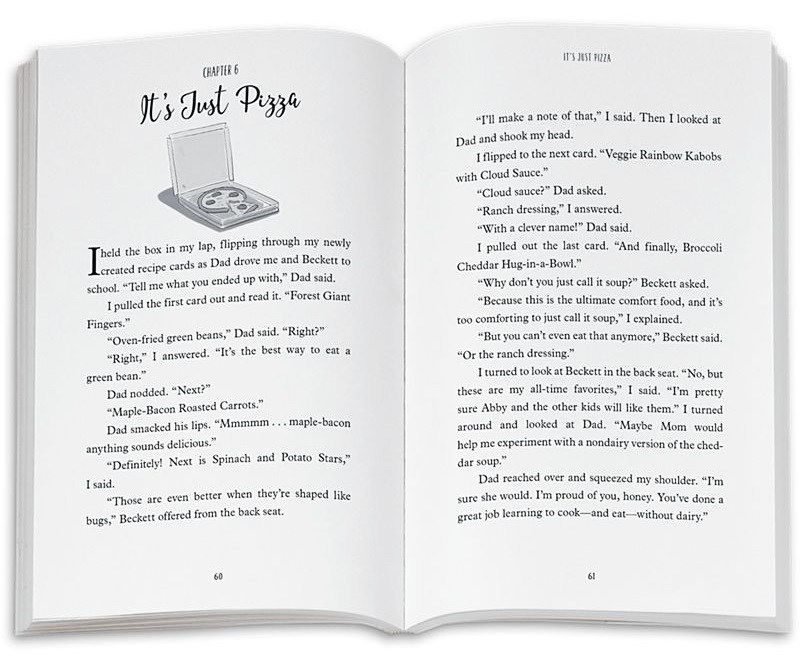 Blaire’s class celebrates Kristina’s birthday. Kristina brings sugar cookies to share and offers one to Blaire, who declines. She eats a safe snack from the cupboard instead, and thinks about how it hurts her feelings that she can’t eat what everyone else is eating.

In chapter 12, “Sauce Day,” Blaire’s friend Eli celebrates his birthday. He brings homemade dairy-free brownies that his mom made to share. Blaire does not double-check the ingredients with Eli. She eats the brownie and is touched by his thoughtfulness.

Toward the end of the book, Blaire and Eli discuss feeling different from everyone else. Blaire because of her lactose intolerance and Eli because of a huge loss in his life. Through Eli and some other characters, Blaire realizes that other people are dealing with more difficult issues than her food restrictions. She is also able to talk with a friend about how hard it is to be different.

Here are a few of my thoughts and concerns after reading this book: 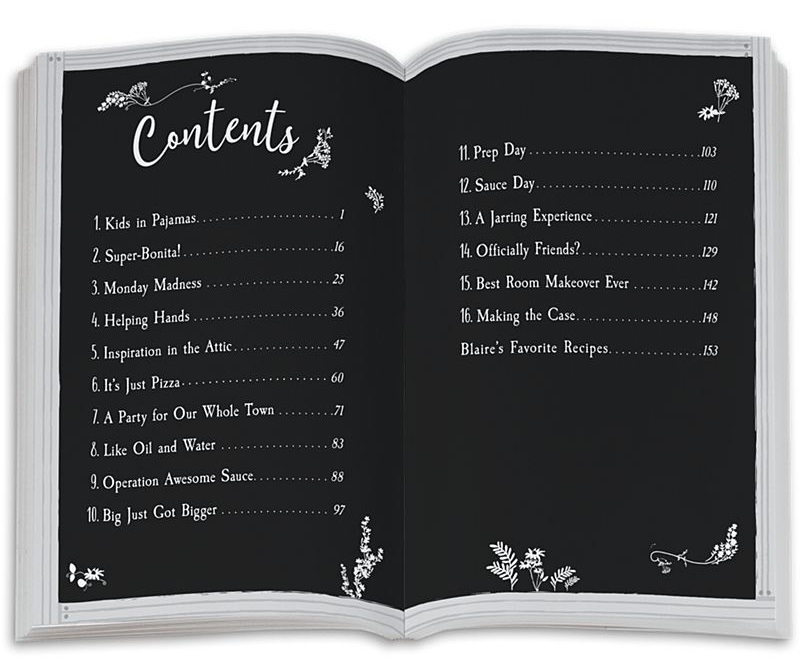 Three recipes are included at the end of Blaire Cooks Up a Plan, all of which are dairy-free and are featured in the story itself. As a takeaway, my milk allergic daughter and I tried the dairy-free brownie recipe. We loved it, and I think you will also enjoy this American Girl Dairy-Free Chocolate Chip Brownies Recipe! 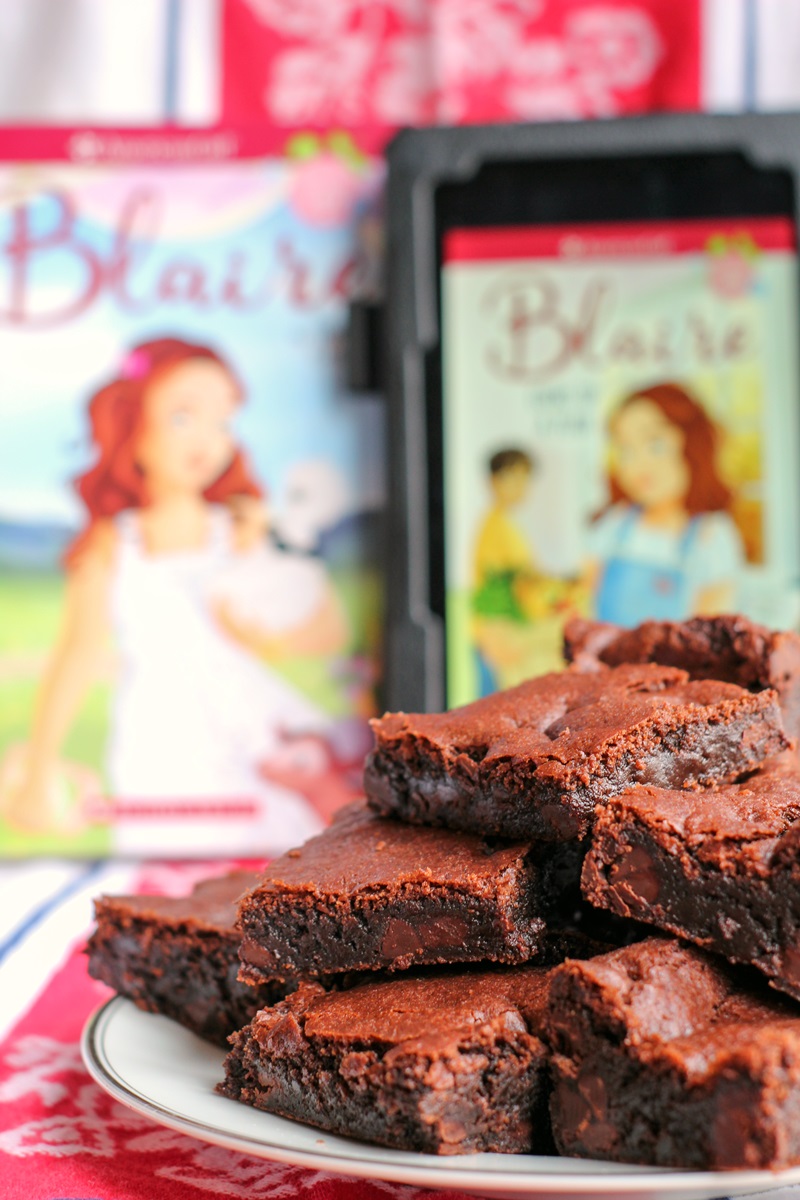 If you haven’t read it already, enjoy my review of Book One: Blaire! And please do leave your own review below if you have read Blaire Cooks Up a Plan. 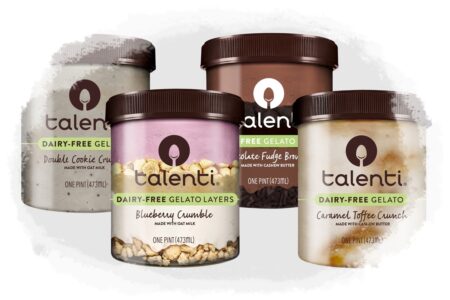