I must confess … once in a while, when hunger strikes, and I just don’t feel like cooking, it’s nice to discover some ready-to-go frozen entrees in the freezer.  Such was the case the other day, when two more Amy’s entrees saved us from possible starvation (slight exaggeration). This time it was Amy’s Indian inspired meals. 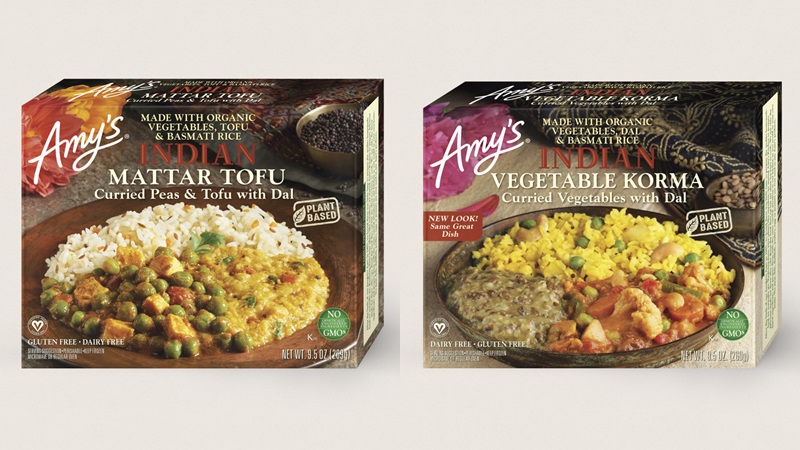 As with most frozen entrees, the picture on the box was a bit livelier than the actual contents.  Luckily, its image was quickly boosted by some satisfying flavor. 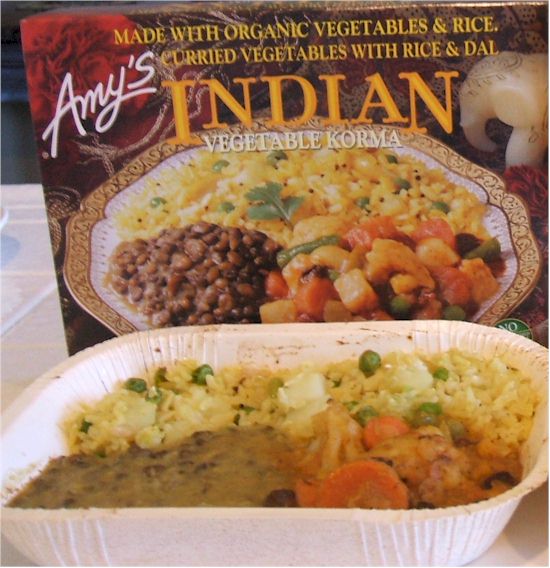 The “tender organic vegetables in a curry sauce” was surprisingly spicy (but not unreasonable) and bold.  The mix was rich with cauliflower and contrasted with a few sweet raisins.  This was my favorite part of the entrée, but some more rice to enjoy the heat with would have been nice.

As for the rice that was there, it was quite mellow, slightly odd in flavor (not off-putting, just odd), and it was laced with cubed potatoes and peas.  Alas, it didn’t quite cook all the way, so some of the rice was a bit chewy.  Overall, I might have preferred to just make my own side of rice, double the batch of course.

The third portion of the dish was a dal.  Admittedly, I have no prior experience with dal, so I couldn’t offer a quality comparison.  I thought it was good, mild and flavorful, and very creamy.  It was similar to a rich cream, spiked with a good dose of lentils and beans.

Overall, I enjoyed the unique flavors.  Just a quick swap (and doubling) of the rice, and lunch is served! 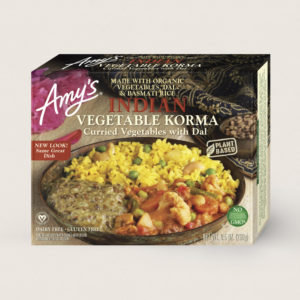 I really hadn’t associated green peas with Indian Food, until I trialed these entrees.  As a subtle addition or as the showcase ingredient, there seemed to be peas in just about every little dish.  Speaking of, the curried peas in this meal were good and very mild, with some tofu scattered throughout. Yet, somehow, I still have trouble tasting peas as a main entrée. 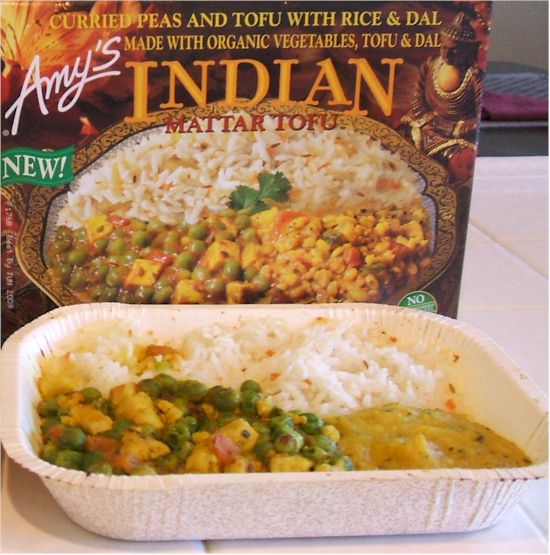 The rice in this meal was pretty much white rice, with no particular flavors standing out.

The dal was a bit of a surprise, as it looked absolutely nothing like the picture on the box.  The picture seems to show a chunky mix with a good deal of corn.  The one in the package was definitely pureed, with just a few corn kernels throughout.  It had a curry like spice, with a relatively mild heat.  Not bad, but I think a “chunky” style dish would have been my textural preference.

I split each frozen meal with my husband, for some variety and another opinion.  Like me, he felt that both dishes were good overall, and full of flavor, but he prefers the other Amy’s meals we have tried thus far. We were both “wowed” by Amy’s Baked Ziti.  However, I must admit that we have little experience with Indian food, usually opting for Thai food when the curry cravings strike. 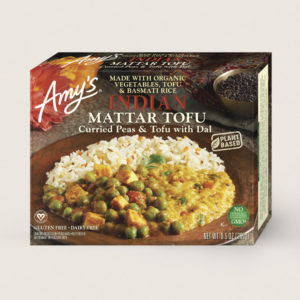 Availability: Amy’s Indian Frozen Entrees are sold at Sprouts, Whole Foods, and various grocers throughout the U.S. and Canada. Look for them in the frozen entree section or in the frozen special diet section, if the store has one.

These have nice flavors, but like a lot of frozen entrees, the cooking is a little spotty.