Ignore the online "labels" and just look at the box. These are creamy (not cheesy) pasta dinners that are prepared like good 'ol mac and cheese, and even look a bit like it. But that's where the similarities end. The sauce is rich and pumpkin-y, but not overpowering. We thought it was quite good in its own right and a great back drop for flavorful add-ins. 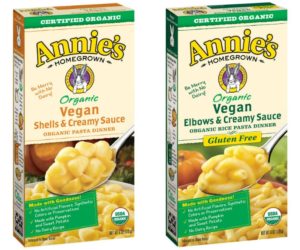 At first I thought it was a bit deceiving. Annie’s Organic Vegan Pasta Dinners are listed in the “mac & cheese” category on Annie’s very dairy-filled website. And the sauce does have that orange-ish processed cheese hue. However, they make no cheesy claims on the box. For that reason, I didn’t dock any stars in my rating for the complete lack of cheese flavor.

And honestly, we both liked it. 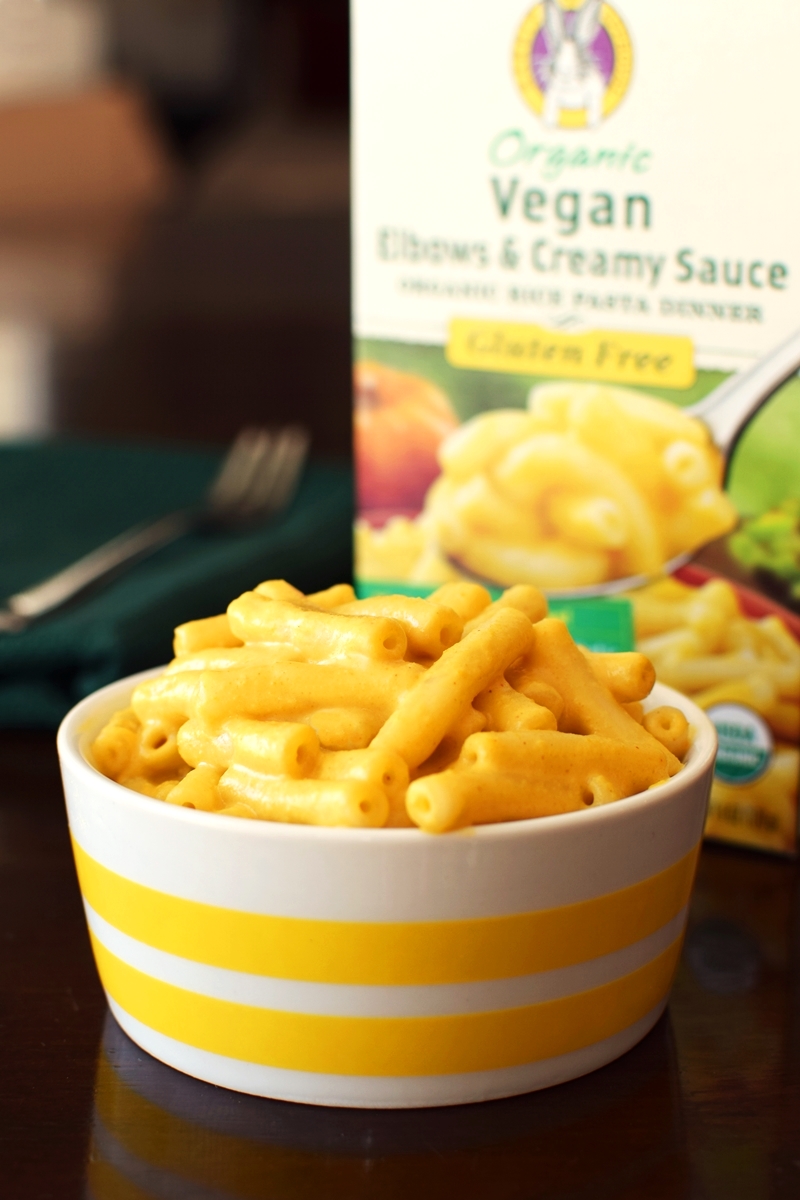 There is no tang or nutritional yeast depth, but the sauce was very rich, creamy, and quite satisfying. The flavor is notably pumpkin, yet mellow enough to be quite versatile with your favorite pasta add-ins. Tony is a bit hard to please with faux cheese, and I think he really liked that this wasn’t trying to be something its not.

If I had one complaint about the flavor, it would be the need for a pinch more salt. Although we did use the optional buttery spread in preparation, the sauce needed just a little more oomph. But that’s easily rectified with a little seasoning to taste. Also, we trialed the Gluten Free Elbow variety of Annie’s Organic Vegan Pasta Dinners, and the noodles took a few minutes longer to cook than the box stated. To note, the wheat-based Shells & Creamy Sauce variety appears to have identical sauce ingredients. It’s just made with wheat pasta shells instead of rice elbows. 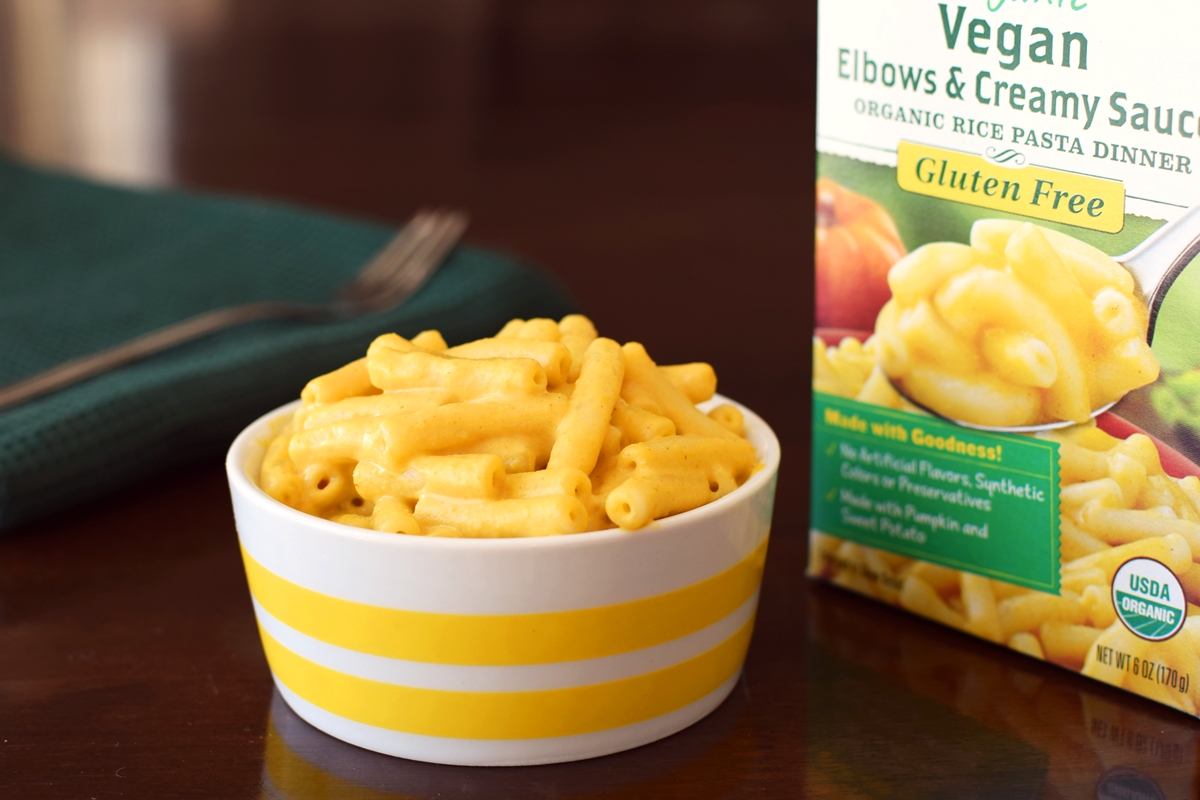 Certifications: Annie’s Organic Vegan Pasta Dinners are Certified Organic. They are labeled as vegan, and the variety we trialed is labeled as gluten free, but we did not note certifications for these.

Dietary Notes: By ingredients, Annie’s Organic Vegan Pasta Dinners are dairy-free / non-dairy, egg-free, nut-free, peanut-free, soy-free, vegan, and vegetarian. The variety we trialed is also gluten free by ingredients. Nonetheless, check with the company on their manufacturing processes for all varieties if potential allergen cross-contamination is an issue for you. Processes and labeling are subject to change at any time for any company / product.

For More Product Information: Visit the Annie’s website at www.annies.com.