Seventeen years later and still in mainstream circulation, it’s clear that the The Ultimate Uncheese Cookbook by Jo Stepaniak has serious staying power. No matter what trends come and go, it still holds many pearls of wisdom still ripe for the picking. 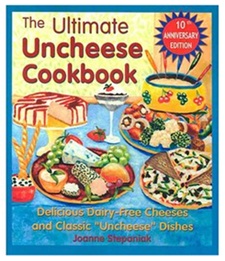 Even in this modern day and age of easily available store-bought non-dairy cheese substitutes, found in a vast array of flavors, with many that even melt and taste good, there is still room in the kitchen for homemade renditions. For the avid DIY-er or frugal cooking enthusiast, The Uncheese Cookbook remains the unchallenged authority on the subject. Reprinted and updated in 2003, it remains largely unchanged since its initial 1994 release, and considering how drastically the face of veganism has morphed since then, that fact should speak volumes by itself.

Not to say that this tome of cheesy concepts is entirely infallible, however. After a few trials of my own, it became startlingly clear that the recipes within could be very much hit-or-miss affairs.

Putting The Ultimate Uncheese Cookbook to the Test

Most intrigued by the idea of making block cheeses at home that could be sliced and grated at will, I started near the back of the book rather than the beginning. After all, the possibility of homemade vegan “Gooda” was just too tempting to resist.

An old childhood favorite, small wheels of smoked gouda almost always found their way onto the hors d’oeuvre table at many family functions, and had me hooked for most of my preteen years.

Firm but easily sliced, the consistency of the milk-less cheese surpassed my expectations from the moment it cooled and solidified. However, eaten straight away that same day, it struck me as having a pungent mustard flavor. Having utilized smoked paprika and hickory-smoked sea salt to impart a subtle undertone, it had just the right lightly smoke-y nuance. But it was far from any smoked gouda I could recall.

With confirmation from my cheese-eating mother, I was initially disappointed in this wild experiment, and tossed my unloved wheel into the fridge. Forgotten for two days, it managed to mature considerably, and was quite agreeably improved upon second taste. I still can’t claim it will calm any authentic gouda cravings, but I would not be ashamed to serve this up at any party. Moving on to the Muenster, or what I used to refer to as “monster” cheese. Once upon a time, it was a lovely little number, all dressed up in ruby red paprika and begging to be shown off to friends and family. This is the “cheese” that stole my heart, my favorite of the book thus far and a savory treat so good, I don’t think I shared even a sliver.

Mild but creamy, with an addictive umami-sort of whisper throughout, I would argue that this one might be able to fake it as “real” cheese. Perfectly complimented by the paprika coating, lending the pale block both a pop of color and sweetly spicy flavor, it was a delight to behold both with the eye and palate. This recipe alone is worth the full cover price of the book, and then some. Less successfully, I also tried the Almond Cream Cheez. Let’s just say, this one should get a pass, or perhaps a severe edit. The main issue likely stems from the use of arrowroot, which gives the so-called spread a texture more akin to gooey pond scum than any edible item.

There is hope for this misguided shmear, however, as the flavor itself was shockingly spot-on for cream cheese. Even dressed up as cute little cucumber and olive canapes, there was no saving that slime. Lightly tangy and with just the right balance of salt, I continued attempting to eating it time and again since the taste was so perfect, but the textural issues were simply unforgivable. With perhaps a bit of love and a new thickener, it could certainly become a winning option as well. Branching out a bit into composed dishes, I found the suggestion of a vegan Blintzes (pictured below) wholly intriguing, and highly worthwhile. Made of gluten-free, chickpea flour-based crepe and mashed tofu filling, the recipe was deceptively simple.

My own sad crepe-making skills may be largely to blame, but truth be told, I couldn’t get one whole crepe out of this mix as written. Only after adding a good measure of glutenous white flour was I able to turn out a feeble three or four flat pancakes. Tasted alone, the assembly was admittedly rather bland, but paired with a basic blueberry sauce, deemed not at all bad by all eaters present. The labor may not be worth such a lukewarm review, but once more, I feel that there is immense potential given a few more flavorful tweaks. Considering the overwhelming list of options, I would hardly consider my review to be exhaustive, though, and would strongly urge anyone interested to give it a gander for yourself. Whole sections of appealing savories such as stews, casseroles, and other main dishes went entirely untouched, so I have no doubt that the potential to find more stellar recipes is a 100% likelihood. All things considered, I think that this is still a cookbook that every vegan or otherwise lactose-intolerant person should own.

You can take the leap and order The Ultimate Uncheese Cookbook on Amazon to try for yourself, or give a sample recipe a try first. Jo shared her Vegan Macaroni and Uncheese Casserole Recipe with us as a sample for you. 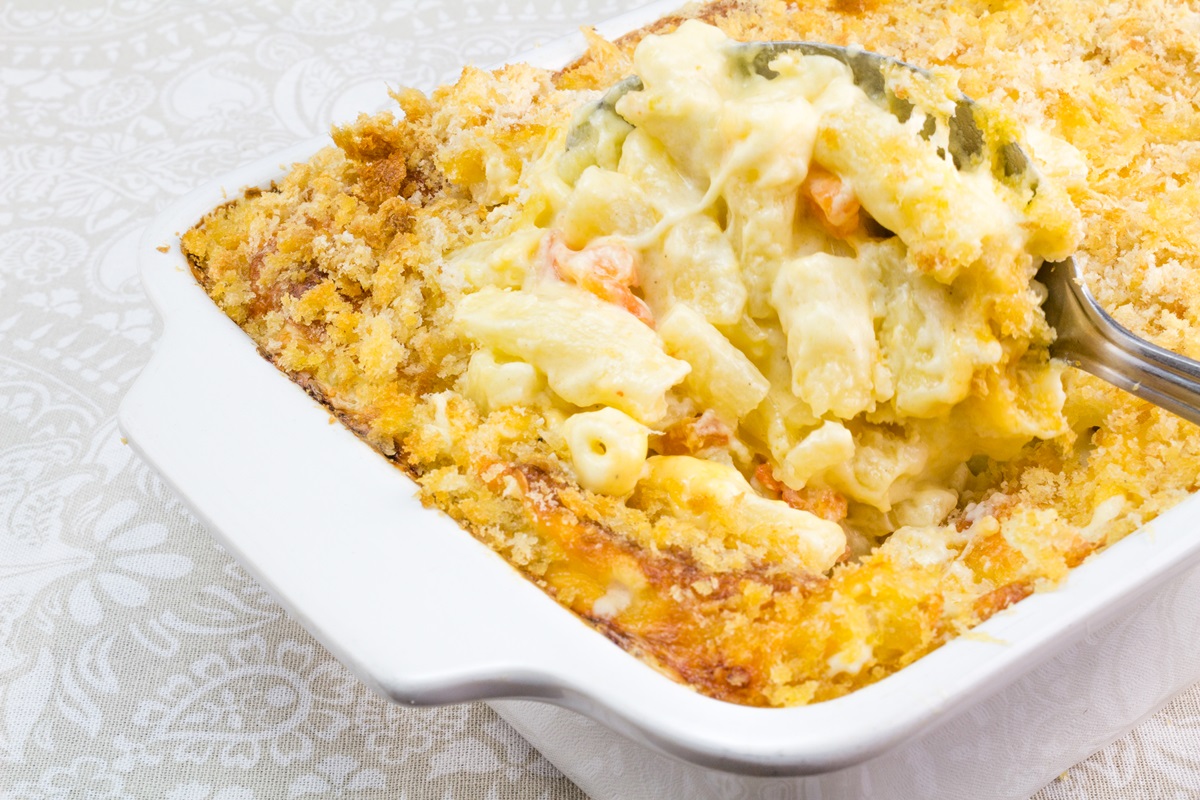 I would buy this book for the “muenster” recipe alone, but had troubles with several of the recipes. Some great concepts, but a lot of the recipes need tweaks. 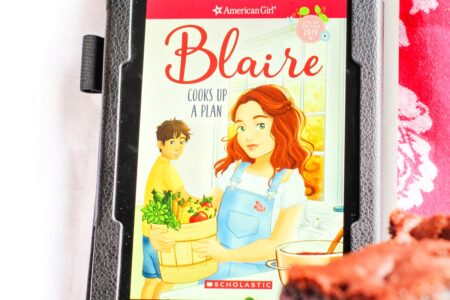 American Girl Blaire Cooks Up a Plan and Dairy-Free Brownies 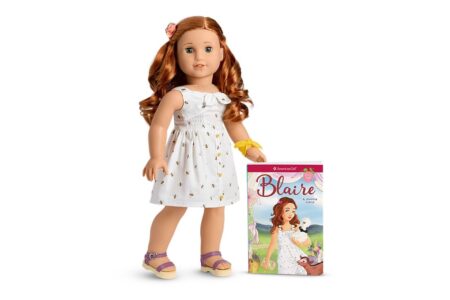 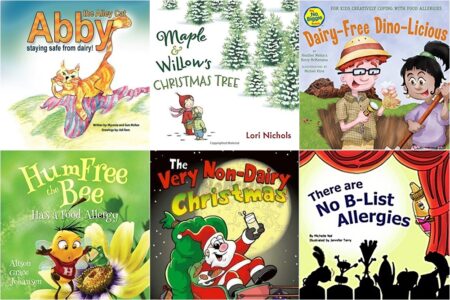 The Best Dairy-Free Children’s Books for Food Allergies & Beyond