While I have been smitten by many cookbooks, each one giving me that initial pang of excitement as I scan the wonderful dishes that could be, there have only been a few that have gone from first viewing to the kitchen within 24 hours.  In fact, it had been a long while since I had even tried a new cookbook recipe.  It seems there is always one special ingredient left to purchase, or I quite simply lose interest when glancing through the steps involved.  Yet, The Whole Foods Allergy Cookbook was in my kitchen, already getting into the line of fire (I’m not the tidiest cook) by the day after it arrived.  As it happened, there were recipes so simple, so undaunting that I had everything on hand and ready to go.  Sure, my first ventures weren’t full meal recipes, but they certainly helped to ease me into some new ideas.

I loved the casual tone of this cookbook, and the unpretentious way Cybele Pascal approached recipes that I may have previously found intimidating.  She brings a gourmet touch to the world of food allergies that I had yet to see.  However, her recipes are surprisingly easy to master, and some are merely great ideas.  I was immediately inspired by her Chocolate Covered Raisins recipe, so incredibly simple to make, yet something I had never thought to try at home.  My husband adored the Saffron Rice, which offered a delicate touch to our rather meat-heavy dinner (the salads were gone before the rest of the meal was even started!).

As the week progressed, I stepped it up a notch, trialing Raf’s Cuban Rice and Beans (I used a mix of red and brown rices), the Penne with Cauliflower and Olives (I couldn't resist adding veggies to this baseline dish), 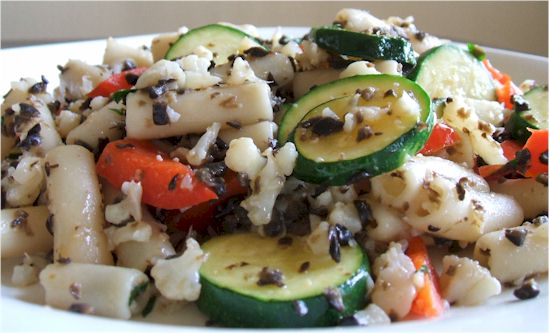 …the Falafels (which my husband loved!) and even the Creamy Avocado Chicken Salad (I ran out of lettuce and bread, serving mine over quinoa). Each turned out quite well, though I did have a bit of a penne mishap – that brown rice pasta just wouldn’t cook!  With so many “doable” recipes that sound good from the get-go, I have no doubt that this cookbook will continue to see some mileage. 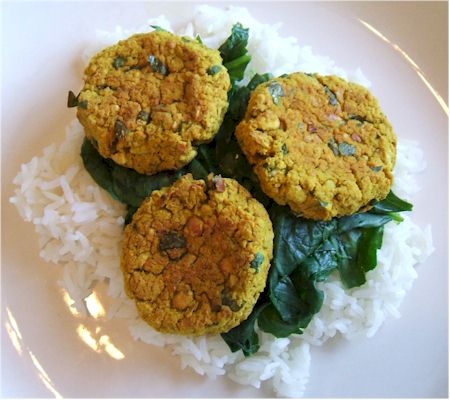 Every recipe in the Whole Foods Allergy Cookbook is free of the top eight allergens, including eggs, milk, wheat (some recipes do contain gluten), tree nuts, and peanuts.  There is no need to search through to figure out which recipes work and which don’t as with some supposed allergy cookbooks.  In fact, Cybele even provides “reverse conversions,” telling you how to add back an allergen should it not be a problem for you.

The focus is on real food, using whole foods whenever possible, or calling for only “lightly-processed” foods, if you will.  To make it a one-stop shop, the cookbook covers recipes for every meal, snacks, and desserts.  I am trying to watch my sugar at the moment, so I held back from the Chocolate Fondue and Rolled Maple Sugar Cookies, but there is no reason for you or your family too!

If there were any comment I could make for improvement, it would be to add more specifics and tips.  While her recipes are quite friendly to even novice cooks, I did find myself asking questions at a few points. When making the black beans, do I drain the cans or just dump them in?  Could I use dried?  How much would ½ head of cauliflower be? At my local grocer the conventional head was about half the size of the organic (odd I know).  Some weight or cup measurements would be helpful.  Also, it is a pet peeve of mine when food processors are called for with no alternative method.  One of the recipes I attempted in the blender with absolutely no success, returning to a hand method.  This would have been nice to know in advance before I dirtied an appliance.  In the end though, I did end up with some pretty tasty dishes!

There are many cookbooks I have liked, some I have loved, okay even a few that I have hated, but Cybele Pascal actually got me back in the kitchen.  Now that is a testimony in itself.

For more on the specific recipes I trialed, visit One Frugal Foodie.

The Whole Foods Allergy Cookbook is available via Amazon.  It is also available in Canada and the UK.