Some sweet pantry staples are so ubiquitous throughout the world that they need no introduction or explanation, and the famous Oreo cookie definitely gets the honor of such an assignment.  With nearly 5 billion of the black and white sandwiches made every year, it’s no wonder that they’ve become such a facet of not just midnight munchies, but our pop culture too. After such a long, successful run on the mainstream market, it was inevitable that spin offs became vast and varied, finally moving into the realm of wholesome ingredients at long last.  We owe a great debt to the original for the concept, but not so much for the content- Only some versions are vegan, and it was a short four years ago that trans-fats were painstakingly removed.  Luckily, there’s no reason to dally over the questionable intentions of mega corps when compassionate companies such as Late July have taken their own stab at this sweet treat, with no ulterior motives than making a superior cookie.

Attractively packaged with enticing graphics and even more alluring names, I was already quite taken with this product before I had even had a taste.  Available in big boxes and small 4-cookie packs, Late July can suit all your needs, whether you want to grab a portion-controlled snack for a packed lunch or stock up on a box for baking.  Made with whole grains, all organic, no trans-fats on top of all that, they sounded too good to be true.   Even a bad sandwich cookie is usually okay, so I dug in without reservation, reaching first for the double threat of cocoa-goodness offered by the Dark Chocolate cookies. Smelling strongly of chocolate from the moment I ravenously tore one out of the protective packaging I had earlier admired, it was difficult to stave off my hunger while photographing these beauties.  Coated with a light dusting of cocoa powder on the delicately patterned cookies, every single aspect of these sweet morsels simply screamed of chocolate.  Although I can’t say I’m a chocoholic by any stretch of the imagination, I found myself chomping at the bit to chow down.

Picking out the closest cookie and cleanly pulling the top off, I first began by sampling the plain wafer, solo.  Crisp but not hard, I was pleased to taste a nice cocoa flavor that wasn’t the least bit sweet, as I expected the filling to more than make up for any lack of sugar.  Seeking confirmation, a cautious lick of the crème center proved me only somewhat correct- Instead of the tooth-achingly sweet filling that I had expected, the most incredibly rich chocolate ganache met my tongue.  Perfectly smooth and creamy, I couldn’t believe that something tasting so over-the-top decadent might actually be a new incarnation of the humble snack I once knew as a kid.  Like a more mature, adult version of an Oreo, I’m sure that even those who aren’t crazy about “children’s desserts” would still go wild over these – I know I sure did! Still spinning from the fantastic first taste, I couldn’t help but wonder if maybe I ate these in the wrong order, as it would be hard to top that amazing confection.  Reading the title of Vanilla Bean with Green Tea, I had hope that if anything could surpass the previous, it could only be this classy if untraditional combination.  Especially excited about the green tea component, being an unapologetic lover of all things involving matcha, I got so antsy to sample one that I actually ate the subject before I secured a decent shot!  The final picture was taken after the fact, but do me a favor and pretend they’re all there, okay?

For all intents and purposes looking exactly like the original with chocolate wafers and a bright white crème filling, I was rather skeptical at first.  However, after twisting off the top cookie and revealing black flecks of genuine vanilla bean embedded in the creamy center, my heart was instantly won over.  Only recently have I been able to afford my first real vanilla bean, so I know how expensive and clearly superior in taste they are. This was the best thing I could hope to see in a commercial product.  Offsetting the same cocoa cookie was this intensely sweet frosting, boasting incredible vanilla flavor but also incredible amounts of sugar.  Super smooth and soft like no other Oreo could dream of achieving, it was the first time I could ever call a packaged back good “fresh” tasting, and eaten in conjunction with the crunchy wafer was the perfect contrast of textures.  While I’m still a bit disappointed that the green tea wasn’t used as a flavor, but more as a nutrient (antioxidants), this sandwich cookie is nothing like any Oreo I’ve ever had- It’s immeasurably better!

I’m usually a big believer in the saying, “If it’s not broken, don’t fix it,” but in this case I’m grateful that someone believed there was room for improvement in something that already seemed perfect.  As the original fast approaches its 100th birthday, it’s high time that it began to grow up, and Late July has done just that- Created a more sophisticated and grown-up version of that childhood favorite that absolutely everyone can appreciate. 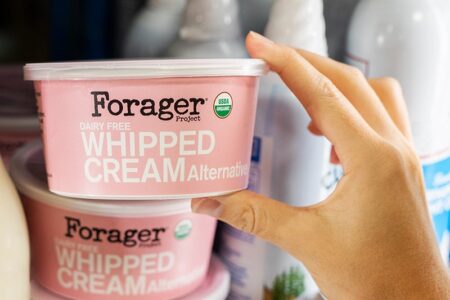 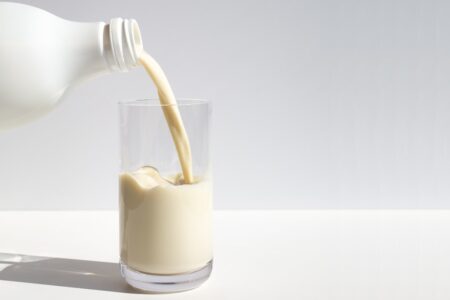 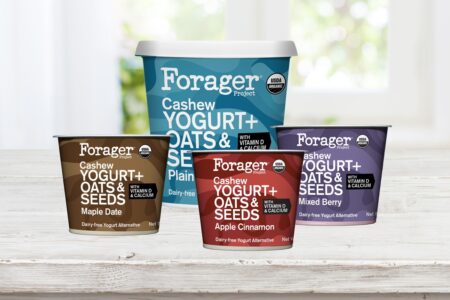