The first thing that came to mind when I first heard about people living without gluten was, “No pasta or bread?!” Luckily, within just a few years, many new grains and flours have come to light, allowing these forbidden foods to once again be enjoyed by gluten-free consumers.  Of all the gluten-free products I have trialed to date, I would have to say that the most successful ones have been pasta.  There are some wonderful bread products mind you, but pasta has been beautifully replicated without wheat or any of its counterparts.  Most that I had tried to date were brown rice or rice based, so I was elated to give this quinoa variation a whirl. 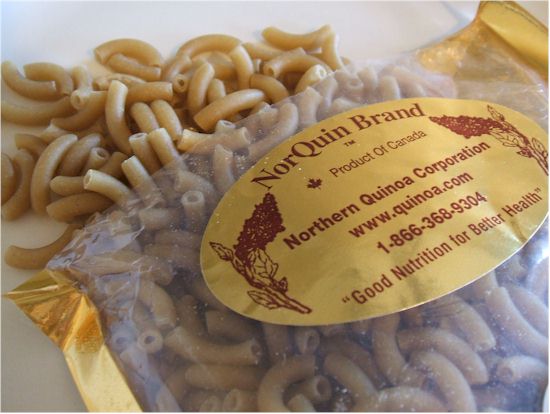 Available as spaghetti, elbows, and spirals, the ingredients read: Organic Brown Rice, Organic Quinoa, and Water.  Okay, so I haven’t completely escaped the brown rice based pasta, but the addition of nutritious quinoa would surely add somewhat of a twist…

The elbows performed well in both a pasta salad and a macaroni and cheez dish.  They were a bit difficult to get just right, as al dente was definitely not ‘done’, but I was warned not to overcook them.  A touchy balance.  Also, the noodles tended to break easily, each elbow folding quickly under pressure, without the same bouncy resiliency we expect from the old semolina based elbow.  Nonetheless, in the mac and cheez it was seamless.  The bold flavors of the dish complimented the noodles well.  In the pasta salad dish, the bitterness of our roasted red peppers combined with the slight bitterness of the pasta (I taste tested sans sauces to verify) was a bit too potent. 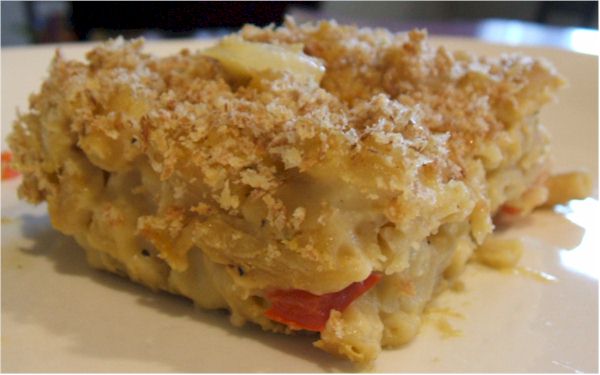 For some reason, we had a much easier time getting the spaghetti right.  It tasted wonderful, and quite authentic, in its traditional form with a good marinara.  Once again, I noted that the noodles tended to break, but not so much as to distract our meal.  However, they did not perform so well as leftovers.  The next day I served up two plates at lunch, and for each of us, most of the noodles broke down into little ½ inch pieces before they could even make it to our mouths. Interesting.

In my opinion, these quinoa noodles do take a bit of practice, but they are quite tasty with bolder sauces and preparations.  Though best eaten fresh.  Definitely an excellent option for gluten-free living!

Where to Purchase: All NorQuin products are sold via www.quinoa.com.