Over the years, Kashi Cereals have come under fire for not being as “healthy” as their image portrays. But they do have quite a few virtues, which I think they deserve credit for.

Kashi Cereals are mostly organic, made with whole grains, and they have pretty darn short ingredient lists. They’ve been accused of being high in sugars, but honestly, they’re lower than many sweet cereals. In fact, the ones I’ve tried they ranged from a respectable 3 grams of sugar to a slightly-more-indulgent 9 grams per cup. 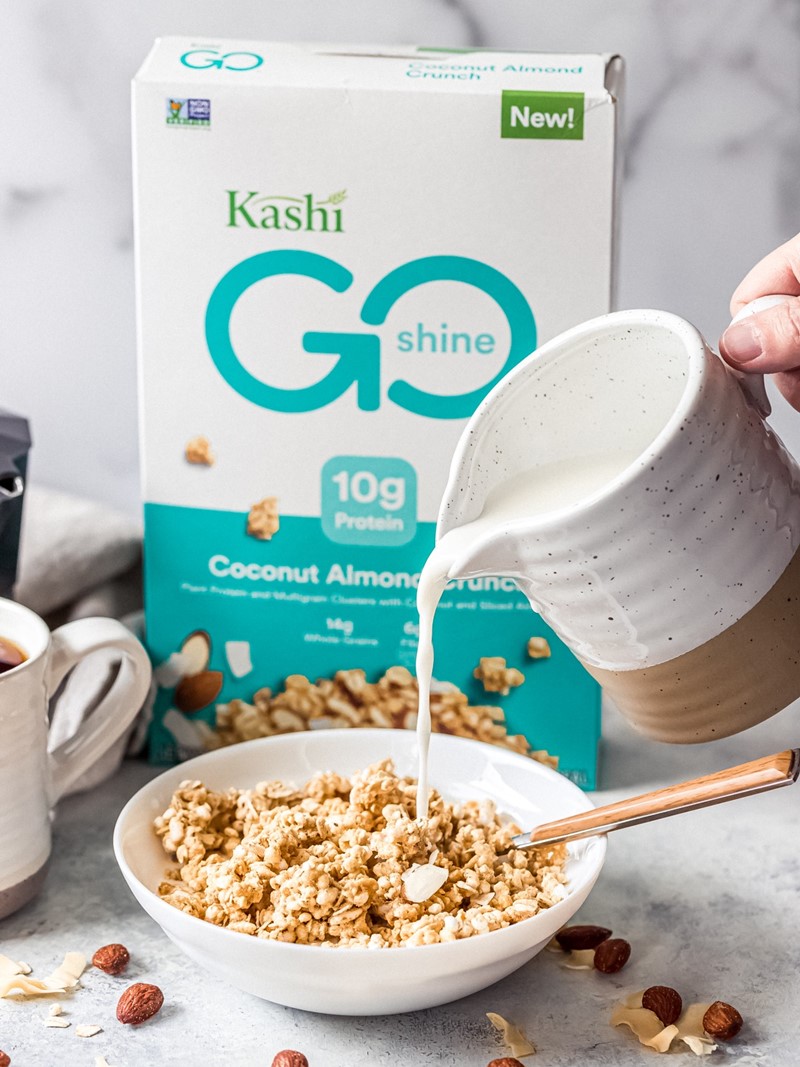 Kashi Launches Super Loops Cereal Made by Kids for Kids

Kashi Kids Crew has created new superfood cereals for the Kashi by Kids line. Super Loops Cereal is launching in Walmart, Amazon, Ahold, Jewel and Hannaford stores nationwide. It will be available in Chocolate and Berry, each with 4 grams of plant-based protein and 3 grams of fiber per serving. The ingredients are also dairy-free, certified organic, and include ‘superfoods’ like lentils, oats, berries, and cocoa.

The Kashi Kids Crew is a group of five bakers, activists, and entrepreneurs ranging from 13 to 17 years. Each member of the Kids Crew shared what was important to them in the new cereal – Hannah wanted more protein, Charlotte asked for less sugar and Valentine requested more chocolate! The new Super Loops combine all of their wishes and passed their picky taste tests. 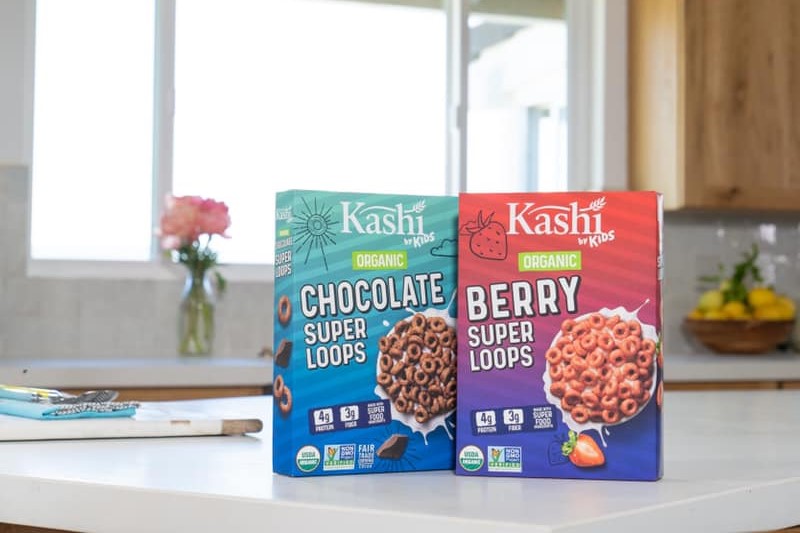 Kashi Cereals are Dairy-Free, Including These 28 Varieties

Of course, ingredients are subject to change at anytime, but at last check, all of the following were made without any dairy. We’ve labeled non-vegan varieties with the ‘contains honey’ note, and listed which ones are certified organic (several) or gluten-free (only one!). 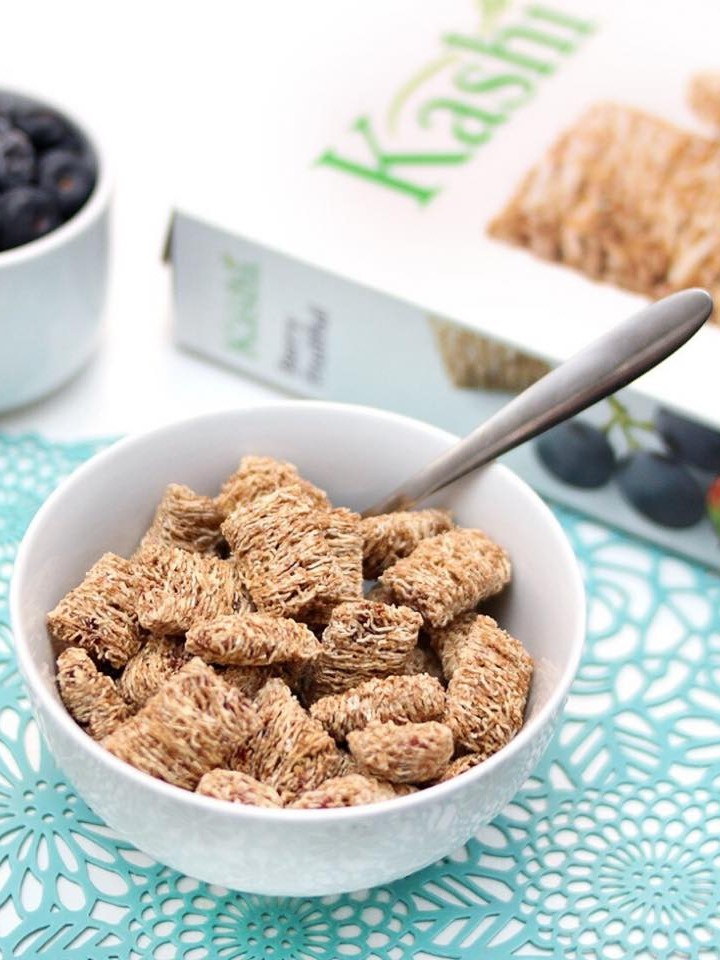 Availability: Kashi Cereals are widely available at grocery stores throughout the U.S. and Canada. Look for them with the natural cereals at Target, Walmart, and other conventional and natural food stores. You can also order these cereals on Amazon.

Certifications: Kashi Cereals are Non-GMO Verified, and many varieties are Certified Organic (as noted above) and/or Certified Kosher Pareve.

Dietary Notes: By ingredients, Kashi Cereals are dairy-free / non-dairy, egg-free, and vegetarian. The non-honey varieties (as noted above) are vegan, and most varieties are nut-free, peanut-free, and soy-free. See the boxes for details. They appear to offer only one gluten-free variety.*

For More Product Information: Visit the Kashi website at kashi.com.

The whole wheat biscuits are generously sized – they are thick and tall rather than the flat, processed looking wafers that so many generic brands pass off as shredded wheat. The taste was naturally sweet, like a cross between plain shredded wheat and frosted. The cinnamon was light yet noticeable, almost reminiscent of cinnamon toast. I use unsweetened almond milk with this cereal for flavor balance.