2018 Update! Some of these brands are fading away as many new non-dairy frozen desserts pop on the market. But this still has some fun tasting notes. For more current brands of dairy-free ice cream, see our Frozen Dessert Reviews!

Non-Dairy “ice cream” is gaining so much popularity, that even the San Francisco Chronicle couldn’t resist a taste-testing.  While I don’t whole-heartedly agree with their less than stellar views of the overall Non-Dairy Frozen Dessert category, I was pleased to see a few worthy products getting some long overdue recognition.

The five taste-testers rated ten vanilla flavored brands of frozen dessert on a scale of 1 to 100 (100 as best).  Below is their rankings, along with some of our personal tasting notes… 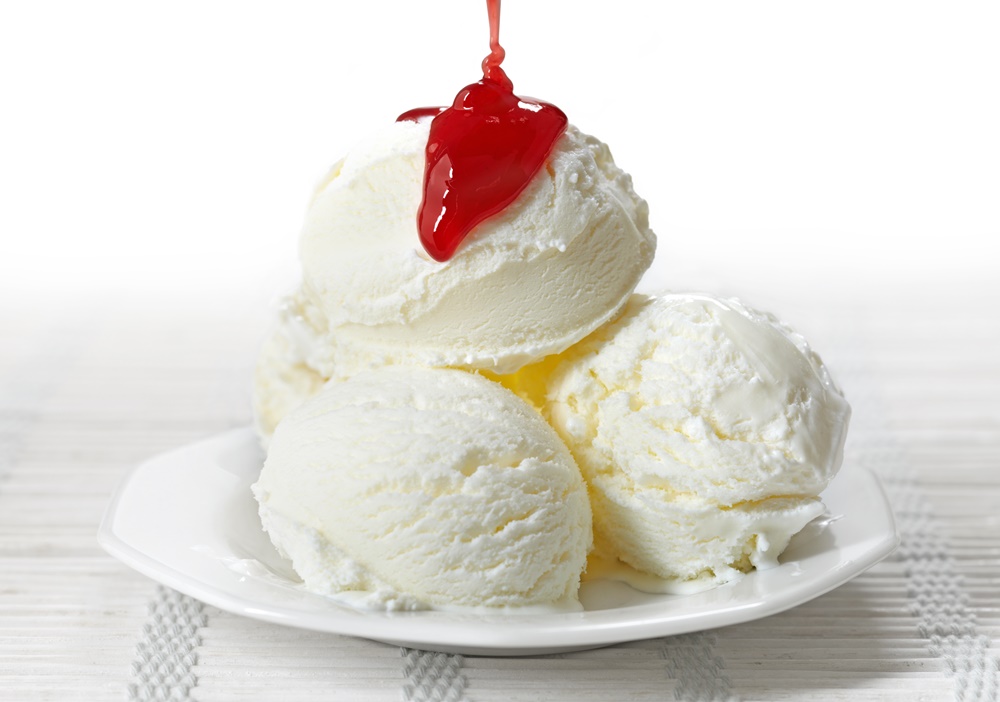 Whole Soy & Co. – 65 – (This brand has been DISCONTINUED) – I was very pleased to see someone finally giving this company the recognition it deserves.  Mind you, I think thte 65 rating is drastic underestimate.  We trialed the Whole Soy & Co. frozen yogurts (they actually have live cultures) with myself, one other dairy-free consumer, and two lovers of all things milk.  Everyone thought this brand was awesome and rivaled any premium ice cream.  It is also very low in fat and relatively low in calories, as an added bonus.  Since they have two vanilla flavors (Vanilla Bean and French Vanilla), I can’t comment on which one they trialed.  Hopefully further recognition will help put this frozen dessert on the map, as it can be very hard to find.

Tofutti – 61 – Honestly, I can’t personally comment on this one, having never trialed the Tofutti line.  Several of their products in the past contained hydrogenated oils, which I found to be a major turn-off, but they seem to be slowly changing their ways.  Nonetheless, everybody’s favorite reviewer, Hannah, can’t say enough good things about the Tofutti Frozen Dessert filled Tofutti Cuties.

Soy Delicious Fruit-Sweetened – 55 – (This product line has been DISCONTINUED) Hannah is in love with the fruit-sweetened line, so I think I may have to get my hands on the vanilla soon to give it a shot.  It seems the less than indulgent sounding “fruit-swwetened,” doesn’t represent the indulgence factor of the actual “ice cream,” so this one warrants some consideration.

Soy Cream – 51 – Their “review” was full of many holes, including this one… what is Soy Cream?  I am on a first name basis with the frozen dessert industry, but this name is a new one.  Could they be speaking of Double Rainbow’s Soy Cream?  We will assume so.  This is available at Trader Joe’s for a great price.

Freezees – 32 – (This brand has been DISCONTINUED) Freezees Nutcreem does spark some interest.  Unfortunately, I haven’t been able to find this cashew based “ice cream” in my area.  I suspect that it is just gaining in distribution.  While the tasters may not have been excited by this flavor, nut milk fans may be in heaven.

Purely Decadent – 31 – (Now fully branded as So Delicious) While I am never one to complain about anything Turtle Mountain, I can see where this flavor may have fallen short in the taste-testing.  It is a touch hard-packed, and I have noted a slight “beany” taste.  While I would never turn down a scoop, I would probably give the fruit-sweetened line a try first.

Rice Dream – 22 – I am the first to admit that Rice Dream is a very different product.  Their vanilla has an almost bitter taste that one of our tasters who doesn’t like things too sweet, enjoyed.  One of our own reviewers found it just too bitter and odd, and a bit hard packed.  With so few soy-free, gluten-free, dairy-free frozen desserts on the market, I still think this one warrants consideration, and it does work rather well for a la mode applications.  Granted, their carob and chocolate flavors seemed to work better.

So Delicious – 20 – This one was softer than the Purely Decandent “ice cream,” but once again sporting that “beany” taste.  Nonetheless, I was shocked to see it ranked below Soy Dream and Rice Dream.  While I wouldn’t pick this one as my first choice stand-alone vanilla (and I do love vanilla), the So Delicious one really shines as a component in their new Creamy Quarts.

Good Karma Organic Rice Divine – 18 – (This product line has been DISCONTINUED) Ever since trialing Rice Dream, I have been very curious about this vanilla.  Since their Carrot Cake flavor is awesome, I was surprised to see the vanilla ranked so low.  It is actually making me even more curious! – www.GoodKarmaFoods.com

I do think those reviewers at the Chronicle were a little harsh. For the record, I was an ice cream addict.  With my frequent flyer card at Baskin Robbins, I was an obvious fan of all things cool and creamy.  Yet, I found the transition back to dairy-free to be seemless thanks to the growing “dairy-free” ice cream market.

Ratings from the San Fransciso Chronicle. Writing by me.