It’s so hard for me to believe that I first reviewed Parma! Vegan Parmesan ten years ago. Unlike so many small businesses, this one has persisted, probably due to the tasty simplicity of their wholesome products. 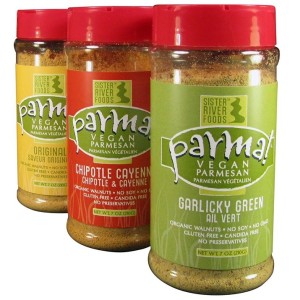 Since I first tasted it, the formula of Parma! Vegan Parmesan has changed a bit. Back in the olden days, they used just raw organic walnuts, nutritional yeast (the cheesy component), and sea salt. They’ve since added raw organic sunflower seeds and raw organic hemp seeds to the blend. It’s been met with rave reviews and is reportedly a good fit for popcorn now (the only application where it didn’t quite fit for me – the walnuts alone were a little too heavy). 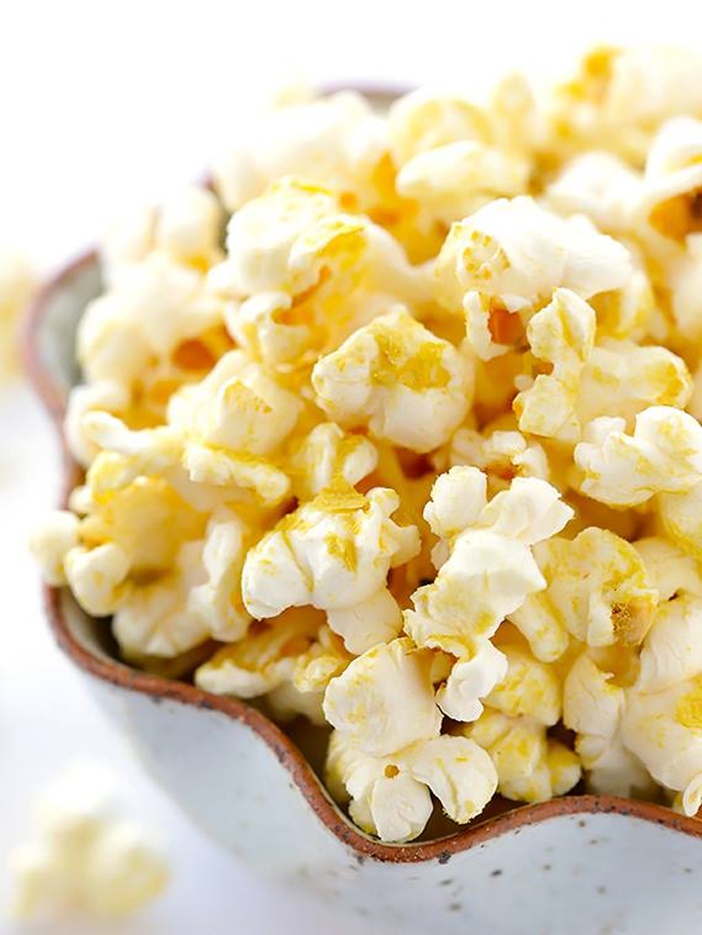 Sold in a handy shaker, Parma! Vegan Parmesan has a texture that is somewhat similar to finely grated Parmesan, but the overall look strays a bit further from the norm. But, don’t let the image fool you. This whole food topper packs a unique cheesy punch that will liven up any mundane meal.

I went for the traditional first, spaghetti.  Then, I moved onto cheese-less pizza, gnocchi, baked potatoes, steamed vegetables, even zucchini noodles (like those pictured below – from the Parma website) … it seemed as though Parma! Vegan Parmesan had no limits. Soon it was making nightly appearances. That is until the tragic day arrived when I ran out.  I must say that it lasted much longer than I would have expected from a 3-ounce container. Particularly considering my rather generous hand on the pizza. 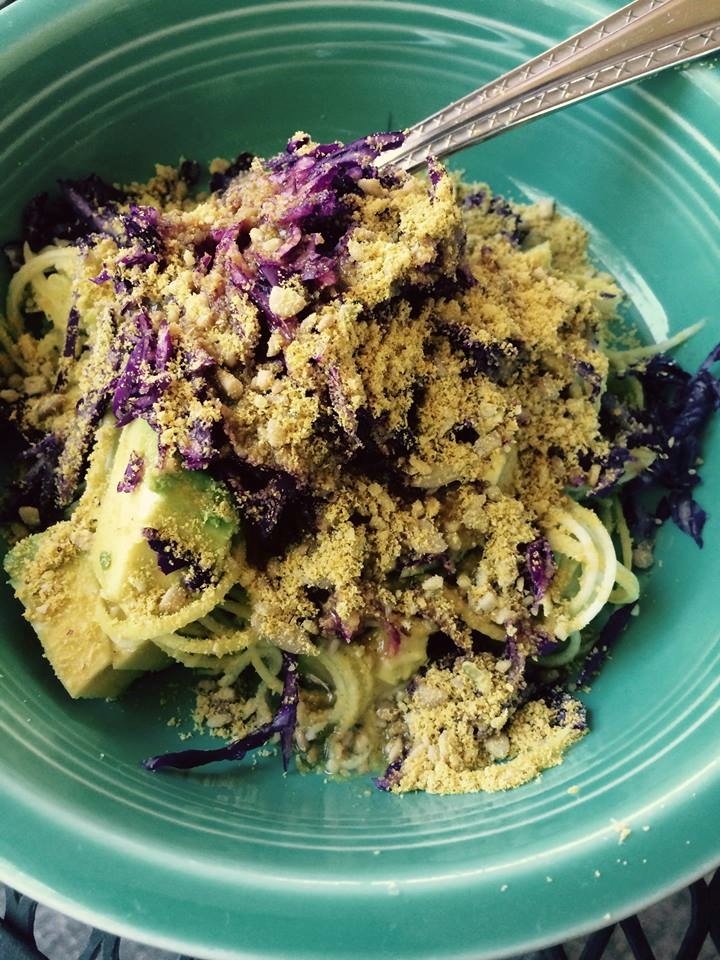 In terms of nutrition, Parma! Vegan Parmesan is fairly close to grated Parmesan cheese in calories (20) and fat (1.5g), and has just a shade less protein (1g) per tablespoon serving. However, it is much lower in sodium and has a good dose of vitamin B12 from the nutritional yeast – a benefit for vegans since B12 is only found naturally in animal products.

To date, I’ve only trialed the Original Parma!, but it is also available in Chipotle Cayenne and Garlicky Green. Parma! is sold online and in stores in the U.S., Canada, and worldwide. See their website for where to purchase. 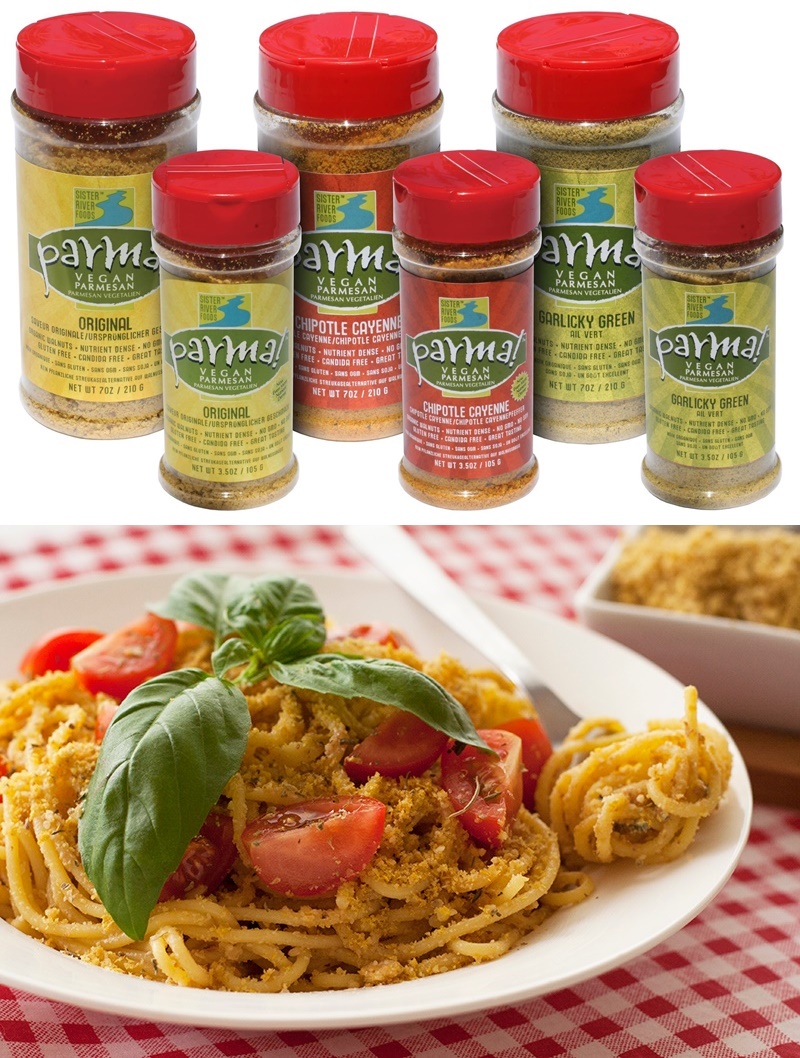 Certifications: Parma! Vegan Parmesan is noted on their website as vegan, gluten-free, GMO-free, and kosher, but we did not notice any certifications.

Dietary Notes: By ingredients, Parma! Vegan Parmesan is dairy-free / non-dairy, egg-free, gluten-free, grain-free, peanut-free, soy-free, vegan / plant-based, and vegetarian. Nonetheless, check with the company on their manufacturing processes for all varieties if potential allergen cross-contamination is an issue for you. Processes and labeling are subject to change at any time for any company / product.

Can’t tell you how much I love these vegan cheeses. I made my sister buy some so we could tell each other what we liked and after trying them for the first time, we were both hooked!!!!

Great topping for almost everything

Don’t let the simplicity fool you. This whole food creation has a wonderful grated texture and a flavor that isn’t really Parmesan, yet stands in for it nicely in most dishes. Though different, its cheesy vibe is undeniable, adding a fulfilling punch to dairy-free pizzas, pasta, baked potatoes, and more.