Updated September 2022! Tofutti isn’t a glamorous brand. In fact, with all of the new dairy alternative trends, it sometimes gets lost. But Tofutti Better Than Cream Cheese was the original dairy-free cream cheese alternative, and it’s changed (just barely) over the years to keep up with the times (somewhat).

Their original version was made with hydrogenated oils. They soon added a non-hydrogenated option, and eventually phased out the hydrogenated variety. They’ve also added a couple flavors, and in 2017 they came out with a “Whipped Cream Cheese” alternative.

We’ve just updated this post (it’s been well over a decade!) to include all current varieties, and with our rating and review format so you can share your own opinion on Tofutti Better Than Cream Cheese. 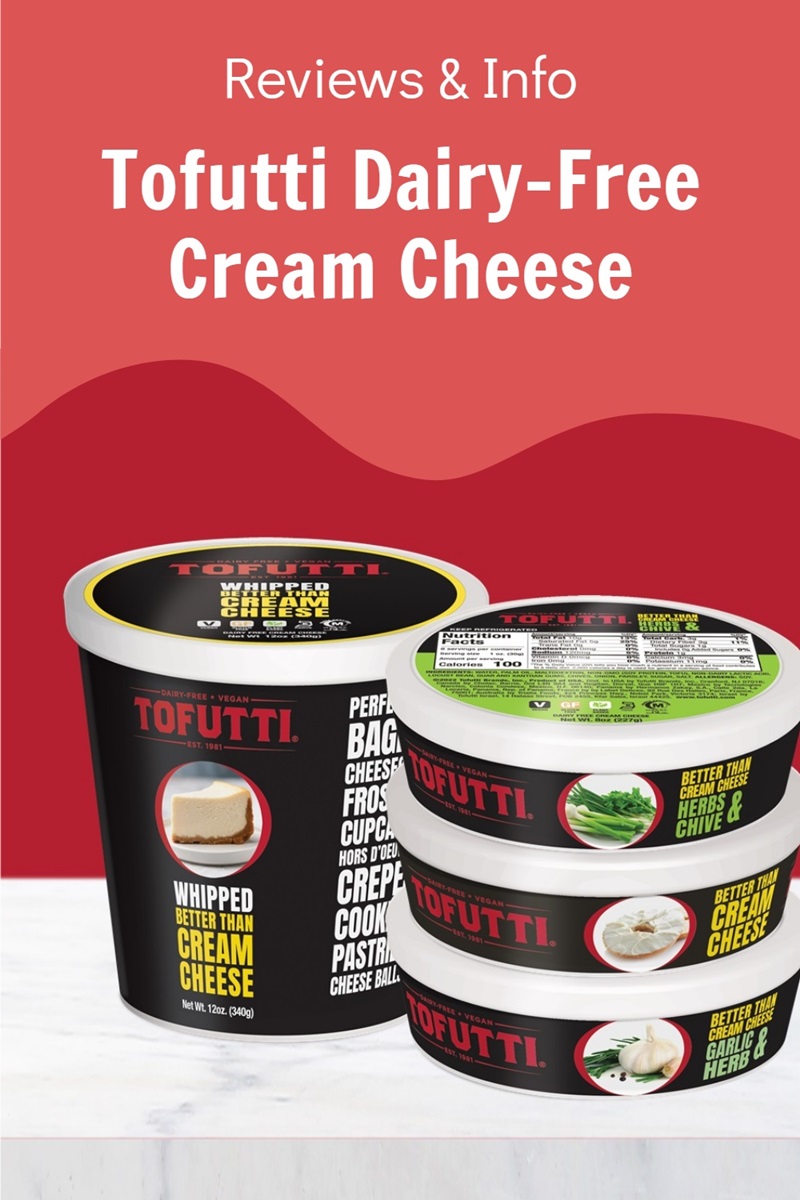 I think Tofutti fell out of favor because it’s soy-based, and soy unfairly became a villain in natural food circles. They also haven’t kept up in the fast-paced world of online marketing. But Tofutti still has a loyal following of people that rely on this cream cheese alternative as a household staple. Plus, unlike many most other brands, this one is both nut-free and pea protein-free.

We haven’t tried the newer Whipped version, but the other varieties have a very soft, rich, and creamy consistency that is impressively like cream cheese alternative. We asked a dairy consumer to try it, and they confirmed that even the taste was near identical, but perhaps just a touch less sharp than cream cheese made from cow’s milk.

Tofutti Better Than Cream Cheese holds up well in dairy-free cream cheese frosting (not all brands do), but I haven’t tried it in baked recipes. But Hannah used it to make this Vegan Carrot Cake Bread with good results. And in the cookbook, Amazing Dairy-Free Desserts, the author explains how to best use Tofutti (apparently there is a trick or two) and offers six different “cheezecake” recipes. Dairy-free Toffee Pecan Cheesecake anyone? 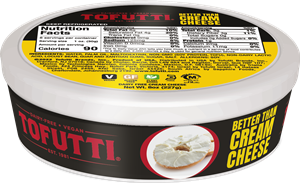 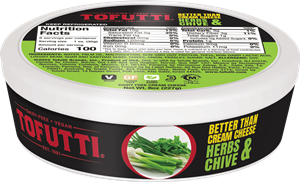 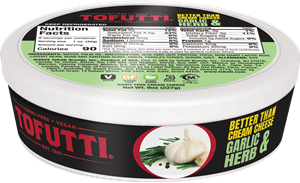 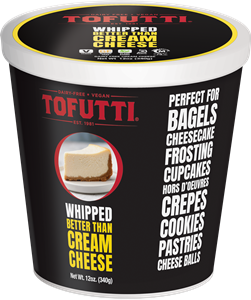 Ever since tofutti ceo Steve Kass’s family was convicted of running the organized crime company nxivm, I refuse to buy tofutti.

We did a taste test with 10 dairy-free cream cheeses, and this one stood firmly in third place, well behind first and second, but notably ahead of the rest. It seems to perform well, and everyone liked it, at least “ok” including the dairy eaters. I’d use it as a back up when I can’t find the top two (Kite Hill and Treeline), or as a lower cost option.

I’m dairy and nut , including coconut,allergic. This makes it hard for me to eat a lit if things. I have found the Toufitti products are a very acceptable substitute. It took me a couple of times if using the cream cheese to get used to it but now I use it quite often. Love the sour cream. When you can’t have the real thing you learn to really enjoy what you can have.

I would like to try making bagels with cream cheese in them but haven’t tried cooking with it. Any suggestions?

get over your spoiled self and give it a try! this stuff is very tasty, and just might be a little healthier for you! also a great alternative for people who cant have dairy{ like myself ) .

I’m not sure if previous reviewers had old product but my husband and I love Tofutti cream cheese. We have not baked with it but the taste is so comparable (maybe better) it’s amazing. I accidentally bought the herb and chives and that is equally delicious and the flavor is mild. We have even given a few tubs away to people and they too cannot believe it is dairy free and they love the taste.

Not even close. It literally, and I mean this in the most LITERAL sense of the word, tastes like construction paper. I don’t know if you’ve ever bitten into a corrugated box, but it’s about the same taste profile. The smell is awful as well. The only thing similar to cream cheese this has going for it is the texture. Only through mixing in a cream cheese extract could you possibly make this taste like cream cheese.

I never really bought Tofutti cream cheese for myself but I have plenty of vegan friends and customers who consume it happily. I recall having tried it years ago and it tasted really good with no off flavors, couldn’t really tell it wasn’t cream cheese. Today I bought some to make a dairy free no-bake cheesecake for pi day thinking, I’ll get Tofutti, that stuff’s great. Well, it in fact was not great. The texture was good and as I remembered, but the flavor has an off, yucky, chalky?, weird flavor that is very off-putting. I added more sugar that I planned, to mask it but I wouldn’t mark it in the great success column.

I’m wondering if they changed the recipe since the last time I had it.

I discovered this item a few years ago. It tastes identical, and looks identical to regular cream cheese. I think it’s impossible to even tell the difference between the two. When I serve it to others, they like it, as well. I’ve never gone back to Philly cheese.

I don’t understand the hype of this product. After hearing so many good things about it, I picked some up at my local sprouts store. I’m completely vegan and the taste of this cream cheese literally makes me gag. Tastes nothing like cream cheese. Has a funky powdery soy flavor that is hard to stomach. The texture is the only thing good about it. Aside from that, it is horrible. Every brand I’ve tried is better than this brand, and miyokos cream cheese is the best I’ve found so far.