2016 Update! Though you rarely hear about it, Zen Organic Pudding Cups are a dairy-free original. And they still pop up in natural food stores and conventional grocers. 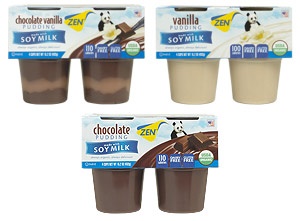 It used to be called Zensoy Organic Soy Pudding. But since they’ve added a “made with Almond Milk” variety, it has changed to just “Zen” brand. Hannah previously reviewed the soy-based flavors for us, and her notes below still ring true. However, the Banana has been discontinued, so we removed that portion of the review. 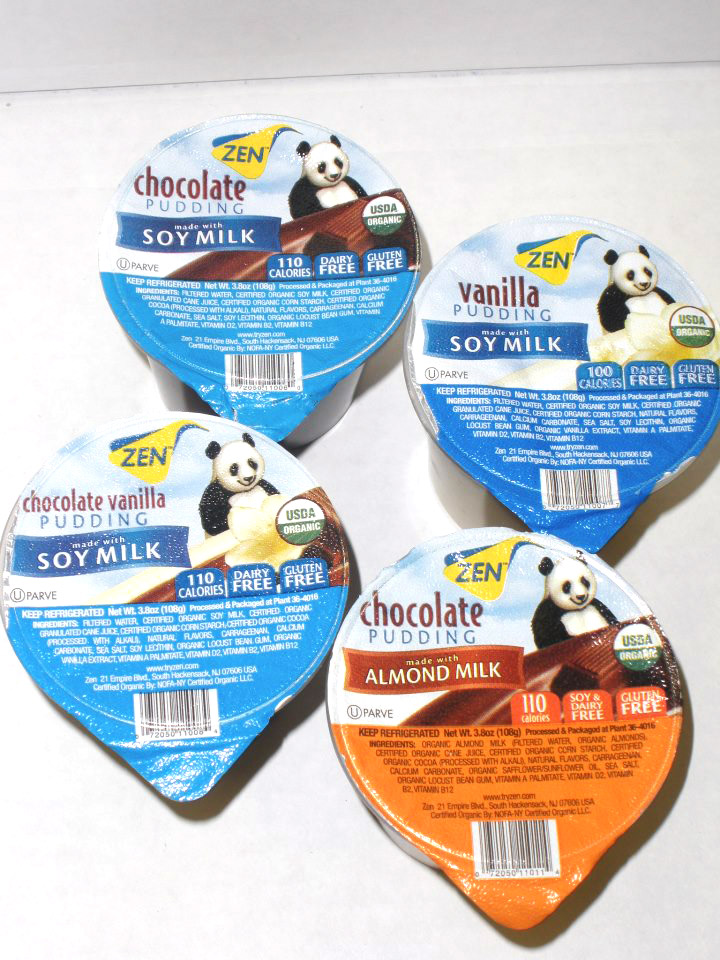 ZenSoy is a lovely company that makes a point to source only organic raw materials.Their puddings come four to the pack, and at least the chocolate can be found in most natural food stores. I’ve found it difficult to locate the other flavors.

When I first dipped my spoon into the Chocolate Soy-Based variety, I discovered that this pudding was extremely viscous. In fact, my spoon stood upright in the center of the container for a good few seconds before slowly slumping to the side. It was so velvety smooth, too, and truly reminded me of a chocolate mousse! I’ll bet that if you put it in an ice cream maker, it would make for one heck of a frozen treat. But what really struck me was how Zen Organic Pudding really sticks to the natural flavors that they’re trying to portray. Instead of being super sweet, the chocolate was a very refined dark cocoa sort of flavor. Yet, it was in no way chalky or one dimensional as some natural products can be. It had such a lovely full, rounded flavor. I can’t quite describe how impressive I really thought it was.

I can only hope that another random stroke of luck will allow me to encounter the other flavors of Zen Organic Pudding, and the Almond-Based variety. If you ever happen to find these pudding cups in your local grocery store waiting to find a loving home, don’t hesitate to snatch them up! I promise you won’t regret this purchase. 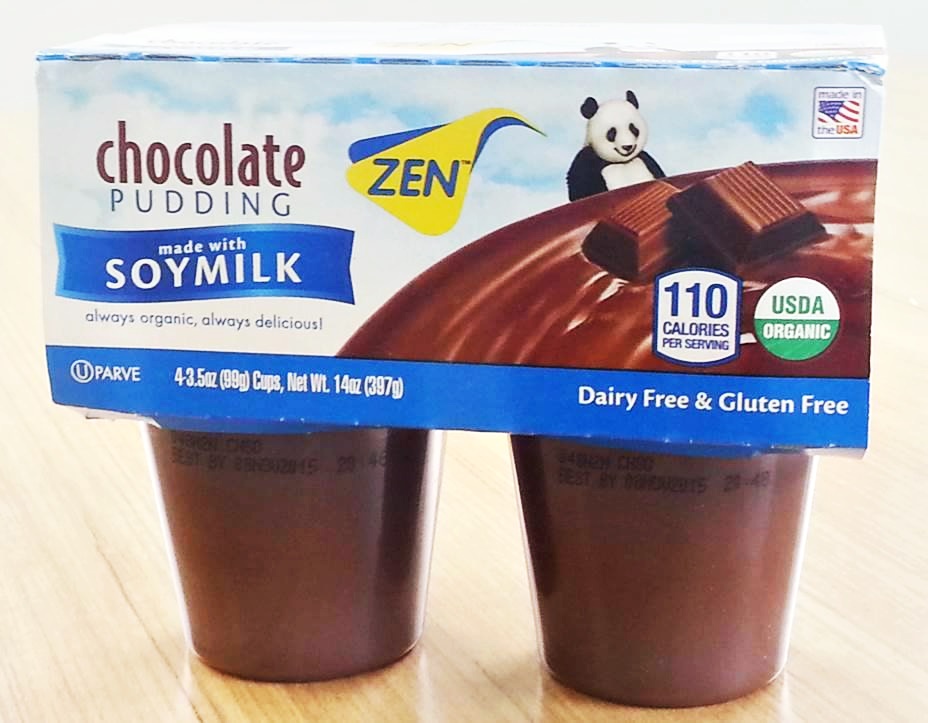 Dietary Notes: By ingredients, Zen Pudding Cups dairy-free / non-dairy, egg-free, gluten-free, grain-free, peanut-free, vegan / plant-based, vegetarian. The soy-based varieties are made without nuts. Nonetheless, always read the ingredient statement and check with the company on their manufacturing processes for all varieties if potential allergen cross-contamination is an issue for you. Processes and labeling are subject to change at any time for any company / product.

For More Product Information: Visit the ZenSoy website at zensoy.com.

Someone is ill and only wants this. Where can I buy it?
Thanks!

The very thick Chocolate soy-based version is almost mousse-like with a mature, rich dark chocolate flavor. We haven’t trialed the other flavors, but if they compare to this rich pudding cup, then I would declare the whole line a hands-down winner.