For day three of the Dairy-Free Recipe Potluck, a delicious event leading up to the 21-Day Dairy-Free Challenge, I’m excited to share a savory, Indian-influenced recipe from Richa Hingle of Vegan Richa.

Her creation is based on the dish Pakore Waali Kadhi (fritters in spiced yogurt), but rather than fried onion fritters, she makes healthier, baked broccoli dumplings (since they aren’t fried, they are less “fritter-like”, so Richa often refers to them as dumplings instead) and serves them with a dairy-free spiced yogurt. 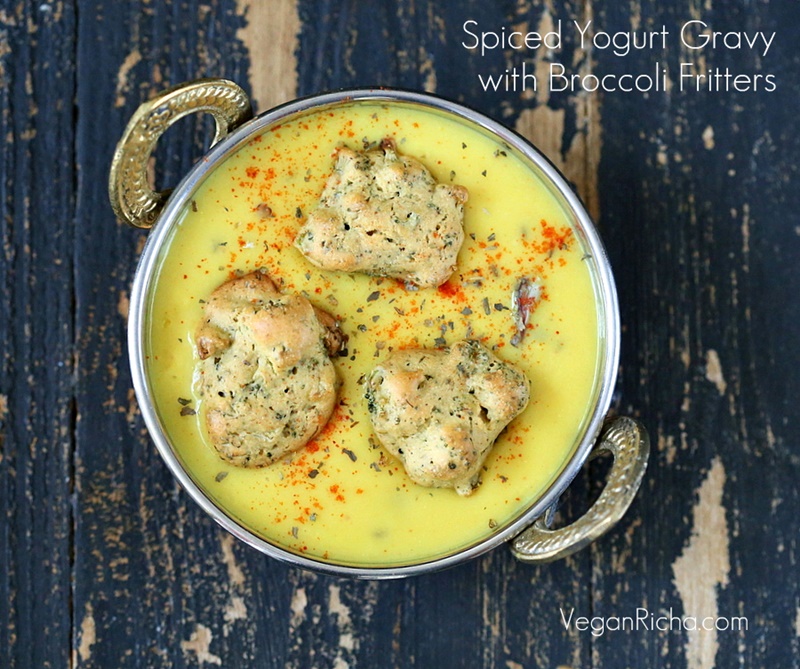 This recipe shows just how masterful Richa is when it comes to special diets and culinary creativity, as the baked broccoli dumplings are not only dairy-free, but also egg-free, vegan and gluten-free! They’re actually wonderful on their own, but soak up even more deliciousness when served with the yogurt gravy. 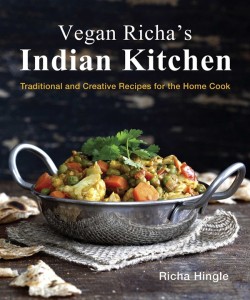 I asked Richa to share one of her many Indian recipes, not only for the event, but also to give a preview taste of her upcoming cookbook, Vegan Richa’s Indian Kitchen: Traditional and Creative Recipes for the Home Cook! Her book is already available on Amazon and will start shipping in May. I’m always excited when new dairy-free cookbooks come out, particularly when they offer so many “new-to-me” dishes.

When I asked Richa why she is dairy-free and creates dairy-free recipes, her response was very to the point: 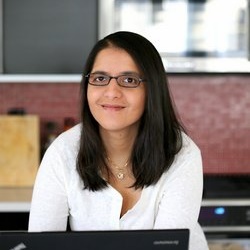 “I eat dairy-free since I went vegan in 2010. When I found out about the pain and suffering the cows have to endure in dairy farms, babies being taken away from their mothers, babies and spent cows slaughtered – I decided to go dairy-free.”

Richa says that her husband joined in when he considered the impact that food choices had on his health and the environment, but she thinks some of her compassion rubbed off on him, too!

While you are waiting for Richa’s new cookbook to arrive, don’t forget to head over and enjoy the many recipes she offers, like the baked broccoli dumplings below, on Vegan Richa. 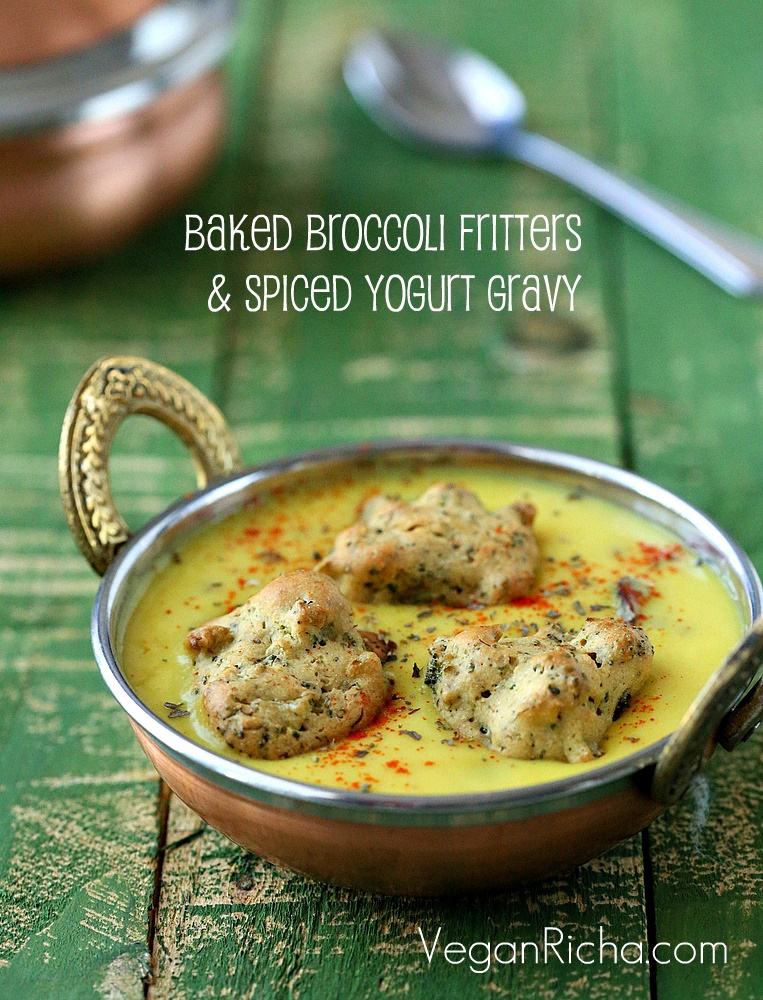 The Dairy-Free Recipe Potluck is sponsored by So Delicious Dairy Free and the 21 Day Dairy-Free Challenge.