This recipe for vegan cinnamon scones was originally submitted by reader Donna Ryan for the Fast & Fresh Dairy-Free Time Trials Recipe Contest sponsored by So Delicious. It was a “30 minutes or less” entry. She used dairy-free coconut milk yogurt to replace the cream and eggs used in many scone recipes. Consequently, these cinnamon scones are also quite low fat! 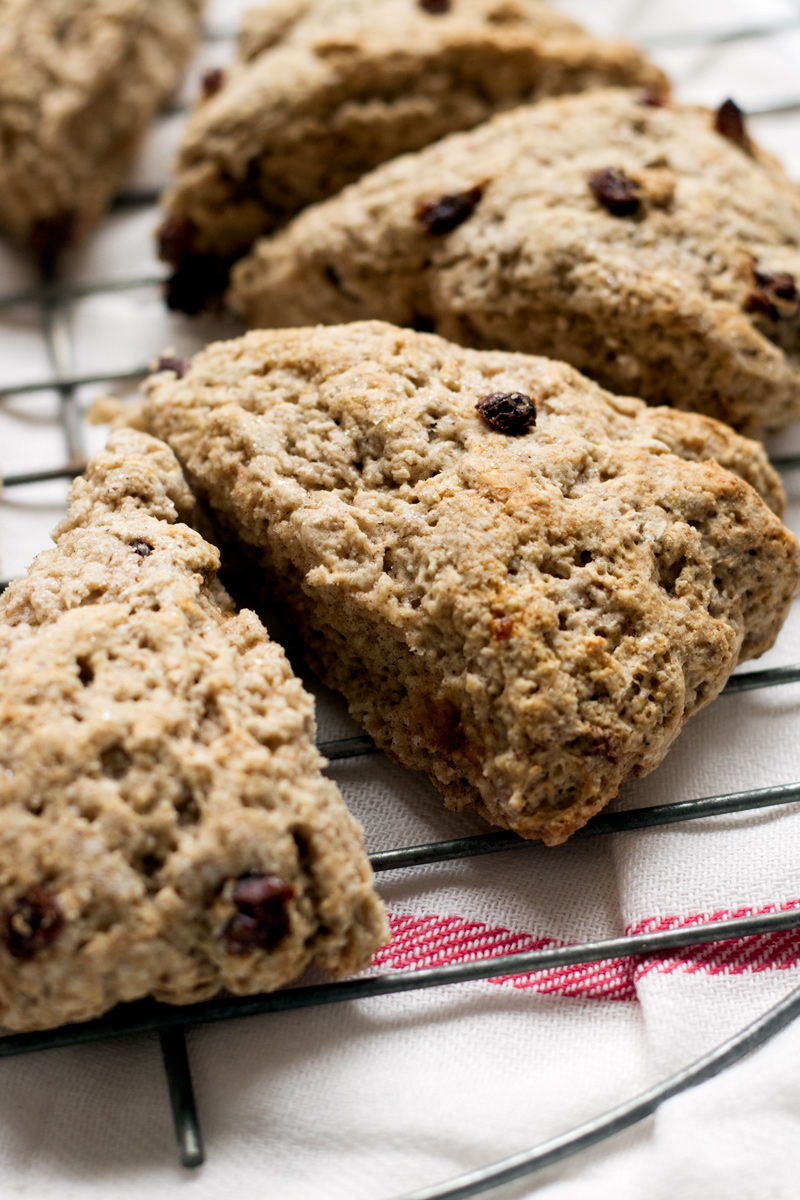 Photos by Leah Moldowan, a Go Dairy Free Associate Editor and Blogger at Love Me Feed Me.

Although her recipe didn’t make the initial testing cut, Donna knew these vegan cinnamon scones were a winner:

Scones are an old fashioned breakfast and tea delight. There are many different recipes for scones, but most are a bit crumbly like biscuits, and usually made much like a pie pastry. I love the different method in this cinnamon scones recipe because it works up fast and is so easy to do. Also, it is a bit lighter and flakier than most. 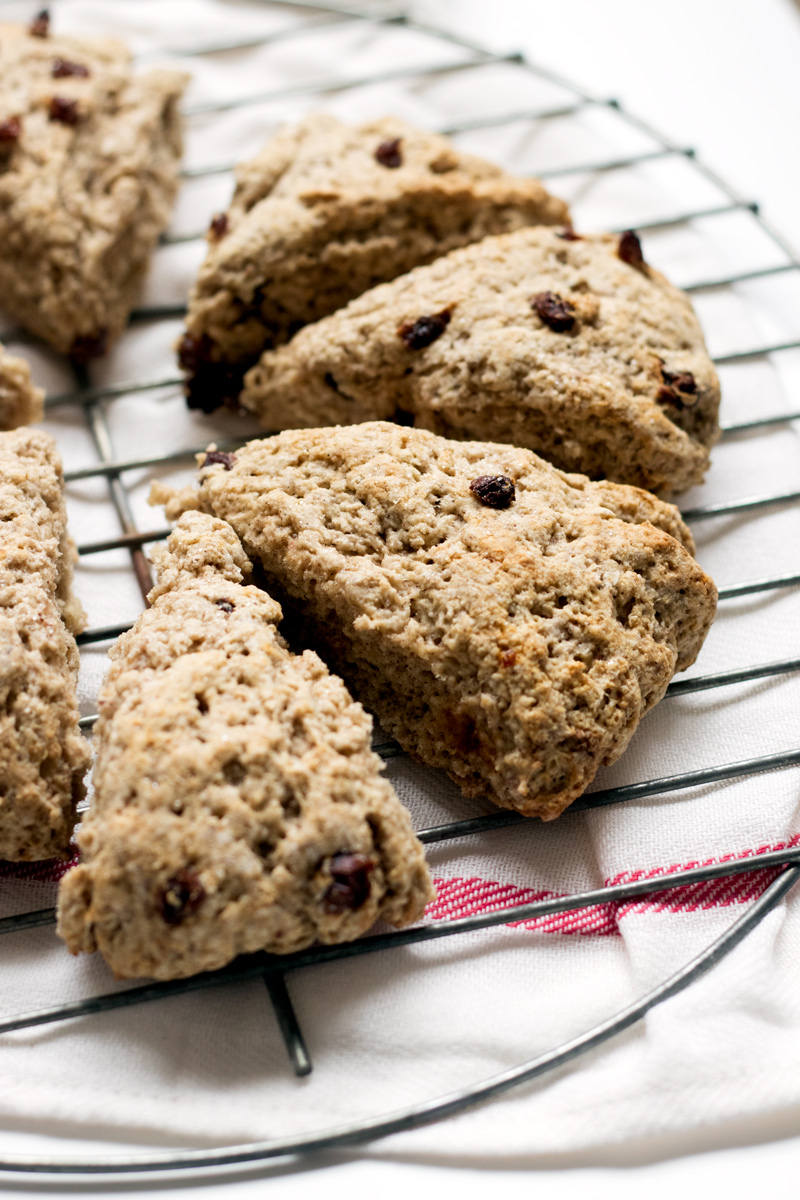 Leah was curious, so she decided to give these vegan cinnamon scones a try for herself.

I couldn’t find dried blueberries anywhere, I thought I could maybe get away with cutting up raisins, but they just look like raisins, haha. But the recipe turned out really great! The scones have a perfect texture of soft and fluffy with a lightly crispy exterior. They’re light and go wonderfully with a cup of tea.  They got eaten up in just a day at my place! So so easy to whip up too. The only other change I made was omitting the cinnamon chips and adding about 1/2 teaspoon of ground cinnamon to the scone dough.

I updated the recipe below with Leah’s options, and added her beautiful photos to inspire. Now crank up that oven and brew a big pot of coffee or tea. It’s time for some vegan cinnamon scones! 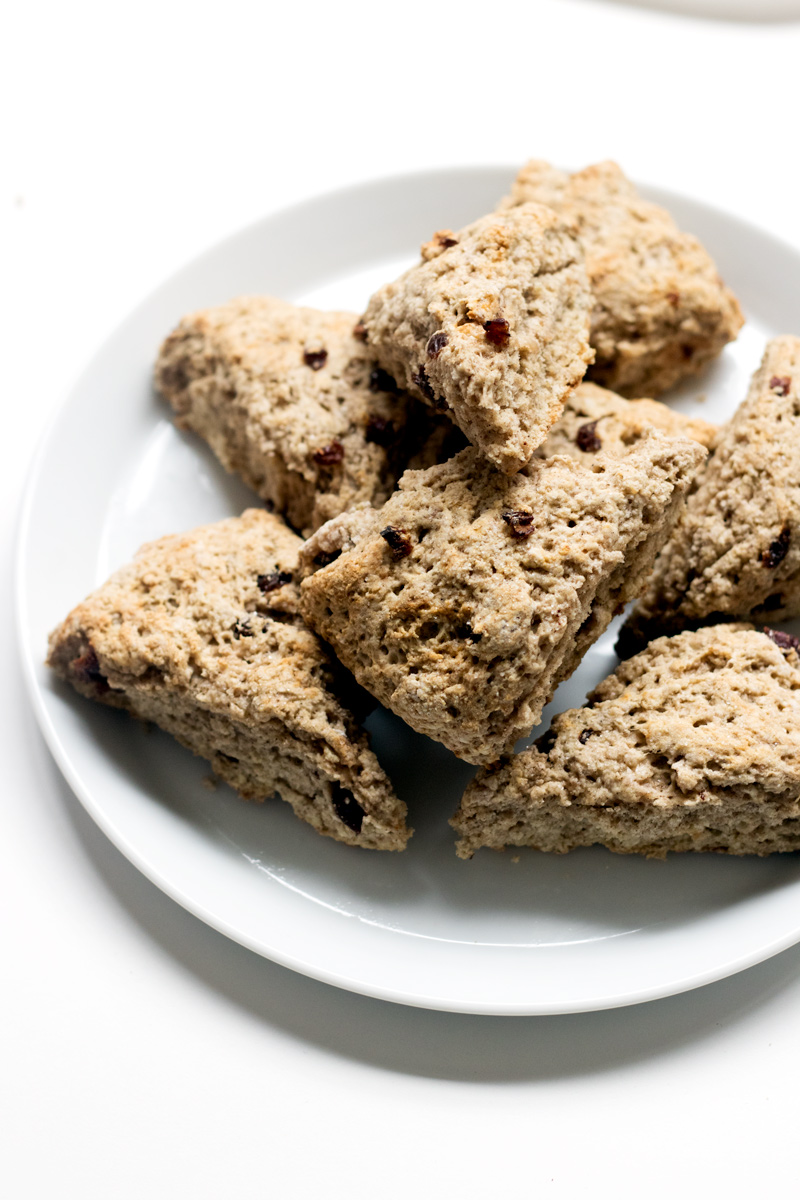 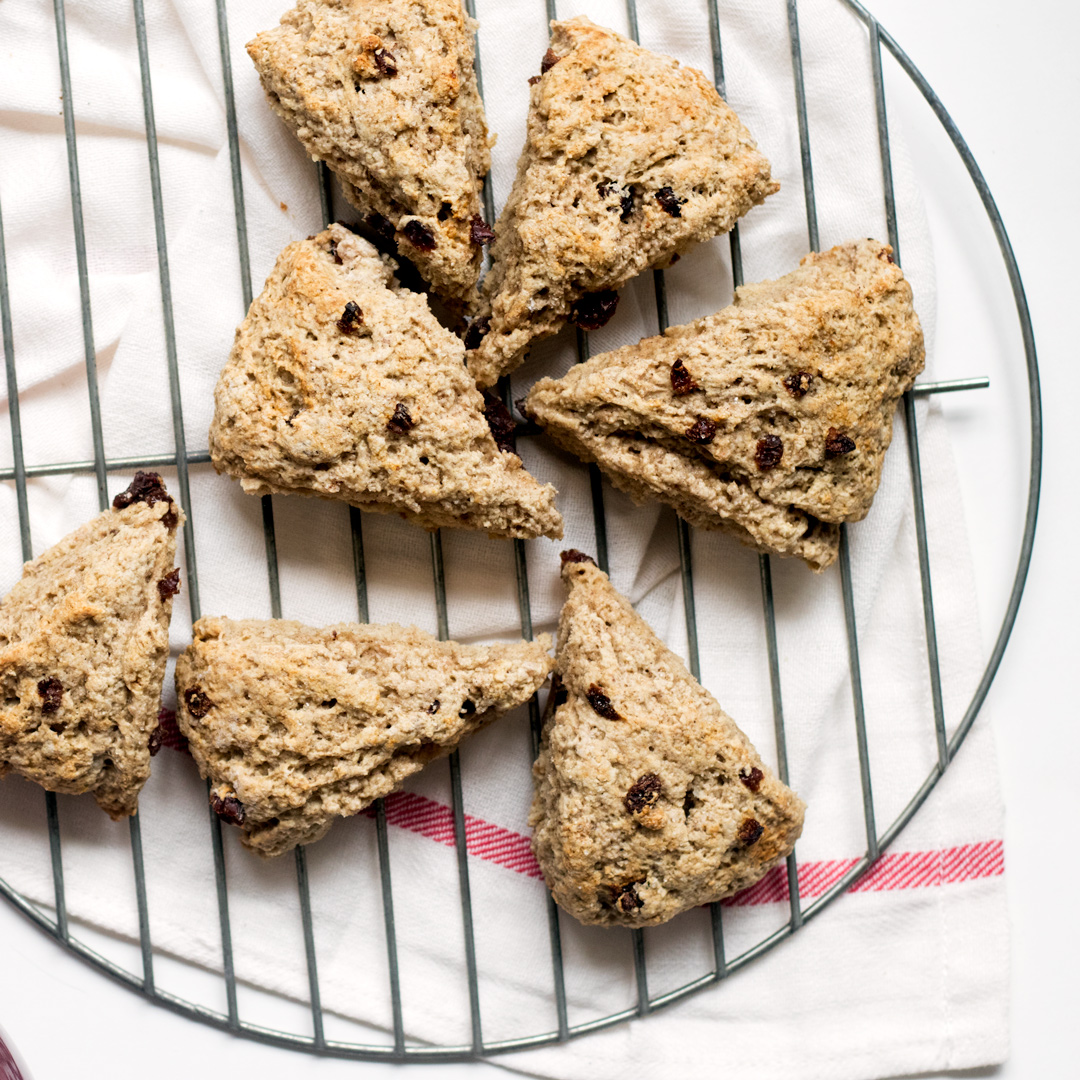