The following is reprinted with the permission of the Bittersweet Blog. Hannah offers a narrative for transforming a great vegan marshmallows recipe into the even better decorated delights below…

Time and time again, there is one post on my blog that continues to elicit questions and comments, no matter how old or brief my initial writing was. Not the patterns nor recipes I have written myself and carefully archived for future reference, but a completely forgettable entry I made over a year ago about making a giant marshmallow for Valentine’s Day. Don’t get me wrong, marshmallows are wonderful things, often sought after in a more animal-friendly form by vegans and vegetarians alike, but… Of all the things I’ve poured my heart into creating, all anyone wants to know about is this big old fluff ball! Really, now!

Seeing as I was back in the habit again this past Valentine’s Day, I thought that it might be a good idea to offer some advice to those inquisitive visitors. 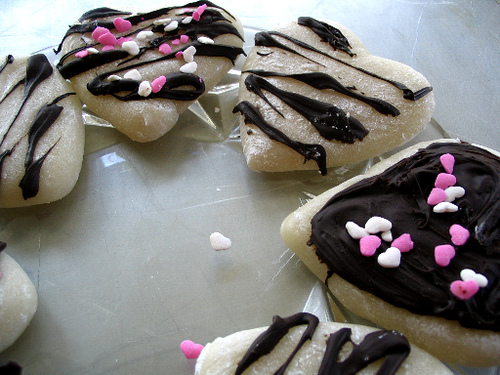 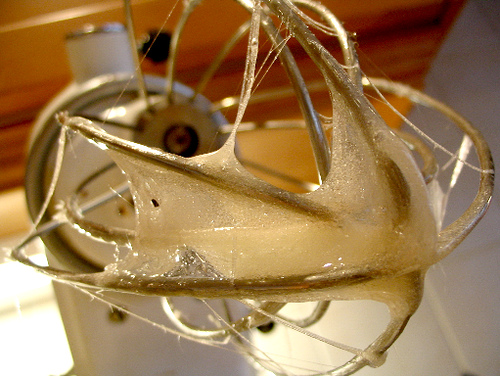 For anyone that hasn’t attempted making their own marshmallow, I know that the task can seem very daunting; My first foray into the field was full of trepidation and false steps, but I can testify to have successfully returned to make wonderfully airy squares of whipped sugar a number of times now. It’s a really fun sweet to make, actually, and so I’d love to help others gather their courage and try it out for themselves. While it becomes very easy with practice, it can be a little tricky at first without any guidance. Even if you do find seemingly thorough instructions, I’ve found that a number of those advertising themselves as vegan tend to leave a bit lacking compared to the typical store brand made traditionally with animal-based gelatin. Why is this? …I have no idea. But I do know to always use the same reliable recipe that has never failed me; Written by the talented author of Brownie Points, she even created a .pdf file for you to store on your computer for quick reference, and I happen to do just that.

The first question that I usually get is about the gelatin – Obviously, not vegan. Since agar-agar does not come in packets, how much of it should you use? In general, a packet of gelatin contains about one tablespoon of powder, or .02 oz for you metrics fans. Since regular gelatin only comes in powder form, I would suggest grinding the flakes into a powder [if you can’t find the powdered-form to begin with]and then measuring it after. There are usually no special precautions to be made when substituting this plant-based gelatin, just follow the directions as written otherwise. I have found, however, that it is sometimes helpful to use warmer water to “bloom” the agar in, but definitely not boiling. Can you use corn starch, cream of tartar, xantham gum, or other thickener-type substances? …NO.

Moving along, I must admonish you to be very rigorous in foiling / greasing you final resting vessel or your marshmallows will not come out without some serious scraping. They’re sticky little buggers, and they sure do love to spread when hot. If there are any holes in your parchment paper, you are guaranteed to find marshmallow goo all over the bottom of the pan, completely defeating the purpose of having papered it in the first place. Personally, I have a lot of trouble making parchment paper fit well into baking pans without ripping, so I tend to use aluminum foil instead. Since you don’t actually bake in this baking dish, it doesn’t matter for this application.

When it comes to the actual process, yes, I do think that a candy thermometer is necessary. It’s very easy to over / under cook molten sugar, which will either be a pain to clean or form unstable, goopy marshmallows. They’re not all that expensive, so if you don’t already have one, I think you can make room in your budget to treat yourself this time. Another important piece of equipment that I must insist be used in a splatter shield for you mixer. Superfluous, you say? Sure, go ahead and scoff now, but let me tell you, this tip won’t be nearly so easy to brush off when you’re scraping marshmallow gunk out from under the stove top, on the floor, inside ornate cabinet handles… My first go at it, while successful, illustrated quite nicely the definition of explosion. Let’s leave it at that, okay?

Finally, don’t fear the clean up, no matter how your pots (and cabinets) fair in the end. It’s not to difficult to clean up with some hot water and soap. Oh, and one more thing – If you’re putting off making marshmallows because you lack the counter space to let them sit out in the open for so many hours, you have now lost your ability to make that claim. I always store mine in a cold oven until firm enough to cut, so as long as you don’t forget where they’re resting and accidentally start heating the oven, [Be sure to alert anyone living with you, too!] you have just as much kitchen space as ever.

I really hope that I was able to help in some small way, or at least ease the fears associated with trying to whip molten sugar into soft, fluffy marshmallows. Sounds like some impossible magic trick, but really, there’s nothing to it! 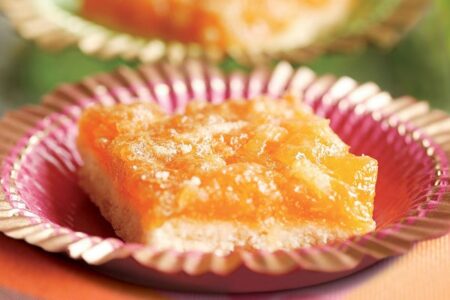 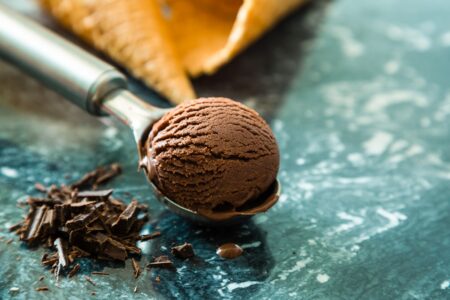 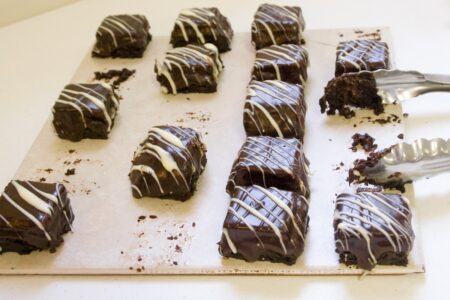 Rachael Ray’s Brownie Bites made without Dairy, Nuts, or Soy 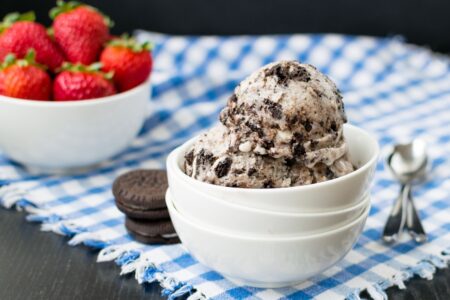