This plant-based barbacoa uses “meaty” vegetables and six spices to create a healthy vegan meat alternative that’s perfect for bowls, tacos, burritos, and more. And unlike many store-bought brands, this recipe doesn’t contain any additives or top allergens! 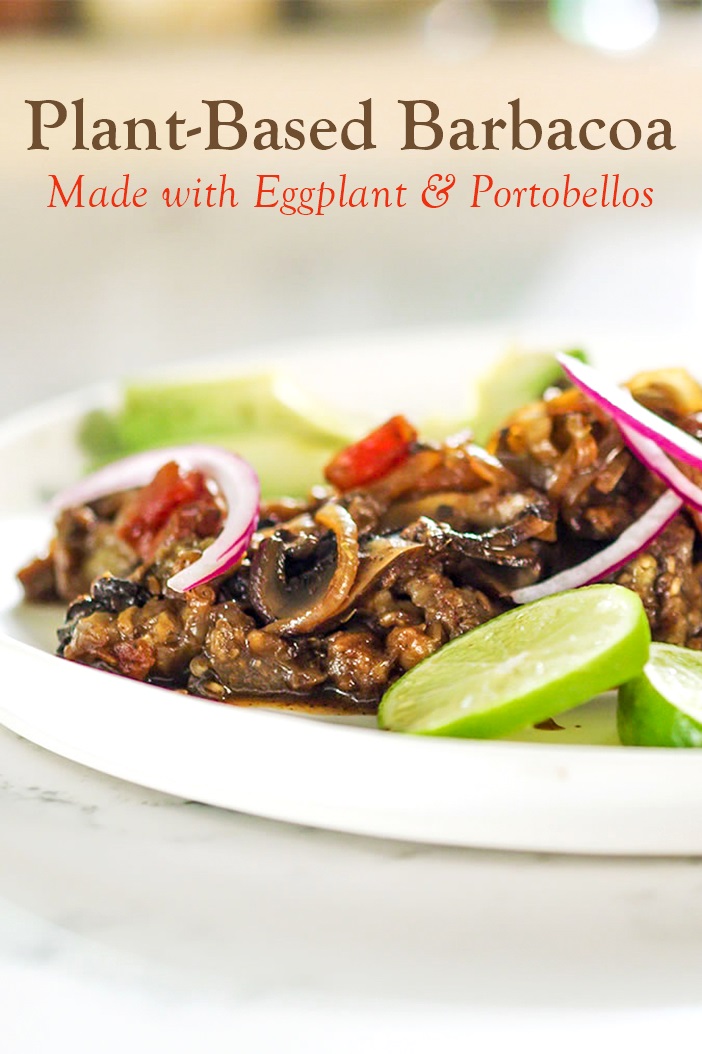 Within weeks of healthy New Year resolutions, temptations begin to pop up. The march to the Super Bowl is on, followed by Valentine’s Day, Easter, and soon enough, it will be grilling season. But recipes like this plant-based barbacoa are a great way to stay on track.

Unlike many store-bought options that go “beyond” real ingredients, this vegan meat alternative is made with pure whole foods and no top allergens.  It’s not identical to beef, but has meaty satisfaction that is perfect for appetizers and home-cooked comfort food.

For easy customized meals, put out a bowl of this vegan barbacoa along with corn tortillas, flour tortillas, shredded greens (for salad), rice, or other grains (for bowls). Set out a variety of toppings, like diced tomato, pickled onions, cilantro, sliced jalapeños, dairy-free cheese, guacamole, and dairy-free sour cream. And let everyone build their own! 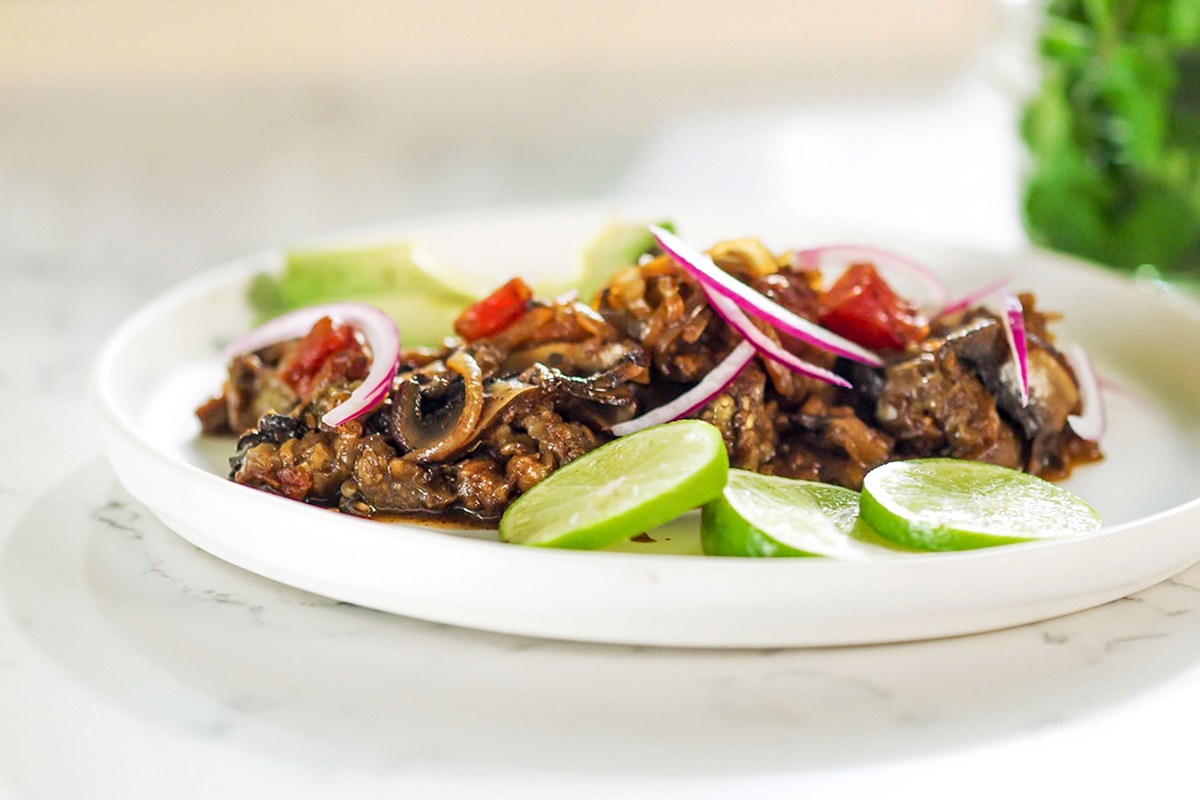 This vegan and truly plant-based barbacoa recipe with photo was originally shared with us by McCormick. 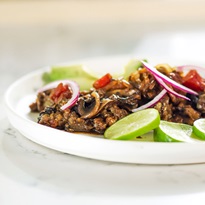 Print
Prep time
10 mins
Cook time
30 mins
Total time
40 mins
Hearty grilled mushrooms are very thinly sliced and the eggplant is shredded to provide a more meat-like texture. It's a delicious meat alternative for so many dishes, including bowls, tacos, and burritos.
Author: McCormick
Recipe type: Entree
Cuisine: American
Serves: 8 servings
Ingredients
Instructions
Notes
No Grill? Place the eggplant and mushrooms in a shallow baking pan and broil on high about 5 minutes per side or until nicely charred. Continue with the foil wrap in step 6, then roast the foil packet at 350°F for 10 minutes, flip, and roast for another 10 minutes, or until the eggplant flesh easily pulls away from the skin.
Nutrition Information
Calories: 80 Fat: 4g Saturated fat: 1g Carbohydrates: 9g Sugar: 4g Sodium: 317mg Fiber: 3g Protein: 2g
3.5.3229 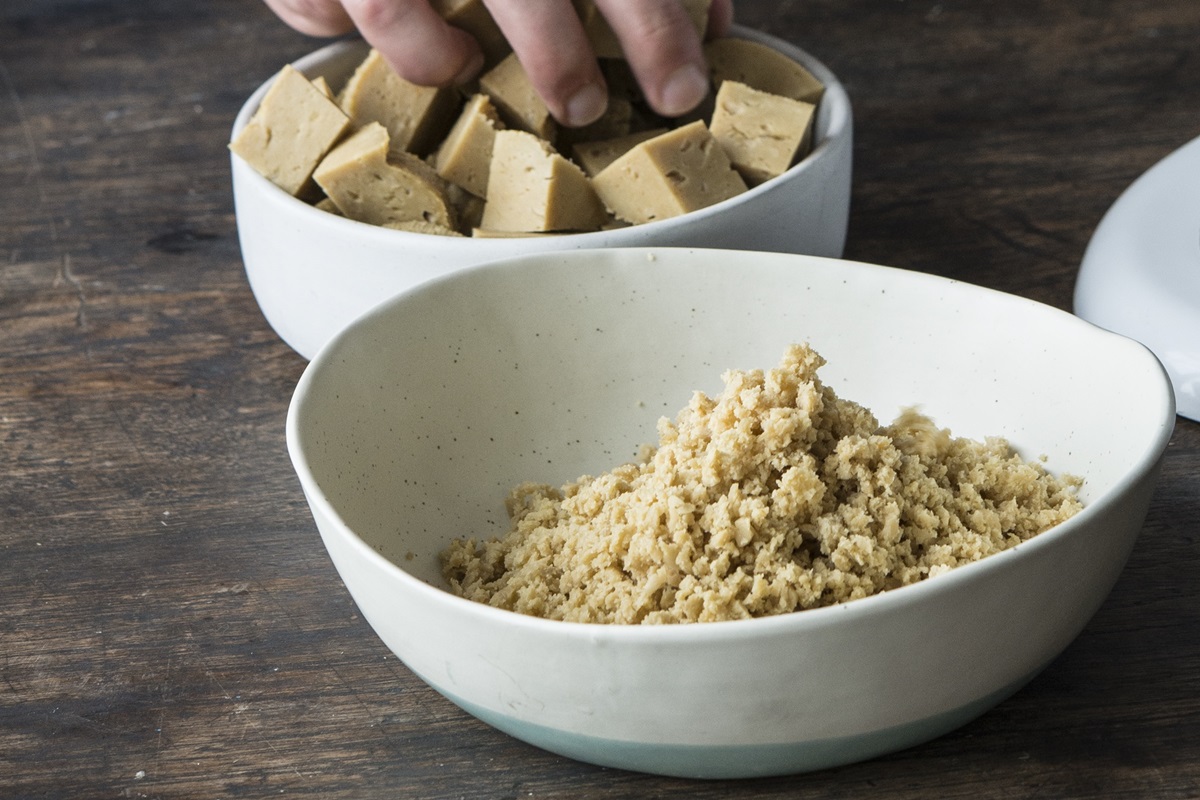 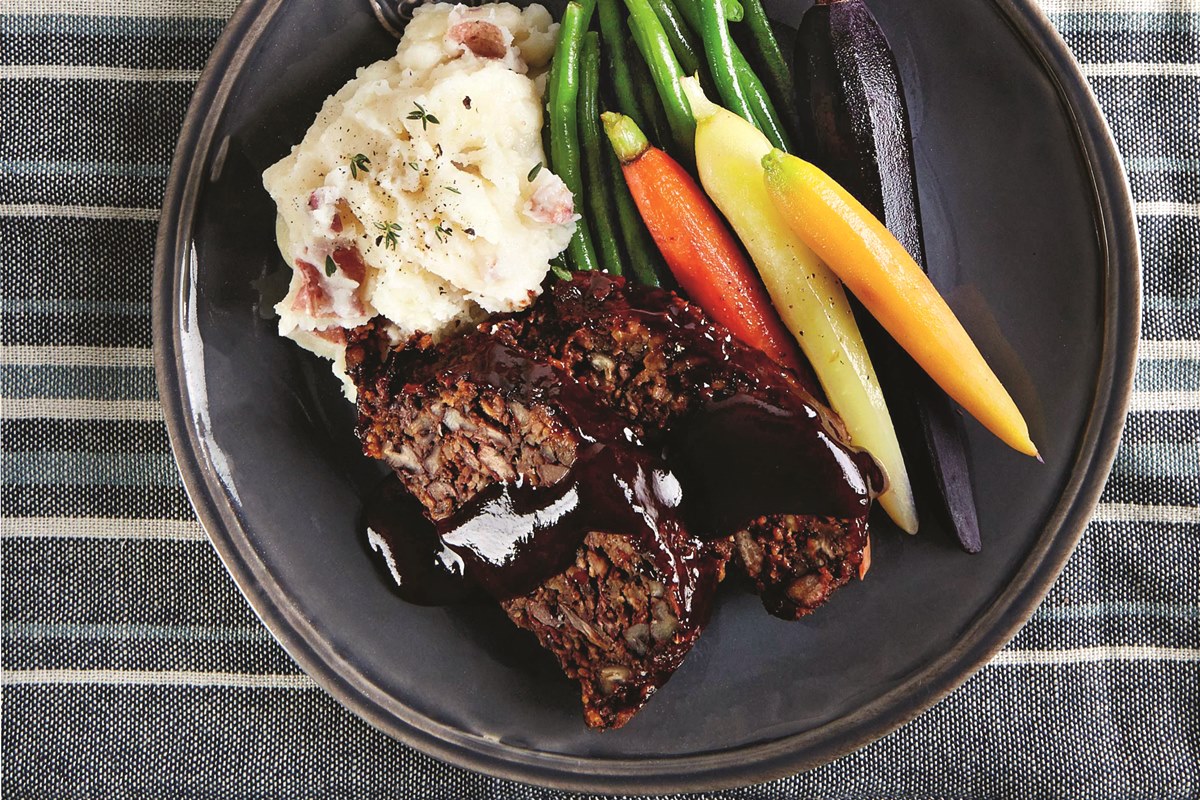 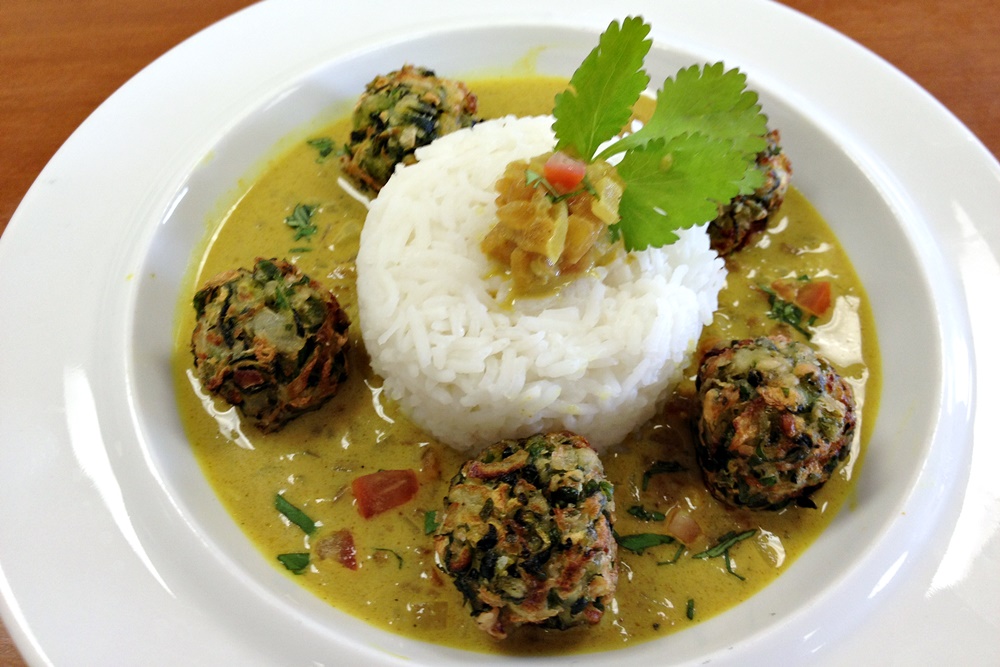