This dairy-free pumpkin spice waffles recipe was originally shared with us by Erika Waz, back when she wrote for a blog called Kids Cuisine.

Erica says these waffles do have “sneaky mom” potential, but she decided to get the kids involved instead. She called her two children in to make the waffles themselves, with a little help from mom with the hot waffle iron. They measured, mixed, and poured, and never once even questioned the addition of the pumpkin. Her daughter scraped her plate clean and declared these waffles a hit. And her son, who doesn’t normally like waffles, gobbled up every last bite and even instructed mom on the best way to eat a waffle. 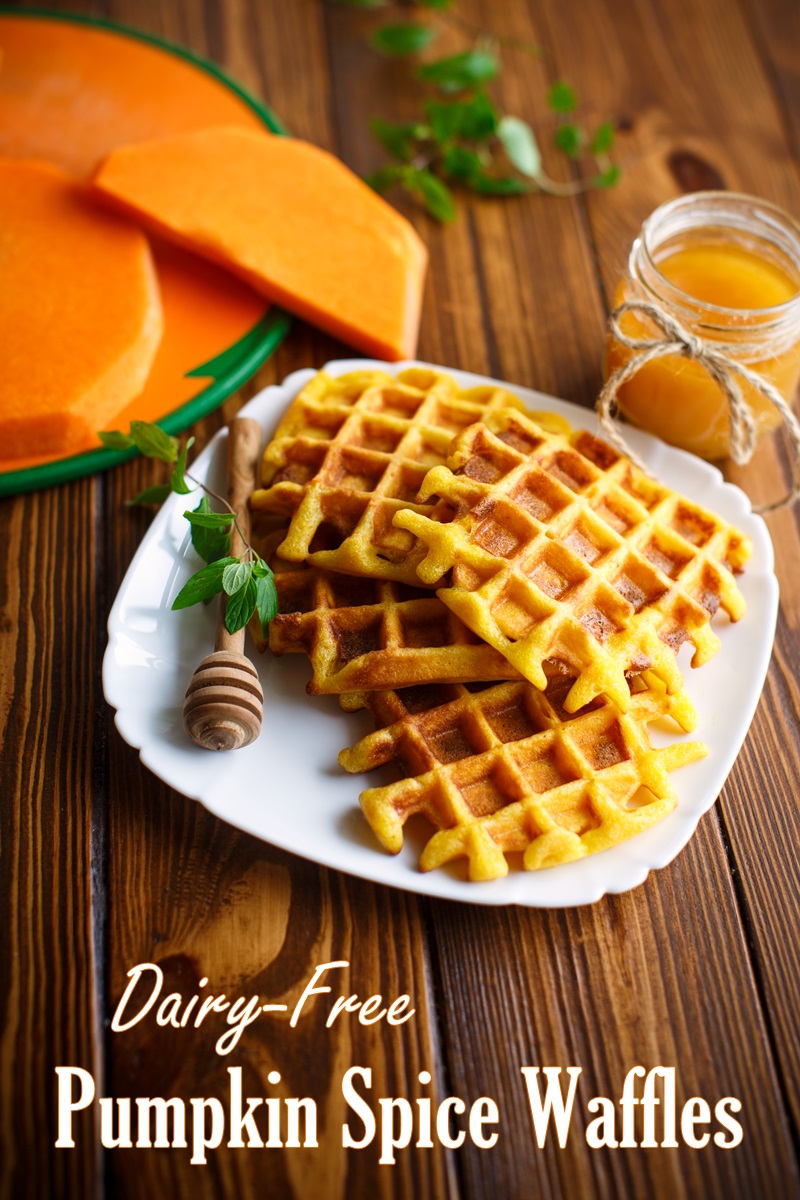 Milk Beverage Options – Waffles like fat. It helps to prevent sticking and to promote a crisper edge. So don’t hesitate to swap in lite canned coconut milk (about 1 14-ounce can) for the milk beverage. Or you can use creamy pumpkin spice beverage, if you can locate it!

Prep that Waffle Iron! – Waffles also love to stick. Make sure your griddle is fully preheated and grease it as directed by the manufacturer. Sometimes the first waffle is a disastrous sacrifice if your iron isn’t prepared correctly.

Enjoy New Toppings – Erica’s son loved these pumpkin spice waffles topped with  Homemade Pear Butter. You might also like them with Sauteed Cinnamon Apples or leftover Cranberry Sauce. However, they are pretty darn good with plain old maple syrup, too.

Freeze the Leftovers – These pumpkin spice waffles do freeze well. Place them in a single layer on a sheet in the freezer until frozen, about 1 hour. Then pack them into airtight plastic bags, and just pop one in the toaster when hungry!

Oil Alternatives – We like buttery spread or coconut oil in this recipe because they add richness, but you can swap in your favorite baking oil.

By ingredients, this recipe is dairy-free / non-dairy, nut-free, peanut-free, soy-free, and vegetarian.

For gluten-free pumpkin spice waffles, you can substitute a favorite gluten-free flour blend (one that contains a binder).

For egg-free and vegan pumpkin spice waffles, you can use one of these egg substitutes. I don’t recommend making them both egg-free and gluten-free. 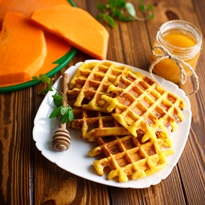