Of course, our resident fig-lover, VeggieGirl was not shy about putting the sweet power of the fig to the test.  She is bravely entering a virtually sugar-free fig dessert (just a touch of agave) into a sugary baking contest, but if I dare say so, I think she has a pretty good shot!  VeggieGirl’s Vegan Figgy Bars may be sweet, but they are healthy enough for an afternoon snack, a lunchbox treat, or even a quick breakfast on-the-go!

By VeggieGirl – I happened to remember Susan posting a while back about her Skinny Figgy Bars recipe, and I knew that this would be a great entry for the Sugar High Fridays baking contest.

Since I made quite a few changes to the original recipe, I thought I would post my version, below. If the amount of water sounds like a typo, it is not – despite the large amount of liquid, the bars were still firm and delicious, with just the right amount of moistness! So, if you like a drier bar, then simply reduce the water (or, just use the original amount of water that the recipe calls for, and add more, as needed): 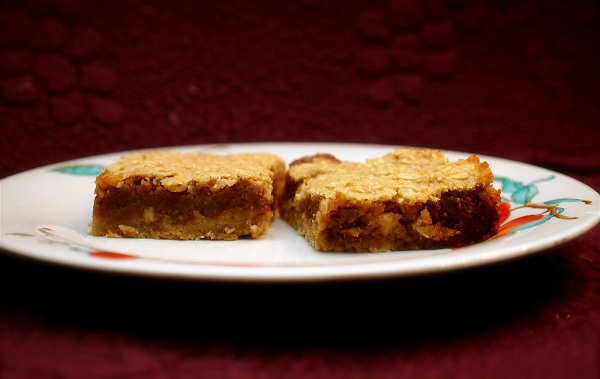 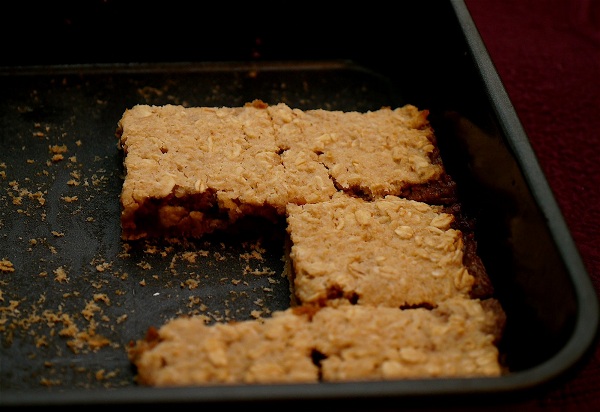 As evidenced in the photo above (which was taken about a day-and-a-half after I made the bars), it is safe to say that these Figgy Bars were a hit (my family LOVED them, and said that they were better than the store-bought variety that they grew up with). I must admit, that while this recipe was certainly a little more challenging than previous baked goods that I have made, I was extremely pleased with the outcome (especially the taste! quite scrumptious!).