I had some Granny Smith apples that were on their last legs, so I searched my own site to find a new-to-me recipe. I quickly stumbled across an egg-free baked oatmeal recipe, which was originally shared with us by a fellow author many years ago. I ended up making quite a few modifications, and this vegan apple cinnamon baked oatmeal was born. 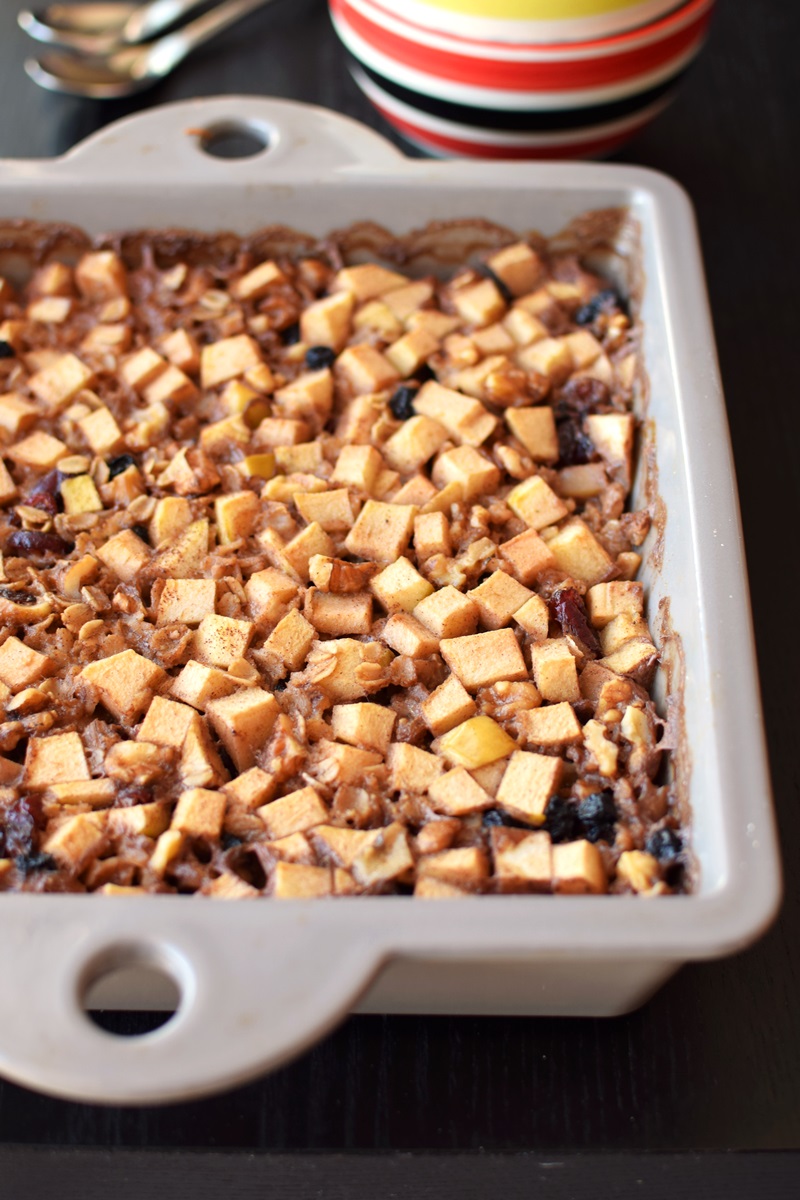 Most baked oatmeal recipes use both dairy and eggs. However, this apple cinnamon baked oatmeal is surprisingly dairy free AND egg free. As a result, it’s soft and looser than some of the traditional recipes, but we really enjoyed it this way. It’s also quite chunky from all of the delicious add-ins. 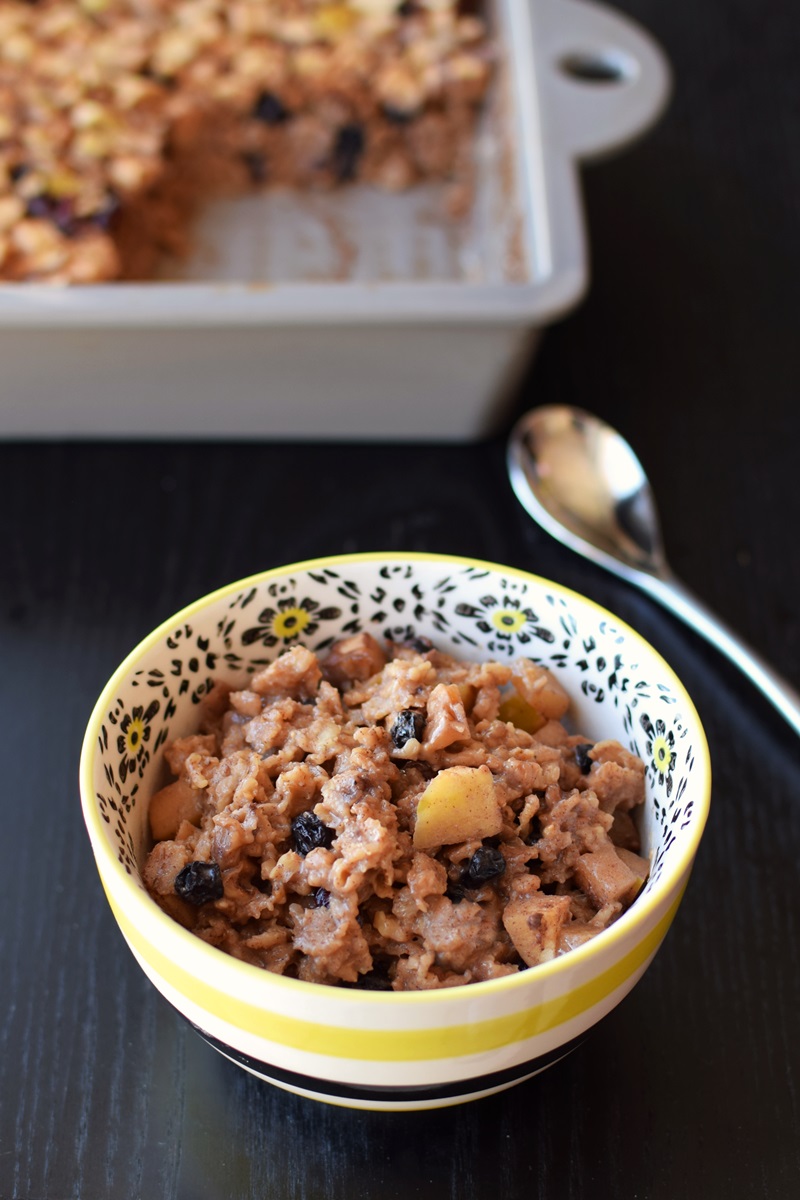 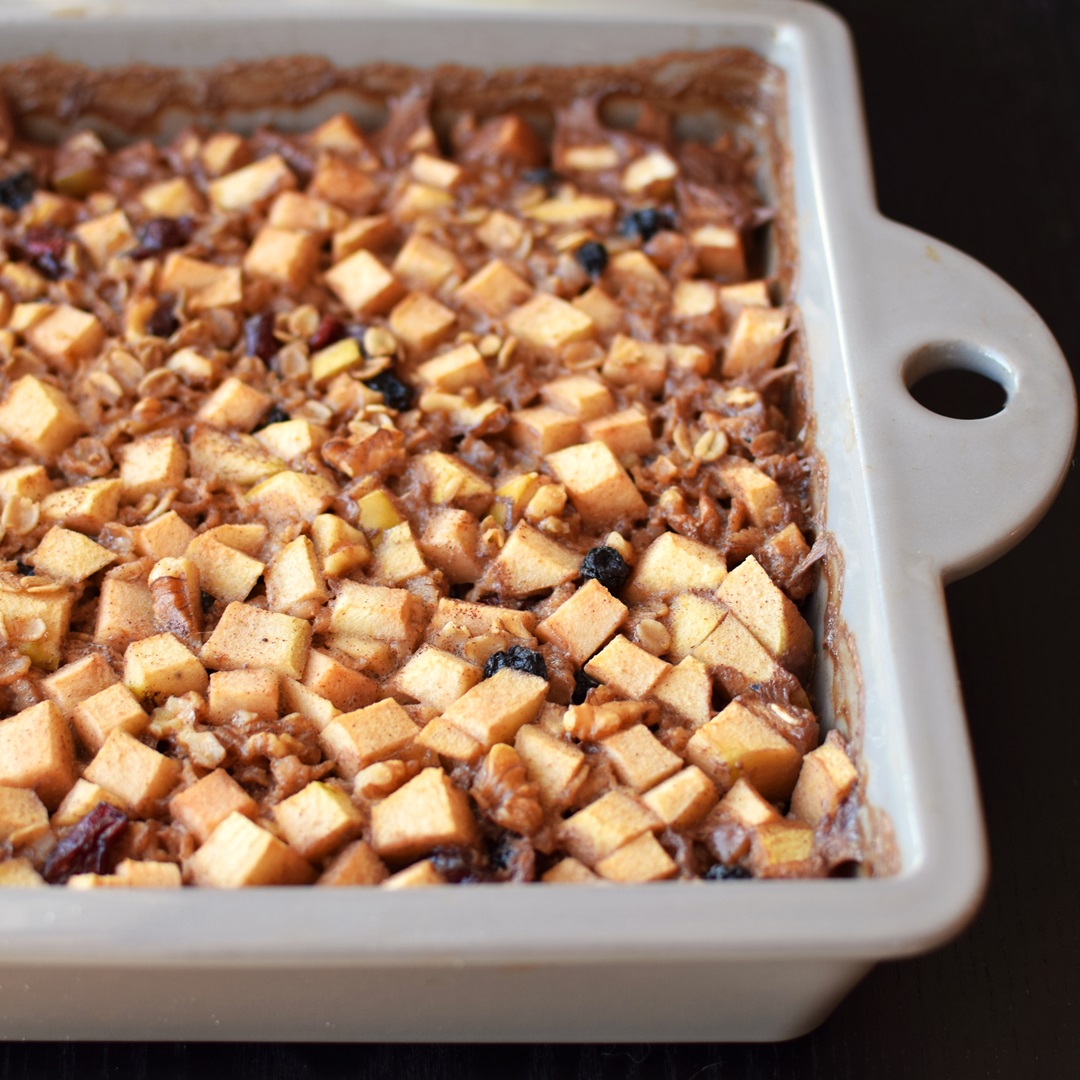 Print
Prep time
15 mins
Cook time
35 mins
Total time
50 mins
This recipe has been heavily adapted from a version by Erika Waz via Kids Cuisine. It was originally shared with us many years ago.
Author: Alisa Fleming
Serves: 6 servings
Ingredients
Instructions
3.5.3226