Today I have a wonderful sample recipe for vegan cinnamon French toast from the book, The Complete Guide to Vegan Food Substitutions.

Celine Steen and Joni Marie Newman are two of my favorite vegan recipe creators, so I had no doubt that the recipes in their latest cookbook would be excellent. But I was amazed by how cute The Complete Guide to Vegan Food Substitutions is. The fun cover is a good lead-in for the style within, which mixes color coding for chapters, little icons for special diets, randomly placed pictures, substitution charts, useful tidbits of information, and last but not least, over 200 recipes. 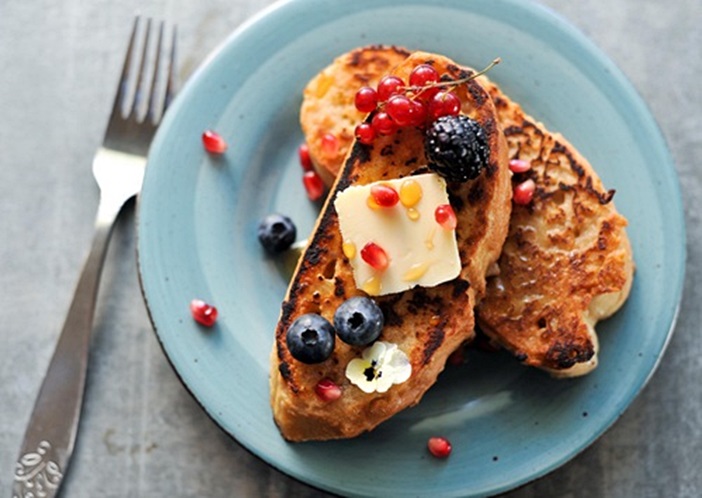 I had expected the recipes to be mostly for simple homemade substitutes, but this is really a complete cookbook. While you will find the occasional recipe for homemade mayo or a cheese alternative, for the most part they are full blown recipes that aren’t so much substitutes, but rather tasty examples of recipes that have subs incorporated (and what they are).

The chapters are broken down into types of substitutes, and cover a bit more than you might expect: Dairy, Cheese (yes, this is still dairy, but apparently special enough to warrant it’s own chapter), Eggs, Meat (Beef, Chicken, Pork, and Seafood), Honey & Gelatin, Gluten, Soy, Refined Sugar, and Fat.

In typical Celine and Joni fashion, the recipes in each section are creative, and sound insanely appealing. I literally dog-eared nearly the entire book. Just a few that I hope to make in the very near future include:

Print
Prep time
10 mins
Cook time
12 mins
Total time
22 mins
This recipe is so easy it’s almost embarrassing. But who doesn’t love a ridiculously easy recipe? So here you go: super-easy, egg-free, cinnamon French toast.
Author: Celine Steen and Joni Marie Newman
Recipe type: Breakfast
Serves: 3 to 4 servings
Ingredients
Instructions
Notes
Bread Note: Stale bread is strongly recommended in this recipe as fresh bread makes the toast soggy. If you don’t have stale bread, fake it by putting slices of fresh bread on a baking sheet and placing it in the oven at the lowest setting for about an hour.

Recipe and photos from The Complete Guide to Vegan Food Substitution: Veganize It! Foolproof Methods for Transforming Any Dish into a Delicious New Vegan Favorite by Celine Steen and Joni Marie Newman (reprinted and published on Go Dairy Free with permissions from the authors).
3.5.3229 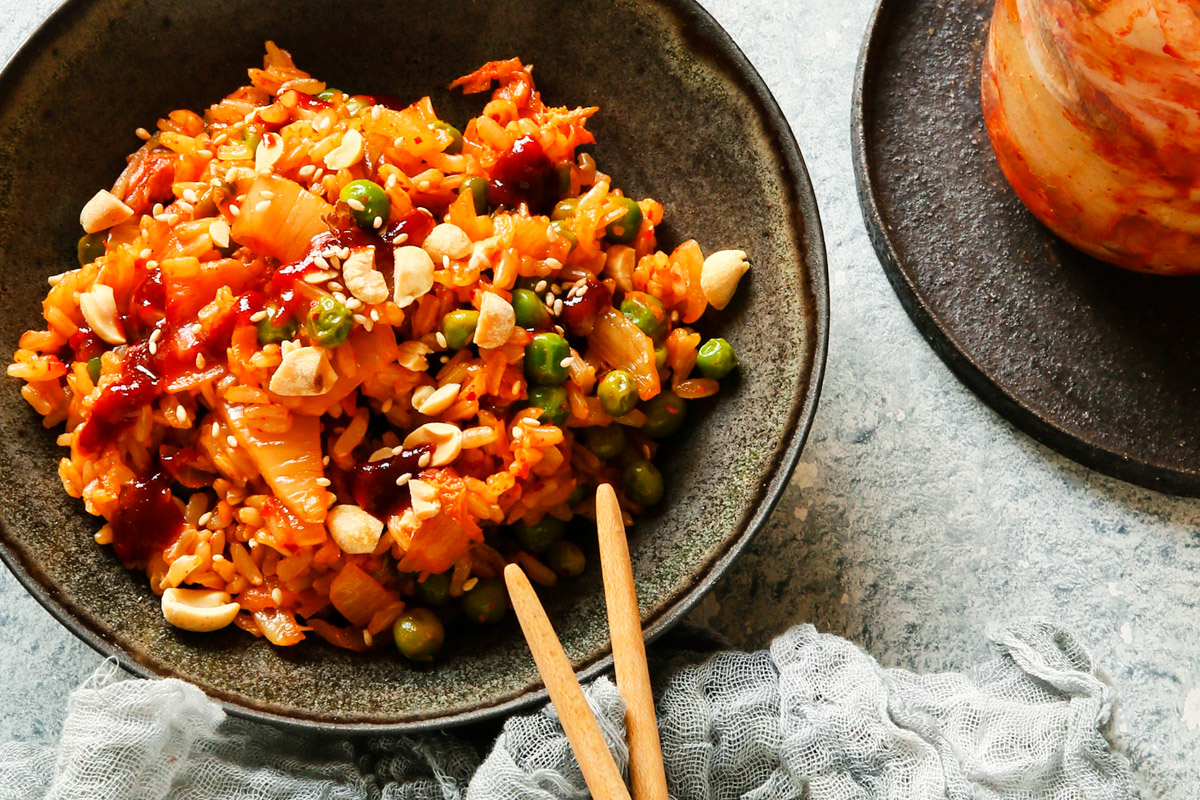 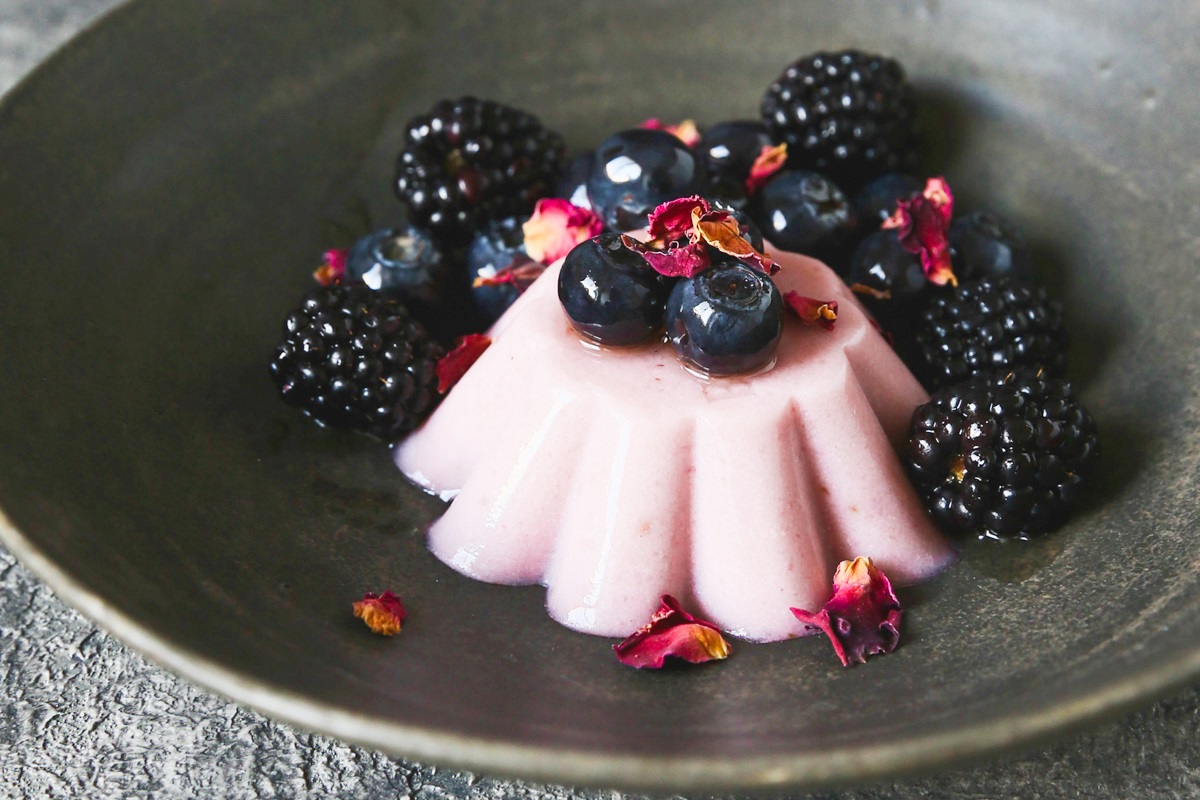 Apple Pie in a Pecan Crust 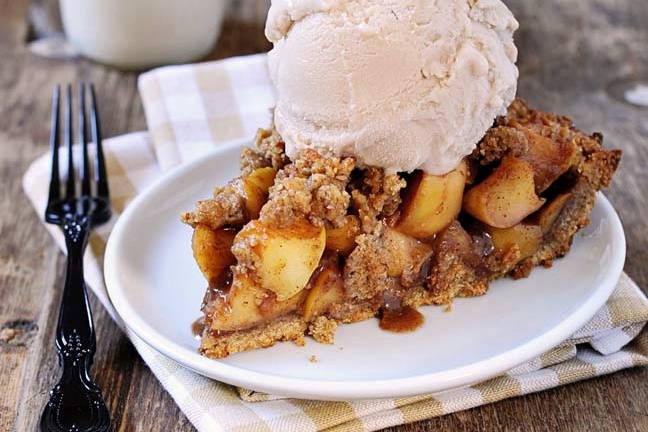