There are certain books I like to reread at different times of the year. Autumn brings to mind the Little House series and Harry Potter, particularly the first book in the series, Harry Potter and the Sorcerer’s Stone when Harry is setting off for Hogwarts and having the time of his life making friends and enjoying lots of delicious foods, like these sweet vegan pumpkin pasties. 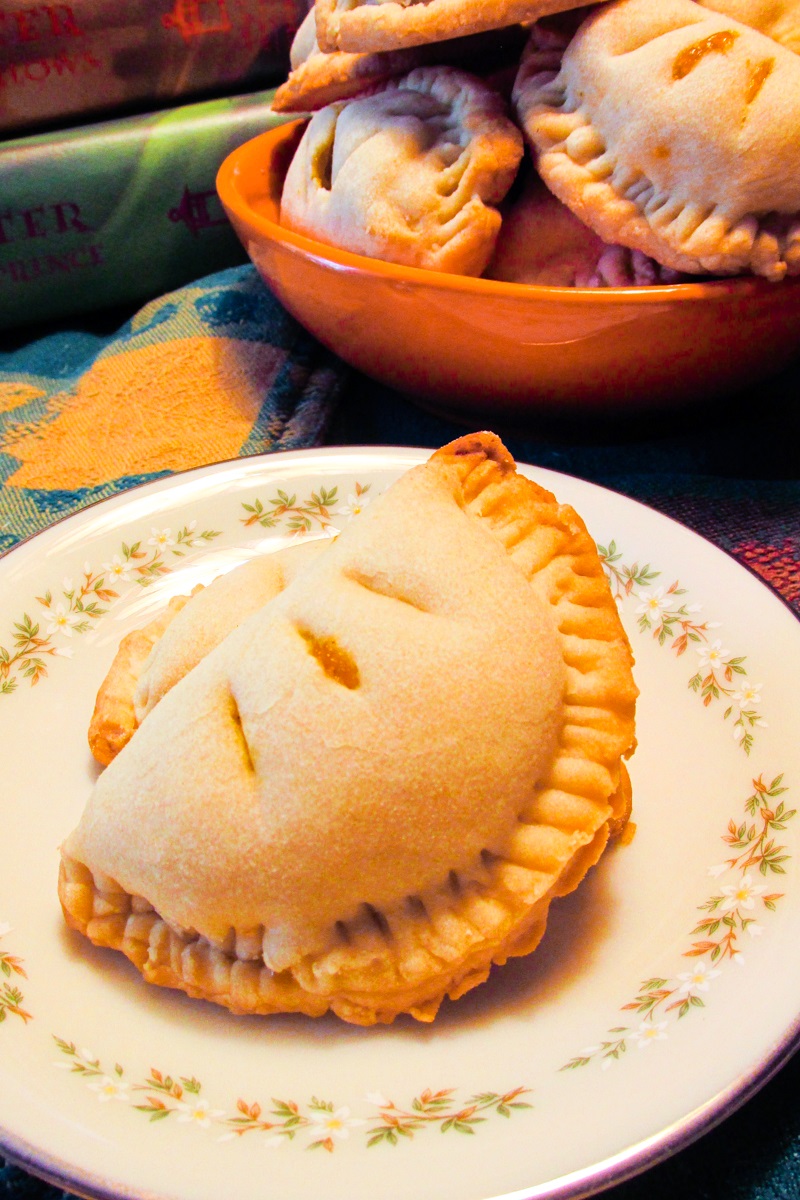 On the Hogwarts Express, Harry buys all kinds of treats from the witch selling snacks, including Pumpkin Pasties, which are like little pumpkin tarts. A recipe for Pumpkin Pasties is featured in The Unofficial Harry Potter Cookbook, which is a fun read that also has good recipes.

Katherine made the Pumpkin Pasties recently, but she adapted them to be dairy free. She also made them a bit smaller than the original recipe states, to make the dough easier to handle and the finished pasties an easier size for small hands to hold–or pack in a lunch! Finally, she added a bit more seasoning to the filling to make the pasties even tastier.

The filling in these vegan pumpkin pasties is easy for young children to measure and mix all by themselves. They can also measure the crust ingredients into the food processor and process the dough with help. Once the dough is ready, kids can help roll it out and cut out the circles of dough, fill them, and seal them. Because the pasties are small, they make the dough easier to handle. Older children and teens can easily make the entire recipe by themselves. Since this recipe is vegan, there are no worries if helpers sneak a bite of filling! 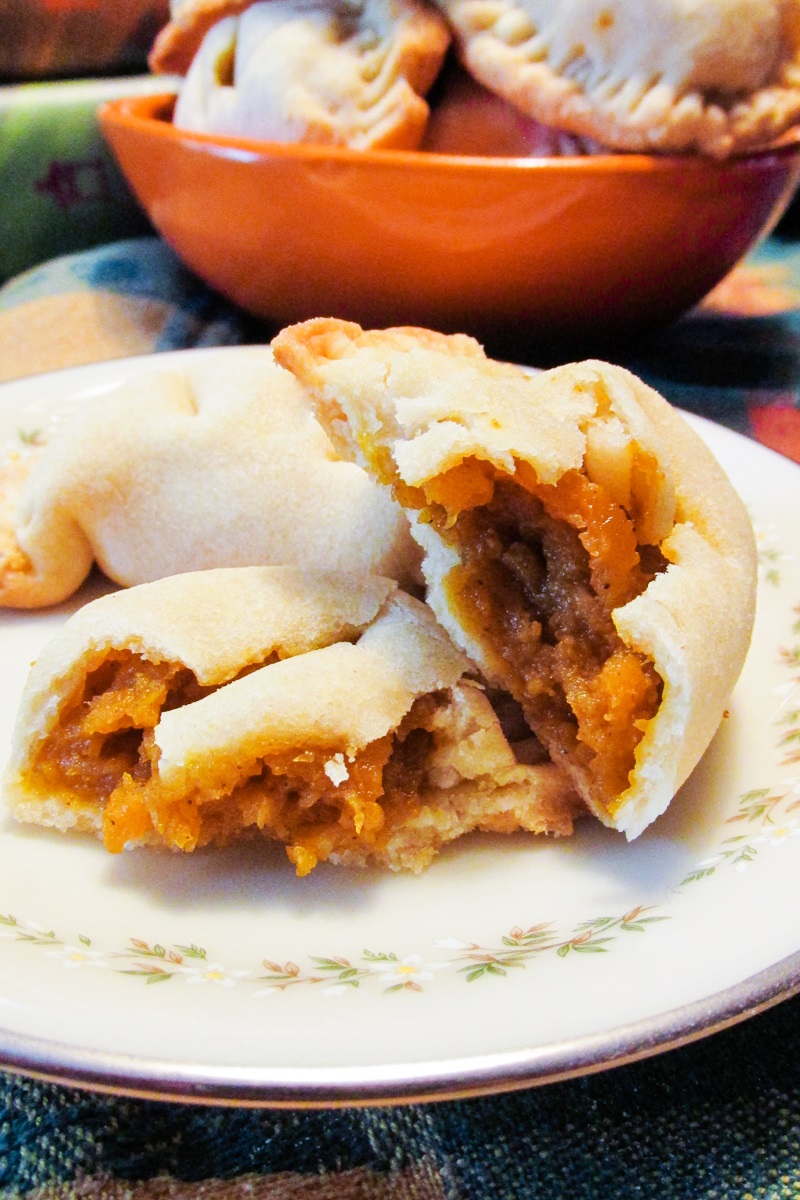 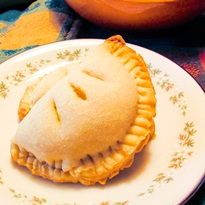