If you are not lactose intolerant yourself, odds are you know someone who is. According to the National Institute of Diabetes and Digestive and Kidney Diseases (NIDDK), between 30 and 50 million people in the United States alone are lactose intolerant. Look around, that is up to 1 in every 6 people you see!

What Exactly Is Lactose Intolerance?

Otherwise known as “milk sugar”, Lactose is the primary carbohydrate in milk products. During the digestion process, lactose is broken down into glucose and galactose for proper absorption. This step occurs in the small intestine with the assistance of an enzyme known as Lactase. Many people have or develop a shortage of lactase, and therefore are unable to properly digest some or all of the lactose they consume. The unabsorbed lactose passes into the colon where it can have a party! This lactase deficiency and any resulting gastrointestinal symptoms, are what is typically referred to as lactose intolerance.

Who Is Most Likely To Be Lactose Intolerant?

Lactose Intolerance rates are much higher among adults, and are known to be significantly increased in certain nationalities. According to the NIDDK’s 1994 study, the incidence of lactose intolerance in the United States is reported as follows :

Internationally, it has been estimated that 70% of the world’s population is lactase deficient and at risk for the symptoms of lactose intolerance . Men and women are affected equally, although some women may temporarily regain the ability to digest lactose during pregnancy.

What Are The Symptoms Of Lactose Intolerance?

Symptoms may vary from person to person, and can range from mild, to very uncomfortable, to embarrassing, to severe. The most notable by products of lactose intolerance are:

These symptoms typically emerge about 30 minutes to 2 hours after ingesting lactose-laden foods.

How Does Lactose Intolerance Develop?

For most, lactose intolerance is developed through the progression into adulthood; for some it is acquired as a result of an acute illness; and for a very few lactase deficiency is present from birth.

Primary Lactose Intolerance stems from a natural and gradual decrease in lactase activity after weaning. This is the most common cause of lactose intolerance. Due to the progression, symptoms may develop as early as 5, and often worsen with age. Some may have a complete loss of lactase activity, but many will retain 10-30% of their initial level of the enzyme activity. Not much, but something.

Secondary Lactose Intolerance may occur during episodes of acute illness. This may happen at any age, and following full recovery, it is possible for the damage to be reversed. A few potential causes of secondary lactose intolerance are Irritable Bowel Syndrome, Acute Gastroenteritis, Celiac Disease, Cancer and Chemotherapy.

Could It Just Be Maldigestion?

Of course, the true prevalence of lactose intolerance has been put into question by, none other than…the dairy industry. In fact, the National Dairy Council suggests that most people are not actually lactose intolerant, but rather they are suffering from lactose “maldigestion”. Let’s clear something up here, the definition for “maldigestion” is as follows: Impaired digestion, which can cause uncomfortable gastrointestinal symptoms and overall poor health. And the difference is…?

As mentioned above, some people do retain a small amount of lactase enzymes, and are therefore able to ingest small amounts of dairy products with little to no visible symptoms. However, this is certainly not a green light for washing those cookies down with a big glass of milk.

Fortunately, both diagnosis and treatment of lactose intolerance can be very easy. The Dairy Free Challenge is a quick and effective way to identify lactose intolerance. Also, be sure to use a Journal to track your diet and symptoms daily. In addition to pointing out any lactose intolerance, a Journal will evidence which foods have the greatest impact and what quantities you may be able to tolerate. Speak with your doctor if you would like a clinical diagnosis, several tests are available.

Scientists have not yet discovered a way to boost the body’s ability to produce lactase. Therefore, the best treatment for lactose intolerance is simply dietary avoidance of dairy products. Some individuals will be able to “tolerate” limited quantities of dairy, or dairy products in low-lactose forms such as hard cheeses and yogurt. However, most doctors would be hesitant to recommend cheese as a major source of calcium as it is loaded with saturated fats, a proven link to heart disease. Plain yogurt specifically with live yogurt cultures may be well-tolerated, but not the yogurt we Americans love loaded with fruit, flavors, and sweeteners. For those who must have that ice cream sundae, lactase enzymes are available over the counter. However, these are not 100% effective, and typically must be consumed prior to, or at the time of, each bout of dairy intake.

Utilize the many guides and resources available on this site for assistance in both dairy free and dairy limited lifestyles. 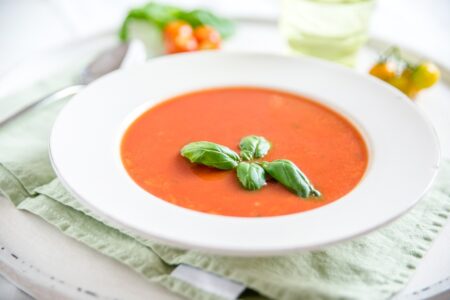