Alisa Fleming ~ June, 2012 – In an effort to get more people to consume cow’s milk, researchers are genetically altering livestock. Just one year ago, Chinese scientists announced that they had successfully introduced human genes into 300 dairy cows to produce milk with the same properties as human breast milk. Today, another group of Chinese geneticists is jumping for joy over their success in creating a calf whose milk is low in lactose. 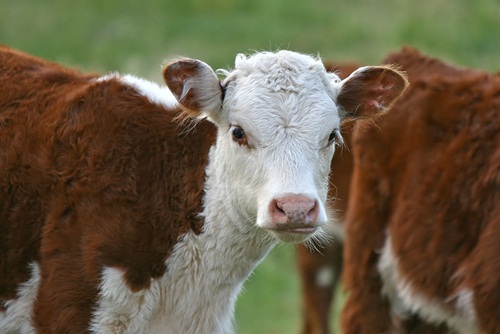 The calf was born two months ago (two other calves were born with the gene, but both died within 24 hours), and they are expecting it to begin producing low-lactose milk in about two years, when it gives birth to offspring. To alter the calf’s milk, geneticists introduced a gene which causes lactose to break down into other types of sugar that are more easily digested by humans. The plan is to create entire herds of these genetically modified cows, and have their GMO low-lactose milk hit markets in 5 to 10 years.

Not surprisingly, many people are outraged by these developments, and question the safety of milk from genetically modified animals. It also begs the question, “If select people have reactions to a particular food, should they really be consuming it at all?”

Dr Helen Wallace, director of Genewatch, doesn’t think so. She stated, “As with all GM technology, there is a potential for unintended consequences as it is interfering with the natural biological production pathways of milk, so it could affect other nutrients or even have harmful effects.”

The Humane Society has also voiced their opposition to the practice of genetically modifying animals. Spokesperson Wendy Higgins said, “Genetic modification of animals has an almost unique capacity to cause suffering and the welfare impacts on the animals produced can be both unpredictable and severe.”

For those opposed to GM foods, also keep a watchful eye out for Omega-3 rich milks. Another group of scientists, at the Inner Mongolia University, has been busy using cloning technology to introduce a gene from roundworm into cow embryos that dramatically increases the Omega-3 fatty acids in their milk.

Fortunately, natural alternatives to dairy milk are readily available for those who have lactose intolerance, milk allergies, or choose not to consume dairy products. Dairy-free, lactose-free and vegan milks made from coconut, soy, rice, hemp, almonds, oats, or other nuts and grains are now sold in most grocery stores across the United States, and prices are becoming quite competitive.

Non-dairy milks vary in nutrients, though many are fortified to rival the vitamin and mineral content of dairy milk. Be sure to check the ingredient and nutrition statements of milk alternatives to ensure they contain the nutrients recommended by your physician.