Updated January 2023! This is the sandwich shop of special diet dreams. When it comes to gluten-free, dairy-free, and vegan, there are options for everything at Ike’s Love & Sandwiches. And the best part is, there’s no upcharge for special diet requests! Yes, that vegan cheese swap is free, and it melts incredibly in their oven toasting machine. You can order your sandwich cold, but why? 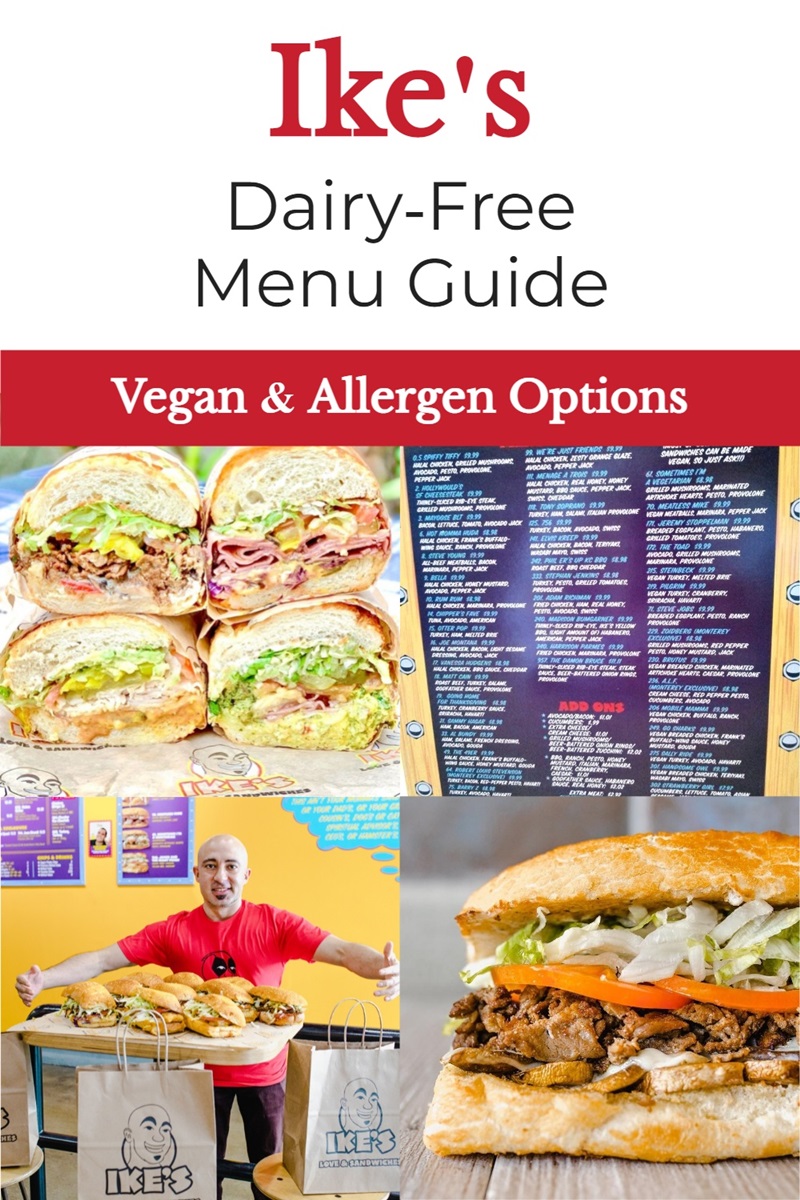 Because Ike’s offers a ridiculous amount of sandwich combinations, which vary by location and can all be modified, we’re listing the menu sandwiches that are dairy-free as is (just a handful) followed by the components to help you custom order. This will make it easy to select your sandwich of choice and modify it as needed. But be aware of the Heads Up notes to help clarify information.

Other Allergen & Dietary Notes: All items as listed below are also made without egg, gluten, nuts, peanuts, and soy, unless otherwise noted. Most of the following can be made without egg – simply substitute egg-free / vegan sauce. Some items might contain soy oil. Ike’s does not necessarily call out highly refined soybean oil as a top allergen, per the FDA. Ike’s is very friendly toward vegan guests. They offer the vegan meats shown below, vegan cheese, and vegan dirty sauce to make almost any veggie sandwich vegan-friendly.

Heads Up! Most other sandwiches at Ike’s can be custom ordered dairy-free with no cheese or by substituting vegan cheese. Use the component guide below to custom order your favorite sandwich on the menu. There are simply too many to list each option! For egg-free needs, substitute vegan-friendly sauces.

Heads Up! The Vegetarian Bacon at Ike’s is not dairy-free nor vegan.

Heads Up! All other add-ons at Ike’s, including the Eggplant, Onion Rings, and Zucchini, are made with dairy.

Heads Up! Their Southwest Pesto is made without milk, but all other Pestos at Ike’s contain milk, including the Green, Red, and Red Pepper Pestos. 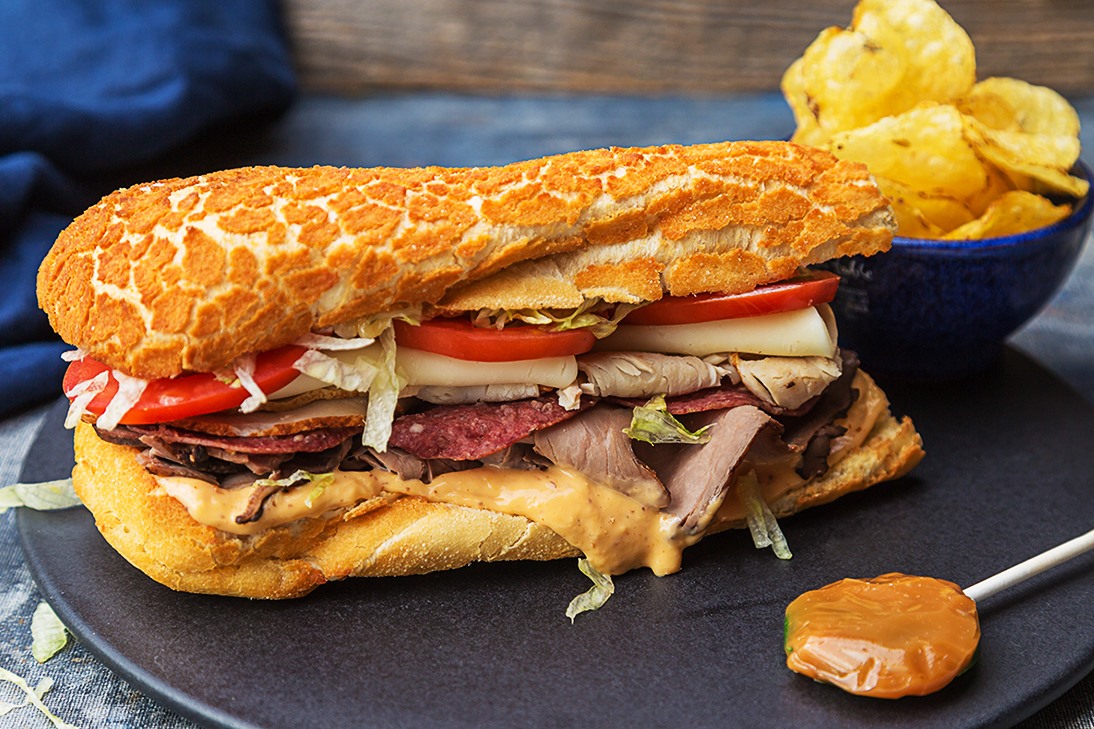 Where to Find Ike’s Love & Sandwiches

Ike’s has over 50 locations throughout California, Nevada, and Arizona. See their website below for addresses, hours, and online ordering.

My family and I always use to get the Steve Jobs at Ike’s, substituting vegan cheese instead of provolone and veggie chicken instead of eggplant. It was never a problem and we never incurred an upcharge. Until this past weekend…

Now Ike’s is charging for substitutions. The $10.99 Steve Jobs ended up being nearly $19 after charging extra for the veggie chicken and cheese.

I reached out to corporate for clarification since I’ve never been charged previously and they responded “We have always charged extra for these items at our locations (as these specific items are a higher cost).”

So if your location isn’t charging, heads-up that may be changing soon, which is a bummer.

This is problematic! I’ve visited Ike’s many times in the past, at different locations, and they never had an upcharge for dairy-free cheese. Their corporate is being a bit dishonest, which is disturbing. That’s an insane price for a sandwich! Thank you for sharing this information.

My favorite is the Pilgrim Sandwich made vegan. It has so much flavor and is delicious! They add Daiya cheese if you request it for no extra charge, love that! And all of their flavor combinations are unique and create a party in your mouth! My go to for sandwiches!

Their sandwiches are a savory, gooey indulgence, and I love that they don’t charge extra for vegan cheese! They are a little pricey, but quite big, so my husband and I often split one, like the Matt Cain (our favorite!). 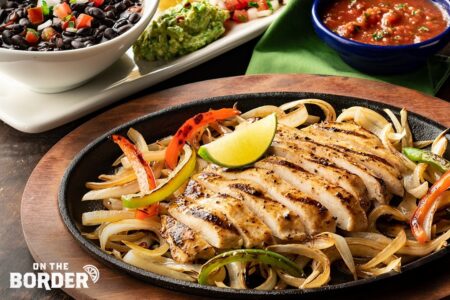 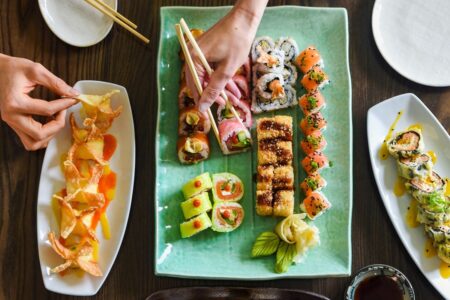 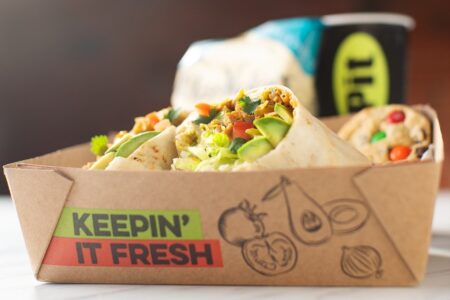