Last Update in August 2022! I know what many of you are thinking. “Vegans don’t consume dairy, case closed!” But we’ve entered a new era of food engineering, which is blurring those once distinct lines. Most vegan food products are still dairy-free, but not all. In this post I’ll explain why, and we’ll keep a running list of vegan brands and products that aren’t dairy free, for your quick reference. 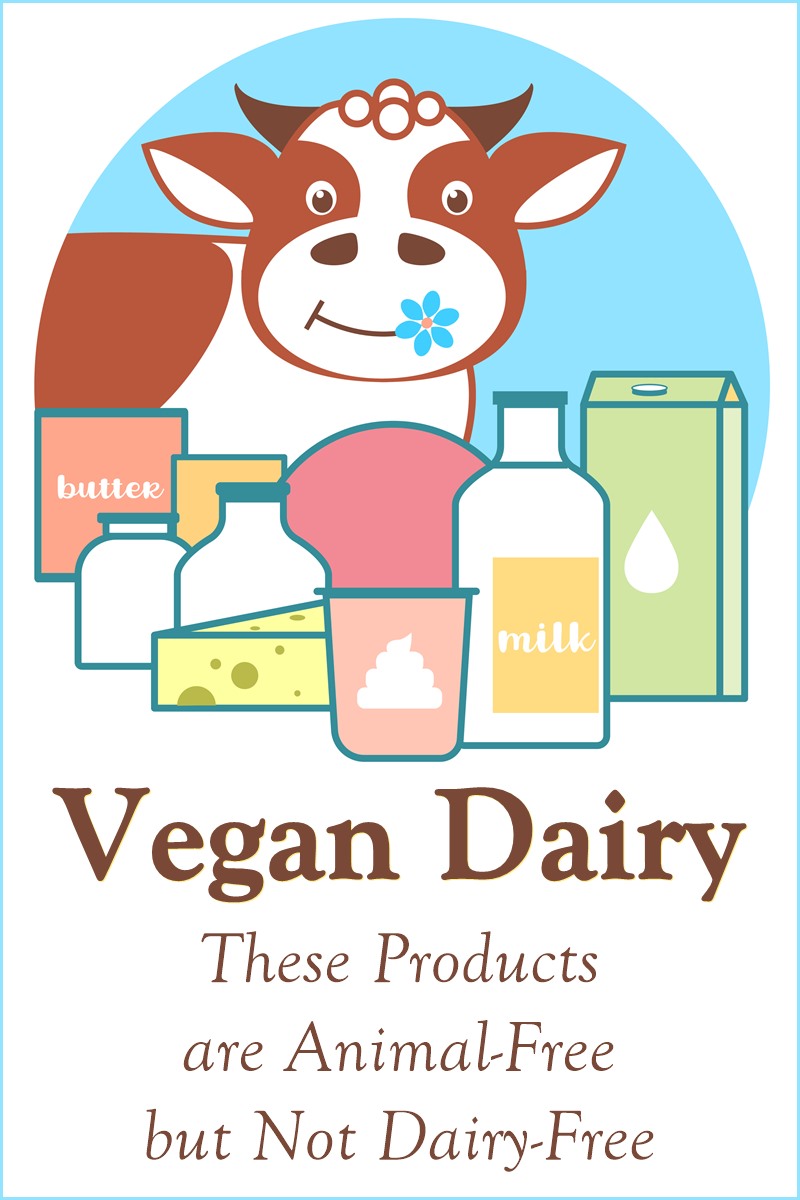 Is Vegan Dairy Free? Usually, But These Products are Not!

Vegan diets ban all animal-derived products, which typically includes meat, seafood, dairy, eggs, and bee products, like honey. Animal-derived is the key phrase here. Crafty food scientists have managed to create dairy proteins in the lab without the use of animals in any way. But how?

Milk Proteins without the Cow

Companies are utilizing a few different technologies, but they all involve genetically engineering a non-animal organism (like yeast or plants) to produce dairy proteins. They do so using the genome of a dairy cow, which has been fully mapped, and is readily available. So no animals, or derivatives of animals, are used to produce vegan “dairy.” Nonetheless, the proteins produced are molecularly identical to dairy proteins. This means they could still cause milk allergy reactions and have medical implications for people who have health issues or concerns with milk proteins.

Vegan Dairy is Not Non-GMO

Most of the brands listed below are heavily marketing the idea that the milk proteins are “made in a kitchen, not a lab.” It is true that the products do not contain genetically modified organisms, but they are created from genetically modified organisms. This is why they cannot be certified non-GMO. Last time I checked, microflora don’t naturally produce milk proteins. They might use a natural fermentation process in the production of the proteins, but they first have to genetically modify the microflora used to produce them.

Vegan Brands & Products that are NOT Dairy Free

When I first posted about this new technological development, I honestly didn’t think it was going to be wildly successful. But investment money is pouring into engineered proteins, and new vegan dairy products are steadily popping up. I know – as if finding dairy-free products wasn’t frustrating enough! But I’ll do my best to keep you continuously informed with this guide.

In most cases, these vegan products are lactose-free (always check!). But they are not dairy-free, due to the use of engineered, “bio-identical” dairy proteins. They should always have milk clearly listed in the ingredients or contains statement. Nevertheless, the “animal-free” and “vegan” labels can confuse anyone. We’ve included a sample product or logo image with each brand, to help you spot them at a glance. 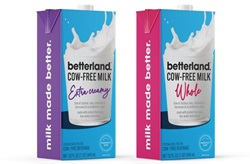 This company partnered with Perfect Day to make the first retail vegan dairy milk. They say it has “67% less sugar than traditional milk,” so it might not be completely lactose-free. It appears to be made with genetically engineered whey protein. 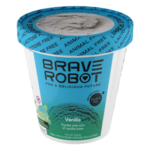 This was one of the first vegan dairy brands to hit the market. They use genetically engineered whey protein from Perfect Day (read more below) to make various ice cream pint flavors. They are sold online and in major grocery stores across the U.S.

General Mills is now in the vegan dairy game with their new brand, Bold Cultr. This “non-animal” cream cheese alternative, as they call it uses Perfect Day’s genetically engineered whey proteins. They are also working on cheese shreds and slices made with casein proteins.

Tomorrow Farms has launched this line of flavored milks using Perfect Day milk proteins. They promote it as “animal free,” “lactose free,” and “vegan friendly,” but of course, it is not dairy-free.

Their Climate Here Super Cake Mix is the first application to venture outside of dairy alternatives. It’s “vegan” with no need for eggs, but contains Perfect Day’s genetically engineered whey protein. Unlike the other products on this list, the manufactured whey is used as an egg substitute – you still add oil and liquid. 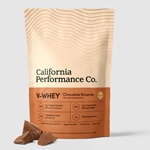 If you’re concerned about the name of their V-Whey protein powders, you should be. These are made with Perfect Day’s whey protein, which is genetically engineered dairy. They do have the required milk allergen disclosure, but boldly have “made from plants and flora,” “vegan,” and “animal-free whey” on the front of their packaging, which can be deceiving. And it’s made by fungus, it’s made from cow genes. The plants are more like surrogates. 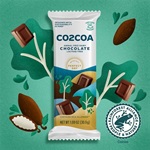 Their label states “animal-free dairy” and “lactose-free,” but neither of these claims should be mistaken for dairy-free. This brand from mega-chocolatier Mars is made with genetically engineered whey protein from Perfect Day. Please note that they are also promoting this product as “vegan friendly.”

When the Urgent Company bought Coolhaus, we were obviously concerned. And for good reason. They have decided to keep their dairy-free line, for now, but they have added “animal-free” dairy ice cream sandwiches under the Coolhaus name. So these ice cream sandwiches are dairy-free, but the ones pictured at right are not. 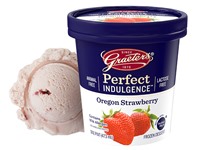 Graeter’s Ice Cream Shops are popular in the midwest, but they’ve become confusing for dairy-free customers. Their “Perfect Indulgence” line of scoops and pints is made with Perfect Day’s “animal-free,” genetically engineered dairy proteins (read more below). 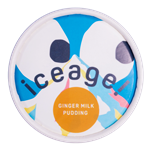 Igloo Dessert Bar in Hong Kong partnered with Perfect Day to create Ice Age. It’s a line of vegan dairy ice cream that’s made with their lab-created whey protein. It appears to be available at their pop-up location, and is being delivered to customers throughout Hong Kong. Obviously, this product isn’t a big concern in North America, but we want to keep this list as complete as possible!

This the first vegan dairy cheese to hit the market. It was created by The Urgent Company and comes in a few flavors (different colored packaging for each flavor). It is made from genetically engineered whey protein. They do clearly label for milk allergen, but the “animal-free” and “made from plants and flora” are prominent and could still confuse consumers and food service workers. They also promote this product as vegan-friendly.

A company called Natreve is using Perfect Day’s whey proteins to make a full line of “animal free whey protein” powders. Vegan websites like VegNews are promoting it, and the title is focused on the lack of live cows used in production. But don’t let the name fool you, this is dairy protein.

Their Whey Forward protein powder is made with Perfect Day’s genetically engineered whey. They do disclaim milk, but it s marketed as “animal-free” and made with “non-animal whey.” And as with other brands, the milk notations are much smaller than the marketing messages. 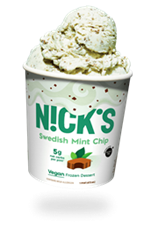 Their vegan ice cream line is made with Perfect Day’s genetically engineered whey protein. They started with just three limited edition animal-free flavors, and are now up to five flavors, continuously available to order online. We don’t think they’ve started shipping to stores, yet.

At last check, this vegan cheesemaker wasn’t quite ready to go to market, but they were getting close to releasing a mozzarella. They dance around their process with marketing keywords and child-like phrases, but it appears they are using the same process as Perfect Day, discussed below. It involves genetically modifying yeast or other flora to produce casein, the primary dairy protein in cheese.

This producer has received ample funding to recreate the unique genetic code of casein in soybean seeds, to grow plants that have the same dairy caseins found in animal milks. It sounds as if this is, technically, a genetically modified food. They have plans to hit the market with vegan dairy cheese in late 2022 or early 2023. 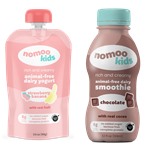 The name of this brand is even more deceptive, since it plays on the idea of no dairy. In fact, their marketing works hard to distance them from cows. But this product line of kid-focused pouch yogurts and bottled smoothies is made with dairy whey proteins. As the company mentions, the proteins are made through fermentation, not farming. But the organisms are genetically modified first so that they can create dairy milk proteins identical to cow dairy proteins.

This was the first company to hit the market with lab-created milk proteins. They genetically engineer yeast with DNA to make it produce casein and whey. So technically, the end product is not genetically modified, but it is produced by a genetically modified organism. They originally launched their own ice cream, but shifted gears to supply their proteins to other food manufacturers. They have also launched a vegan dairy milk with their whey proteins (it’s in test marketing at select Starbucks) and they are working with companies to produce vegan dairy yogurt. So keep an eye out for the Perfect Day logo on vegan products. 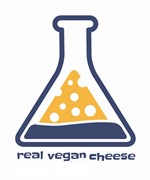 This is a venture by Counter Culture Labs in the California Bay Area. They are using a similar technology to Perfect Day, genetically engineering yeast and other microflora to produce dairy proteins. As their name implies, they are focused on cheese, but they are still in the R&D phase, and don’t have any products to market yet.

They haven’t hit the market yet, but are working hard in their Tel Aviv Israel lab to create milk and cheese products from genetically engineered casein proteins that are molecularly identical to cow’s milk casein proteins. They are using mRNA technology. Like Perfect Day’s process, the end product is not genetically modified, but it is created via a process of genetic engineering. They do plan to release products in North America.

At our time of writing, they weren’t to market yet, but were working on animal-free cheese shreds and slices and cream cheese made with lab created milk proteins. They didn’t specify that type of proteins, but cheeses are usually rich in casein. This brand is a General Mills endeavor.

Their “Cow-Free Milk” label with a line through a milk carton might lead you to believe their protein candy bars are dairy-free. But they are using some trickery – it’s “cow-free milk” not “cow milk-free.” They are still made with Perfect Day’s whey protein, which is indeed bioidentical to cow milk. This is a Betterland Foods brand.

A couple products have vanished since our initial post about the not-so perfect day vegan dairy emerged. As mentioned, Perfect Day no longer produces their own line of ice cream. And Smitten Kitchen’s N’ice Cream was discontinued due to “supply issues.”

Please note that we are not passing any judgement about these foods, but simply reporting vegan dairy foods that consumers could easily mistake for dairy-free products. 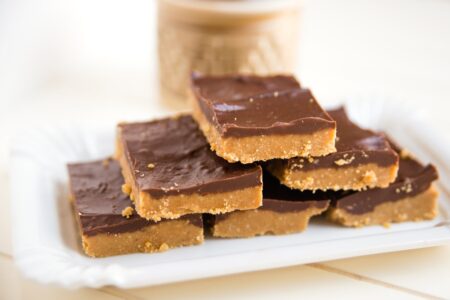 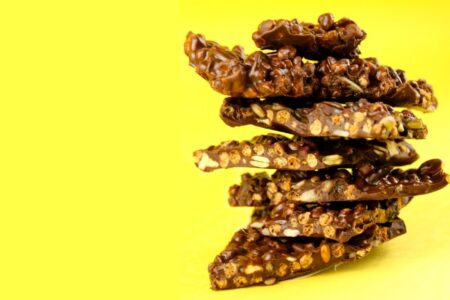 Easy Chocolate Bark Snack for when you’re in a Crunch 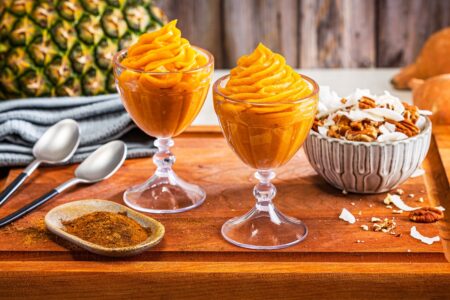 Trade Up this Halloween with Enjoy Life Allergy-Friendly Chocolate Minis