This controversial article is truly food for thought.  While the author does not suggest that immune system reactions such as food allergies are all in our head, he does suggest that in some cases we may mentally have the power to turn them off.  For some this concept may seem  ludicrous.  However, for many who live with the torture that autoimmunity can bring, any idea (especially one so simple) is worth a shot. It was written by Rob Mesrie and shared with us by Foods Matter.

How much of the past 24 hours have you chosen and how much has ‘happened to you’? When you eat breakfast or brush your teeth, are you actively choosing to do these or have they become a pattern or routine? Driving, picking up the kids, even walking.

The chances are that we do many things routinely, without thinking first. After all, it would be really hard work to relearn how to tie your shoe laces every morning. We tend to learn how to do something and if it works, we’ll do it again. It might not be the best way, but it worked so we do it again. Soon this becomes a habit, generating bigger and bigger pathways in the brain. 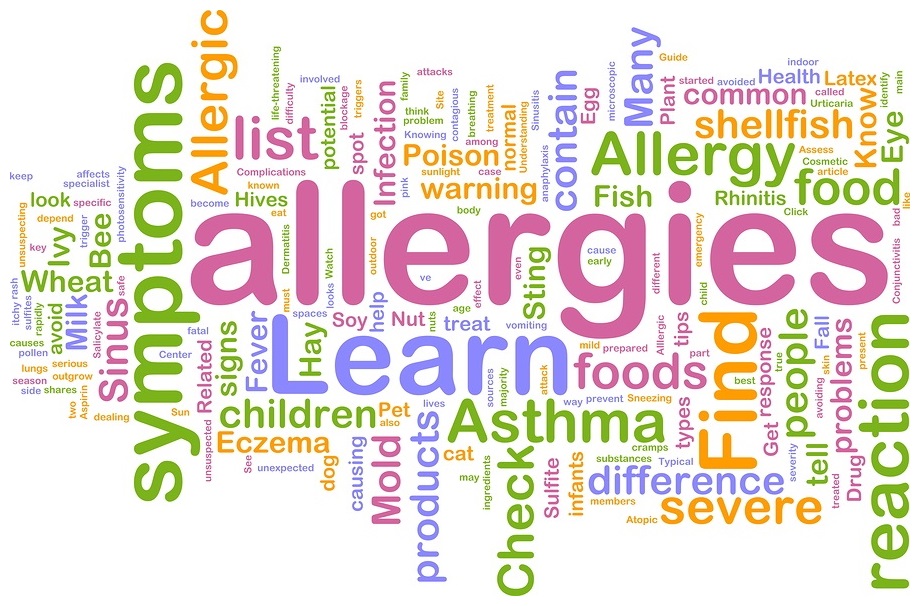 It’s not only things we do that have patterns. It’s how we feel also. How often do we really choose how we feel? Perhaps less that we would like. Often we’ll feel certain feelings in response to an external trigger.

Hearing a song from your first school disco will bring a certain feeling. Or your expartner’s voice. We aren’t consciously choosing these feelings. Once we have them we seem to be anchored to that feeling, like a boat at anchor. Even with our best intentions, trying to feel differently is like trying to get under way in your boat with the anchor stuck in the mud. It can be hard going.

How much of your current experience are you choosing, and how much is a pattern from the past?

It is not just what we do or how we feel that has patterns. Our immune system also has a pattern – a learned behaviour.

Having begun life with a limited immunity from our parents we then learn as we go along. We catch lots of illnesses as a child until our immune system learns what to do with each type of virus or bacteria.

Thankfully, this memory or pattern prevents us from catching the same illness over and over. Our immune system learns and remembers – ‘once bitten twice shy’ as the phrase goes. It’s a good system – otherwise we’d be catching measles over and over again.

The trouble comes when it makes a mistake. When it labels an inert substance as harmful and picks up a pattern of attacking that substance. This we know as an allergy (when your immune system considers a harmless substance to be harmful and therefore attacks it, creating classical allergy symptoms).

Once the immune system has ‘learned’ that reaction it is hard for it to ‘un-learn’ it. Dragging an anchor is exhausting and you don’t seem to get anywhere.

How come the mistakes?

So why do some people develop allergies? Why do some immune systems make mistakes?

One part of the puzzle is genetic. And yet the influence of genetics maybe somewhat exaggerated.

Dr Bruce Lipton, a pioneer of the study of epigenetics (the study of heritable changes in gene function that occur without a change in the DNA sequence) is emphatic that we can turn our genes ‘on’ and ‘off’ (allowing or preventing the genes from making proteins) by changing our beliefs and emotions.(1)

Let’s say that again – genes can be turned on and off by thoughts, feelings and emotions.

If it is not genetic?

So if it’s not your genes that are at fault, what’s left? Let us take a deeper look at the immune system for a moment.

Your immune system’s function is to protect YOU from the outside world. This seems easy enough, but is it really so simple? What do you stand for? Who exactly is it defending? Indeed who are you? Not easy questions to answer.

Some people get their sense of identity from where they live or what they do. Others from the friends they associate with.

Some people are clearer than others. How clear are you? And has it changed over the years?

When someone is not clear about who he or she is, whose role in life is changing, it can be a tricky time for the immune system.

We all go through transitions. From childhood through puberty to adulthood. From being a woman to being a wife and then a mother.

Our identity changes as our beliefs about ourselves and the world change. Events happen in our lives and we make meaning about these events.

Recently a woman came to see me who had the worst metal allergy her allergy specialist had ever seen. Her list of allergies seemed to be growing so that it included pets, cosmetics, food in cans, even the sun.

After some investigation we realised around the time when the allergy started, her beliefs about the world changed. She went from believing that ‘the world is a fun place to live’ to ‘the world is a dangerous place and I need protecting’. For her, this was a transition time.

She had gone through a traumatic episode of abuse – one which she thought had been resolved – that led to a change in her belief about herself and about the world. So her immune system took that on board and began to ‘protect her’ from this dangerous world. It got carried away and began assuming that more and more things ‘out there’ were dangerous. Its intention was honourable, but it actually created her allergy and made her life a living hell.

Once we transformed her belief into a more appropriate and supporting belief, then her immune system was open to being updated. With an updated immune system, there is no more allergy.

Events and the meaning we attach to them

What has happened in your life and what meaning have you attached to it? For example, when a relationship of yours ended, what did you conclude? Some people conclude that ‘relationships aren’t for me’, whereas a more useful conclusion might be that ‘that relationship wasn’t for me’. Additionally a lesson might be learnt such as ‘it is important to express my emotions more honestly in relationships’.

So it is interesting that events happen in our lives and we have a choice of what meaning to make out of them.

With our recent crazy weather in the UK, one tourist could come to the conclusion that English weather is terrible because after a short while of sunshine, you can guarantee it will rain. Another tourist could equally conclude that they love England because after the rain comes the sunshine – guaranteed. It depends what meaning we attach to each event.

Sometimes these beliefs get passed down from one generation to the next.

There is a story about a girl who for years used to watch her mum cook. One of her favourite dishes was a roast. She watched her mum add a complex sequence of herbs and spices and then cut the joint in half to put it in the oven.

One day the girl asked why we needed to cut it in half and the mother replied ‘because that is what grandma did’. So the girl went to her grandma to find the real answer. Her grandma replied ‘in those days, ovens were too small to fit a roast’.

What beliefs have you picked up from those around you? What beliefs did you pick up when you were young? Are they still useful or do they need updating?

Once your updated, revised beliefs are in place, often the biology will update accordingly.

Just as your body heals after a cut or graze. I encourage you to explore your current allergy and its origins. What beliefs were you holding? Are they still valid? Be open to being surprised and you never know what you will come across. I am curious about your findings – feel free to email me.

Rob Mesrie is an allergy alternatives treatment specialist and an NLP health and master practitioner and coach. You can learn more about him at www.allergy-alternatives.com.

This recipe was shared with Go Dairy Free by another recipe creator. We have not tested this recipe in our kitchens unless otherwise noted.