When my four little nieces came for a visit, we armed our supplies with a selection of cookies and crackers to tame their wild side as required.  Though I have never cared for traditional animal crackers and their slightly “soggy” nature, we somehow ended up with a collection of new animal crackers / cookies.  Luckily, these were not reminiscent of the old Barnum variety.  Modernized in taste, texture, and quality of ingredients, not a one failed to please a single adult or child in our party.  Yes, none of the adults could keep their hands out of the cookie jar either…

We started with the Bunny Grahams from Annie’s, moved onto the fun cookie shapes from Eco-Planet, and finished out our kid-sized cookie tour with Kinni-Kritters from Kinnikinnick. Of course, no one complained about a single cookie, and every single one of us continued to go back for more of each variety until every last cookie had vanished.  Yet, we each had our favorite, and a distinct age-related pattern seemed to emerge.

The littlest ones, ages 6 and 8, chose the Bunny Grahams as their hands down winner. During their visit, we headed to the fair.  I packed up a big (half the box) baggie of the chocolate chip Bunny Grahams.  As the bigger girls jumped on the rides, the littlest one tagged along with us.  Not an hour in, she tugged on me for some food.  When I opened the bag, she immediately snatched the chocolate chip bunnies.  We wandered around for a while, watching the others as they enjoyed the rides, the littlest still clutching the bag of bunny grahams with one hand, and feeding herself with the other.  Apparently, I hadn’t been paying attention, as the next thing I knew, my husband handed me an empty Ziploc baggie.  She had eaten the entire bag!  Those obviously received an enthusiastic two thumbs up. 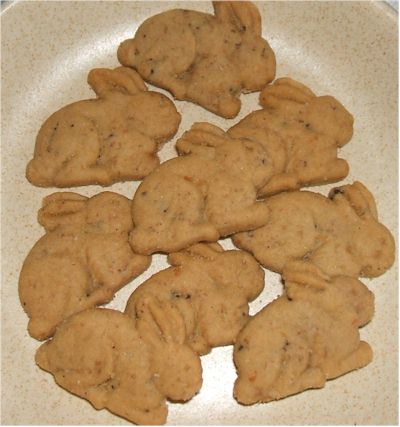 The older kids, aged 10, fell for the crunchy Eco-Planet cookies.  They devoured a box 6 ounce box of the vanilla, and one of the oatmeal, with fervor.  While I could only assume that they loved the crispy, sweet taste (eating seemed to take priority over speaking), they were both enthralled with the Eco-Planet shapes.  Allowing them to play with their food, I was pleasantly surprised when I actually spotted one of my nieces reading the environmental tidbits of information on the package.  I must admit, these are insanely tasty cookies with an awesome crunch. 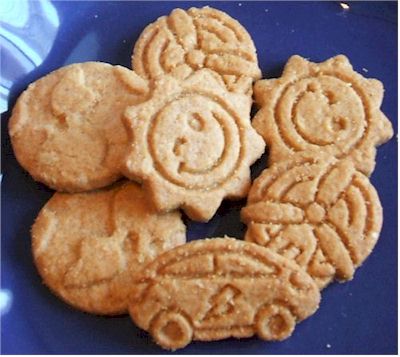 Oddly enough, the adults (three of us) had an affinity for the Kinni-Kritters.  For some reason the Kinnikinnick Animal Cookies had top appeal to our grown-up taste buds. Kinnikinnick differs from the other two brands, in that they only sell 100% gluten-free goodies.  To be honest, I wasn’t sure how everyone would respond to a gluten-free cookie, so I chose not to divulge the secret.

After savoring a few of the Kinni-Kritters, I pinpointed the secret attraction.  While not an exact duplicate, and lacking the frosting (though they did have a sort-of baked in icing taste), the Kinni-Kritters reminded me a good deal of those pink and white Mother’s Circus Animal Cookies from our childhood. Soft and forgiving without taking on that “soggy” quality, the Kinni-Kritters had a melt in your mouth sweetness that was hard not to like.  Of course, we still had to wrestle them away from the kids, as they were not keen to part with any of the cookies!  This is one product that gluten-free kids will be proud to share with all of their friends… so long as their parents don’t get to the box first! 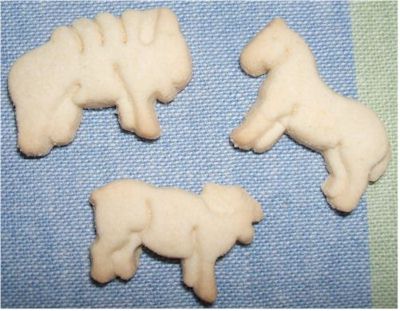 Bunny Grahams: Available in Honey, Chocolate, Cinnamon, and Chocolate Chip; All are vegan, except for the Honey variety; Calcium fortified; Made with organic wheat flour