The amount of thought that went into Bryant Terry’s latest cookbook, Vegan Soul Kitchen, is simply amazing. Many authors attempt to jazz up their recipes by throwing in a booklet of colorful pictures, but Vegan Soul Kitchen gains its vibrancy from words alone.  Bryant pairs each recipe with a chosen soundtrack and thoughtful introduction utilizing a personal story, advice, or a few words of wisdom about the ingredients. I admit, I come from a family with virtually no rhythm, and am often not cool enough to understand Bryant’s laid back lingo … but I still gained extreme enjoyment from the casual flow of the book, and of course, from the recipes. 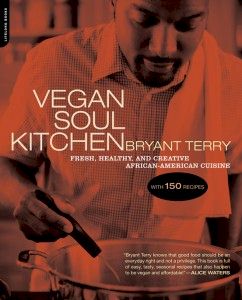 Even the chapters are somewhat unorthodox. He starts with “Top Six Good Eats: You Gotta Rewind Me” These first recipes do scream Southern cooking by nature of the ingredients, yet his flavor pairings and preparations are quite unique. Next up, “It’s All Good: Zero Waste Watermelon.” As you may have guessed, this chapter focuses on six lovely recipes utilizing watermelon (one even using up the rind!).  This is where I made my first entrance into the book. I took his Double Watermelon Strawberry Slushee, and made a few tweaks for my own personalized version (recipe here): 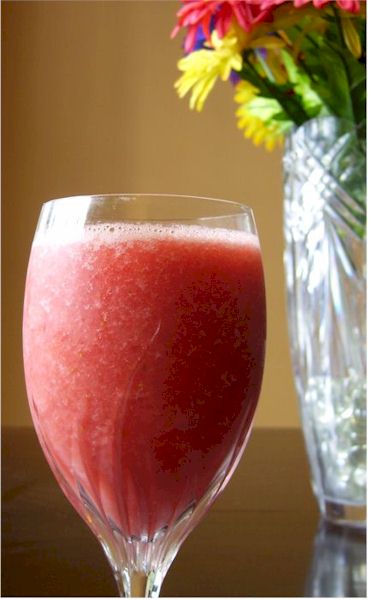 It was so delicious – incredibly sweet and refreshing! I ended up making these at least three or four times thanks to a boisterous watermelon season.

Next, I skipped ahead in the book, and made the Power Porridge from the “Bring the Grain: Rice, Oats, Ancient Grains, Grits” chapter. It was a delicious blend of quinoa and amaranth, sweetened with banana chips, cinnamon, raisins, and a dash of agave, and spiked with a few other healthy add-ins. Unlike the prior recipe, I followed this one to the T, merely reducing the banana chips a bit based on what I had on hand. The recipe itself was spot on; when followed as written, the result is perfectly cooked. 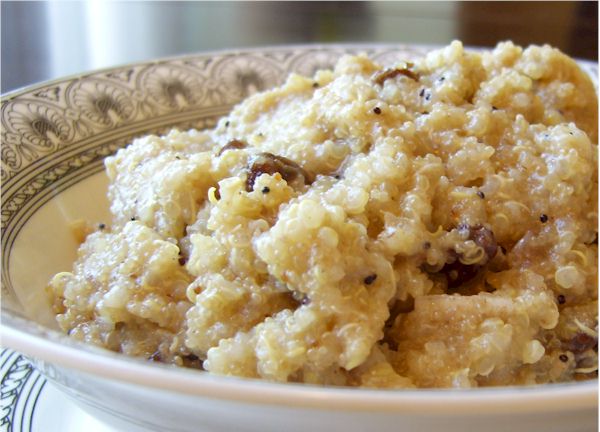 The textural variety of the Power Porridge was wonderful: creamy quinoa, the occasional bite of amaranth, chewy banana chips, and soft bursts of sweetness from the raisins. Since the banana chips do add a good dose of fat, I might try cutting the banana chips (adding another handful of sweet raisins), but increasing the coconut oil just a wee bit more as I loved the luxuriousness of that addition. We enjoyed big bowls of this rich blend without any milk alternative, but you could add some for more of a hot cereal experience.

Since I shy away from soy protein and vegan meat alternatives, some of the recipes aren’t quite as useful for me, but luckily, Vegan Soul Kitchen offers ample whole food recipes focusing on produce and grains. Just a few that I have ear-marked include the People’s Punch, Cumin-Cayenne Mashed Potatoes with Caramelized Onions, Double Maple Coated Pecans, and the Garlicky Baby Lima Bean Spread.

Obviously, I have literally just scratched the surface on trialing the recipes, but Vegan Soul Kitchen has provided me with ample inspiration for coming up with my own simple menus … which I believe is one of the purposes of this book … to relax, loosen up, and enjoy the process. I love how Bryant focuses on sustainable eating practices and on the quality of the ingredients rather than trying to create complicated dishes. This makes his recipes very doable for new cooks, yet artfully mastered for seasoned cooks.
If you are seeking a starter vegan cookbook or a one-stop shop vegan cookbook, I suggest you hold off on this one. But if you are looking for an inspirational cookbook, with creative recipes, excellent flavors, and some new-to-you concepts, then get yourself a copy. I can almost guarantee you won’t be disappointed.

This is a third party review by Alisa Fleming, author of Go Dairy Free: The Guide & Cookbook. Vegan Soul Kitchen is available to purchase on Amazon for an insanely good price.