Divvies Cupcakes were discontinued, but they still product Bakery-Style Cookies, Cookie Sandwiches, and Kettle Corn that are all dairy-, egg-, and nut-free.

Each year Barb seeks out delicious and “safe” treats to make her children’s birthdays memorable. Unfortunately, the allergy-friendly bakery she typically travels to has recently closed their retail location. This is where Divvies Cupcakes, complete with frosting and decorations, saved the day… 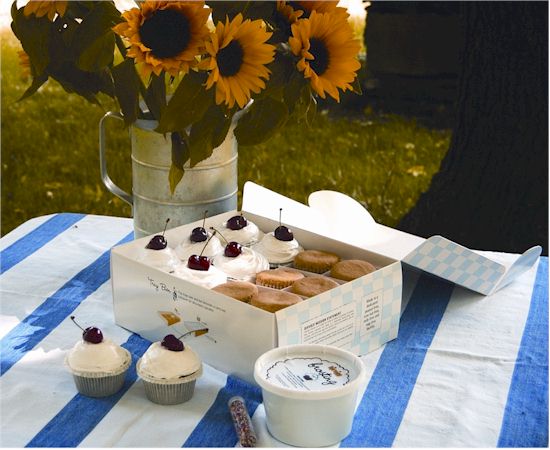 I was told my Divvies cupcakes would arrive on a Friday afternoon, and was pleasantly surprised when they appeared exactly as promised. It was perfect timing for my son’s 4th birthday party!  Once inside the kids could hardly contain themselves to see what was in the package. And I have to say that the outside shipping package was perfect. It looked nice, there was no damage, and the cupcakes were still intact. We were off to a good start!

The clever packaging was both durable and adorably presented. It was geared toward pleasing the eye, yet all of the ingredients and contents were clearly written on the bottom of the box, so that there was no room for confusion on what we were eating. However, the best feature of the packaging was that the box converts into a transportable cupcake carrier. It’s not your typical cupcakes housed in a cheap plastic container that you would pick up at a local grocer.

Luckily, our good impressions did not stop at the box. Inside was everything we needed for our cupcake feast.  Frosting, sprinkles and of course the cupcakes, were all attractively presented.

We began by frosting the vanilla Divvies cupcakes. The vanilla frosting was a little firm, which held up well in the warmer weather.  Overall, the texture of the frosting was nice, and of course tasted and smelled wonderful as well.

We then moved on to frosting the chocolate Divvies cupcakes. After unwrapping the plastic package of the cupcakes, this fantastic aroma of devils food cake came floating out. It was like I had baked them in my own oven, fresh and moist. I could hardly contain myself from taking a bite. The chocolate frosting was much smoother than the vanilla, making frosting the cupcakes much easier and more fun for the kids. With some sprinkles added to the top they looked sensational. Definitely, the quickest cupcakes I have ever prepared. 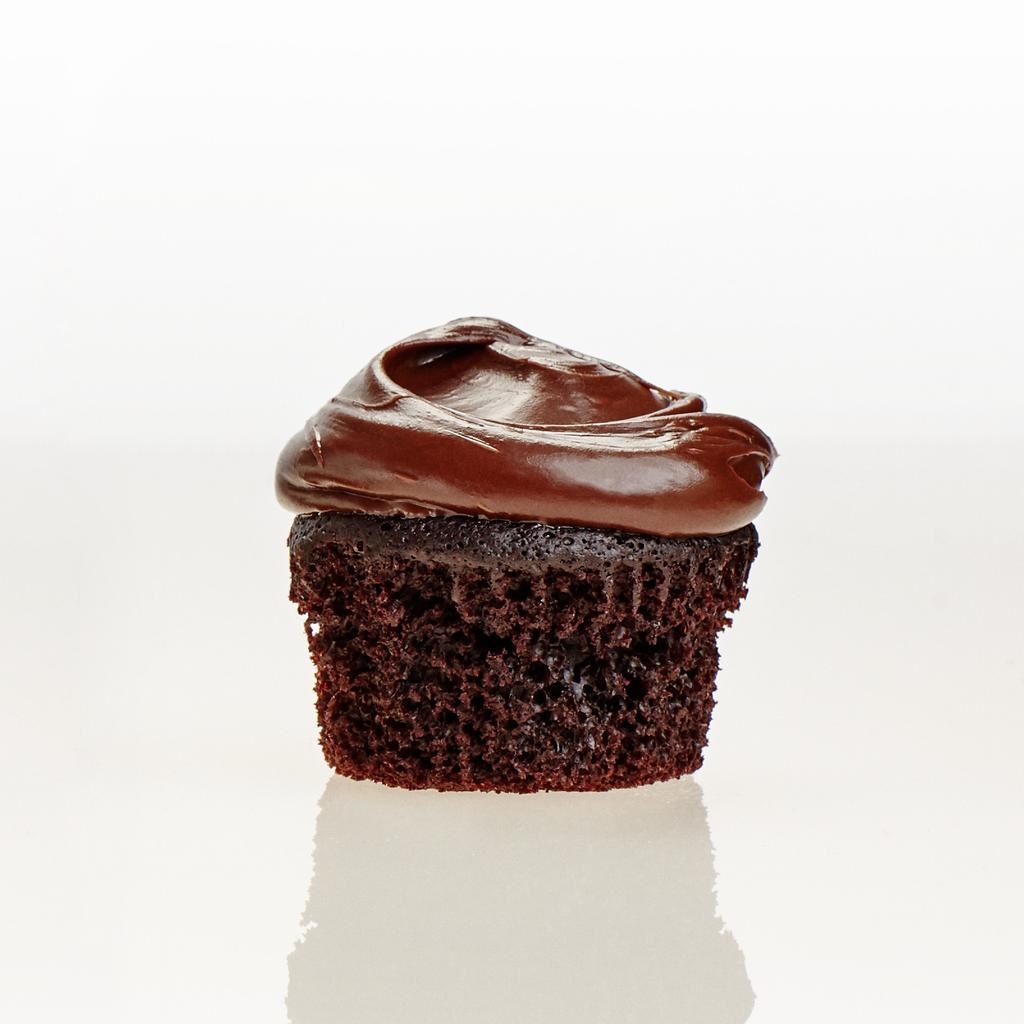 Everyone loved the cupcakes, making the Divvies mission a success!

I prefer chocolate cupcakes personally, so I started with them. They were rich, smooth, tasty, and definitely worth whatever calories may have been in them. The frosting was creamy, nicely textured, smelled great, and it successfully topped off an already great cupcake with another dose of chocolate. You can never have enough chocolate at our house. Simply scrumptious would be my response. One of my nephews could not get enough. I think he ate 3 alone, and came back looking for more. I must say, that within minutes, there were only crumbs in the bottom of the box and a few left over sprinkles.

I have never tasted a cupcake or cake for that matter that had such an intense vanilla flavor. It was extreme. I actually had to take another bite of just the cake portion of the cupcake to make sure I was not eating the frosting alone. Nope, I was right, the vanilla cupcake was nice and moist, and packed with flavor. I would have to give the vanilla cupcakes yet another rave review.

Now, Divvies prides themselves on creating several fantastic treats that are safe for the dairy, egg, peanut and tree nut allergic. Made in their own dedicated facility, thus providing those who worry about allergens with the comfort of a quality product. Finding an allergen-free product can be a difficult challenge, but finding one that is not free of taste makes it even more difficult.  Divvies hit a grand slam with these cupcakes at our house.

Now, the only downfall I found was, as most of you may know by now, a great deal of food allergy safe items come at a higher price than regular items. Divvies cupcakes are a tad on the high-end price side of the scale. But as a food allergic mother of two, I definitely feel that these sweet treats are worth the money.

These are not your typical cupcakes. They are more of a gourmet product that was created to help the food allergic. I hope all of you get the chance to enjoy these tiny delectable treasures as much as we have! 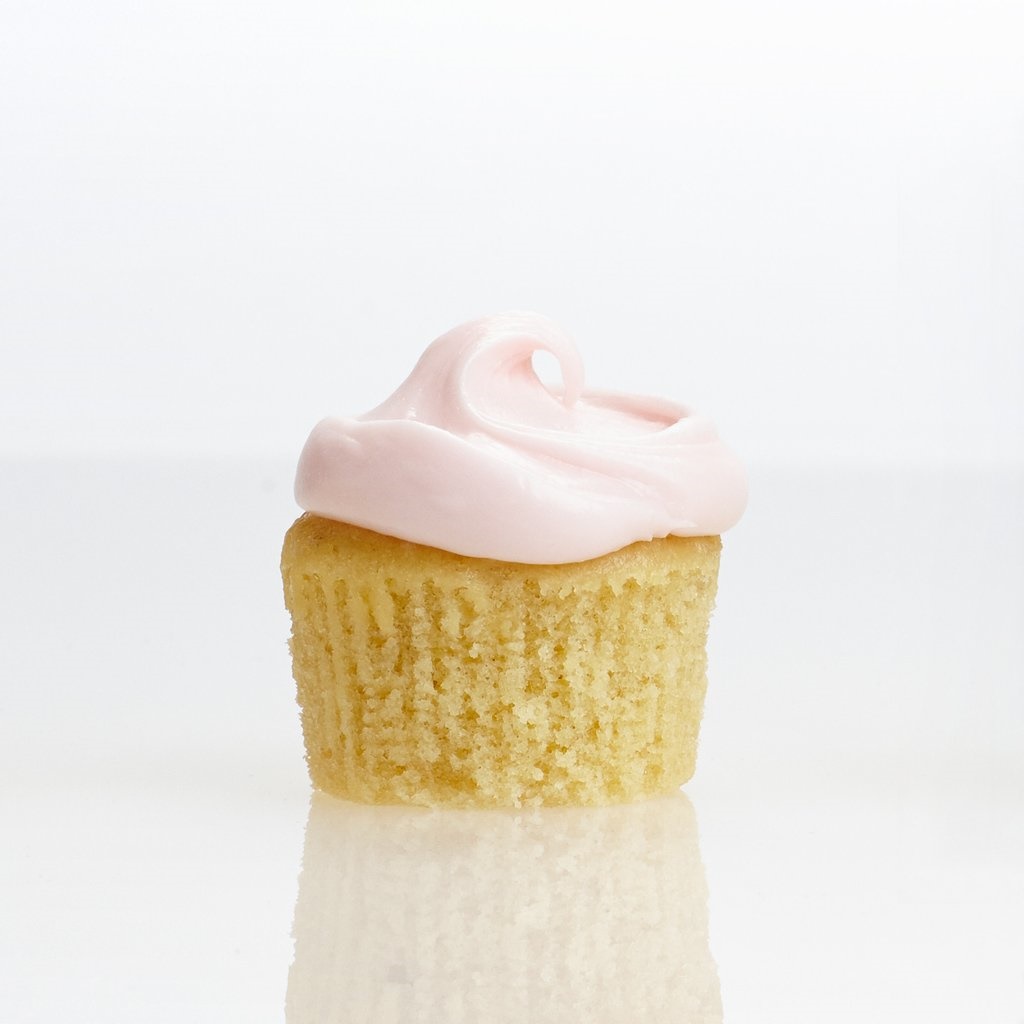 The Facts on Divvies Cupcakes with Frosting

Dietary Notes: By ingredients, Divvies Cupcakes are dairy-free / non-dairy, egg-free, nut-free, peanut-free, vegan / plant-based, and vegetarian. Nonetheless, always read the ingredient statement and check with the company on their manufacturing processes for all varieties if potential allergen cross-contamination is an issue for you. Processes and labeling are subject to change at any time for any company / product.

For More Product Information: Visit the Divvies website at divvies.com.