Update! Though Vegan Gourmet Cheese is getting edged out by Follow Your Heart’s newer soy-free Slices & Blocks, it still has a loyal following and seems to still be regularly stocked at many natural food stores. 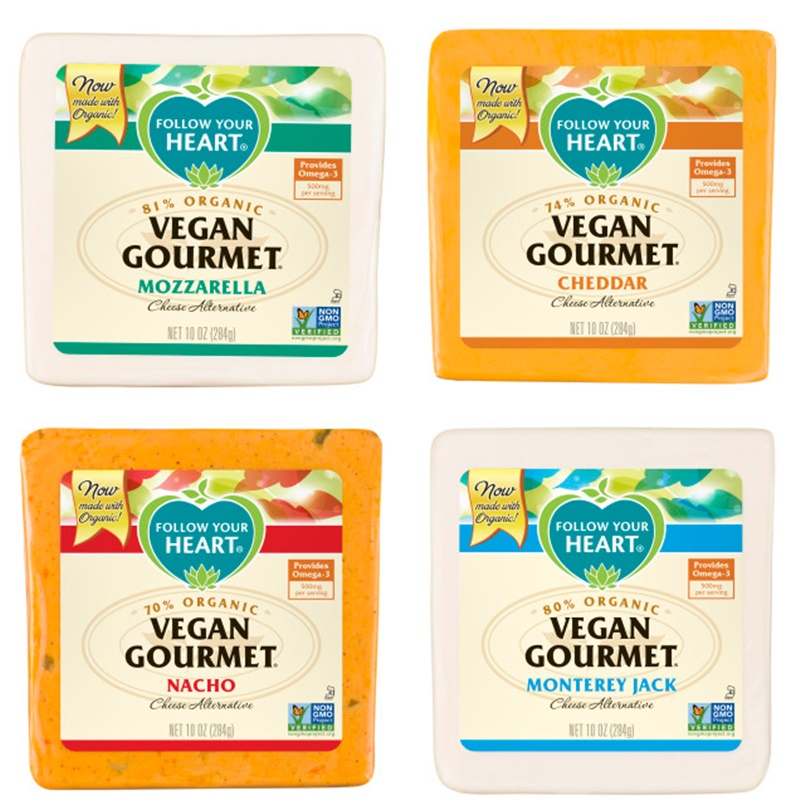 Vegan Gourmet Cheese alternative is soy-based, but it is non-GMO verified and made with over 70% organic ingredients, including organic soy. Thus far, we’ve trialed the two more traditional flavors, Cheddar and Mozzarella, but it’s also available in Monterey Jack and Nacho varieties.

Vegan Gourmet’s claim to fame is that it actually melts. Though I have read mixed reviews on this. Many people show beautiful pictures of the bubbling cheese alternative, while others are only able to coax it into softening. Determined to see it for my own eyes, I got out the cheese shredder and cranked up the oven. I immediately discovered a huge benefit of the softer texture. Vegan Gourmet Cheese alternative is very easy to shred! Beautifully thick slivers rolled off my grater with nary an ounce of muscle, completing half the package in less than thirty seconds.

The Cheddar version of Vegan Gourmet Cheese was a bit oily in the package, slightly off-putting, but I quickly got past it. For an initial test, I sliced off a small chunk for a “raw” taste. The texture was solid and slice-able, but softer than regular cheddar. The flavor was very notably cheddar, but milder than its namesake. As someone who never really liked the texture nor pungent taste of cheddar very much, these differences were actually welcomed. 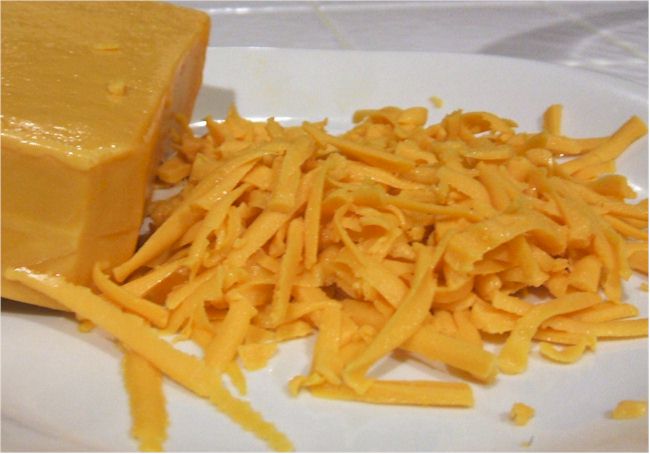 My first medium of choice was the Polenta Casserole from Eat, Drink, & Be Vegan. As for the melting, well, it didn’t really happen. The Vegan Gourmet Cheese alternative softened, and made for an excellent meal. Really, no complaints from my family … but I was unable to coax it into a creamy, gooey topping.

I used the remaining cheddar atop our spaghetti one night to add a cheesy punch to the marinara. Not attesting to the melt, but rather flavor, my husband proclaimed the meal excellent. The Vegan Gourmet Cheese wasn’t really the star, but it served as a nice accent.

My friend Barb, who has two children with multiple food allergies (including dairy) decided to give Vegan Gourmet Cheese a trial with her family, too. She shared the following feedback:

I decided to try the Cheddar Cheese flavor in my baked macaroni and cheese; it turned out fantastic. Great news for anyone looking for a cheese alternative that really melts. The best part is you can freeze it, to prevent spoilage.

I was pleased to find a nice smooth block within the package, not a bit greasy. My initial taste of this Vegan Gourmet Cheese block was a bit of a surprise. The flavor of the mozzarella was good, but quite mild and a little bit underwhelming.

Regardless, I went for the gold on testing. I was determined to make Vegan Gourmet Cheese alternative melt atop pizza. I followed their high heat instructions, but alas, my shreds merely softened, and began to brown at the tips, without achieving the full melt. Not ready to give up, I slid the pizza into the broiler for one minute. This helped, at least a bit. 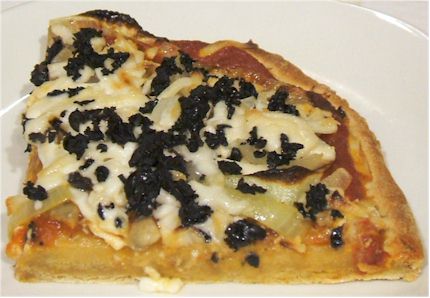 It really was a wonderful treat to have a pizza with “cheese,” but next time I would try a cheddar / mozzarella blend. The mozzarella seemed to be overpowered by the crust and sauce. Perhaps it might fair better with a mild pesto. On the contrary though, my friend Barb did think the Mozzarella held its own:

I came home, and made the children bagel pizzas topped with Vegan Gourmet Cheese for lunch. To my surprise the mozzarella was soft, easy to shred and it ACTUALLY MELTED, just like the package stated. Then came the real test, I took a bite of the pizza, and it tasted really really good! Honestly, this cheese alternative possessed all of the wonderful flavors and textures of regular cheese once melted. It was great!

While I cannot yet proclaim that the perfect cheese alternative has been developed, Vegan Gourmet Cheese is pretty tasty. Its shredability was what really won me over. I do plan on trying it again, especially to give their other two flavors, Nacho and Monterey Jack, a test run.

From reading around, I have found that each person seems to have their own “favorite” when it comes to cheese alternatives, as the few brands on the market are each so different.  Although, if you haven’t trialed Vegan Gourmet as of yet, then it is definitely worth a taste.

The Facts on Follow Your Heart’s Vegan Gourmet Cheese Alternative

Dietary Notes: By ingredients, Follow Your Heart’s Vegan Gourmet Cheese Alternative is dairy-free / non-dairy, egg-free, gluten-free, grain-free, nut-free, peanut-free, vegan / plant-based, and vegetarian. Nonetheless, check with the company on their manufacturing processes for all varieties if potential allergen cross-contamination is an issue for you. Processes and labeling are subject to change at any time for any company / product.