These dairy-free cinnamon rolls are a beloved pantry recipe that you can now find in the 2nd Edition of Go Dairy Free: The Guide and Cookbook! Today, I’m sharing the updated version of this recipe as a sample from my book, along with some new photos. If you’ve loved this recipe for years, don’t worry, the base recipe is still the same! I just added more options, better directions, and extra tips with the cookbook version. 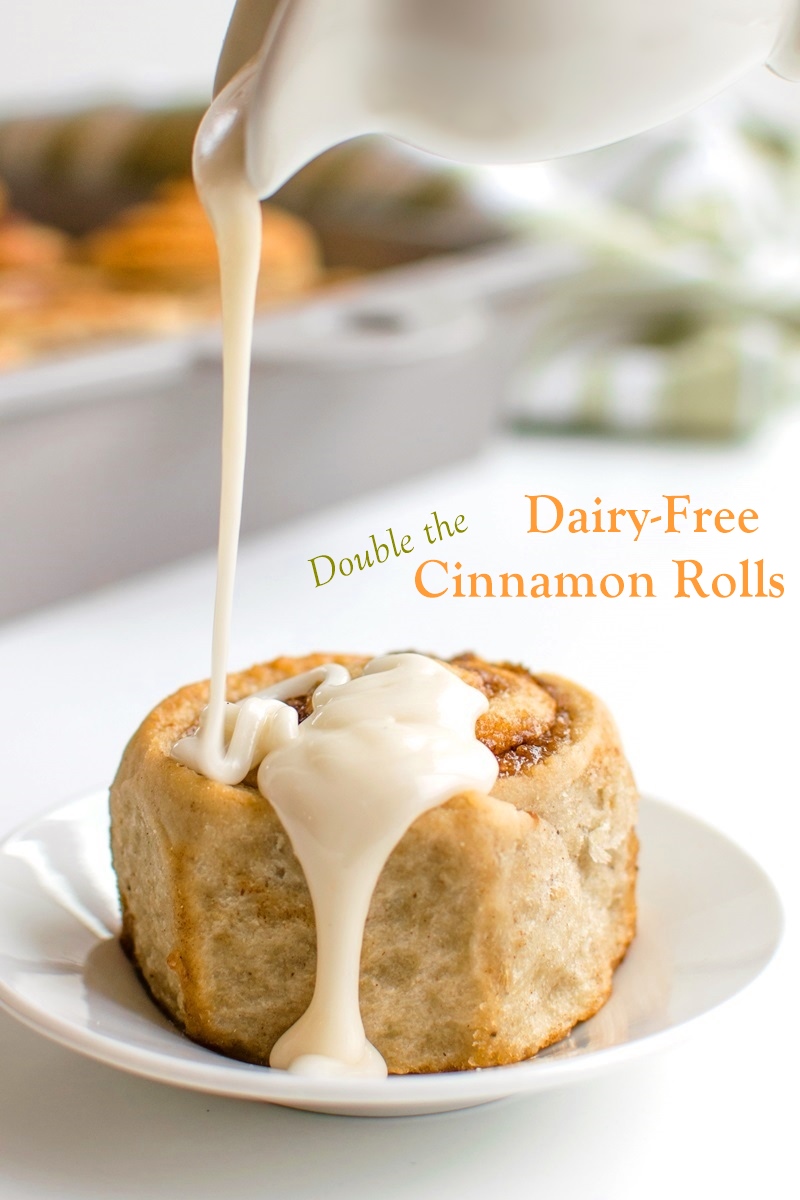 I don’t consider icing optional when it comes to cinnamon rolls. This photo shows the Rich Vanilla Icing drizzled on once these double-the-cinnamon rolls had cooled.

Believe me, these cinnamon rolls are loved by all, whether they’re dairy-free or not. I’ve served them countless times on holiday mornings, for weekend brunch, and when Tony and I are simply craving a bakery indulgence.

Despite being void of eggs and butter, these dairy-free cinnamon rolls are incredibly tender and delicious. Honestly, you won’t know the difference between these and those fluffy store-bought cinnamon rolls. In fact, Tony swore that these were much better. As verified by the quantity he ate before I could even take a picture!

As you may have guessed from the name, these dairy-free cinnamon rolls have a double dose of cinnamon spice with extra in the filling and some added to the dough, too. I’m a firm believer that you can’t have too much cinnamon in cinnamon rolls. 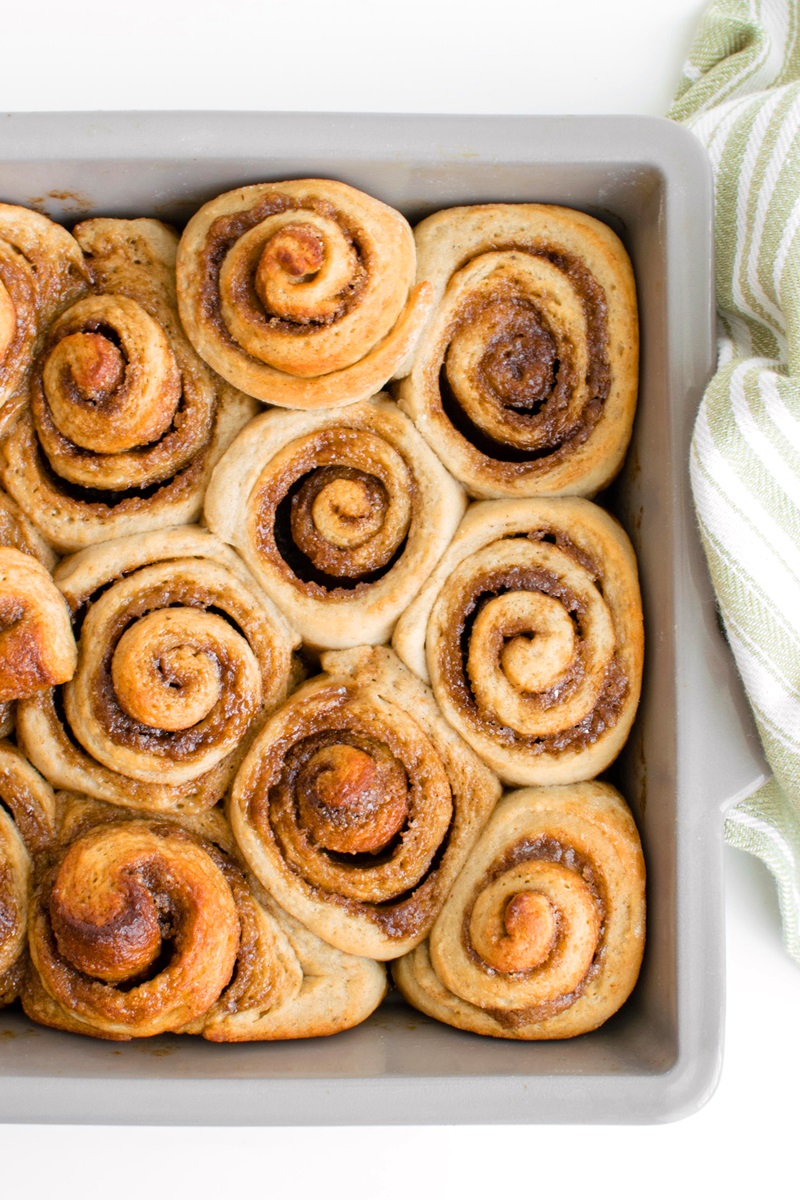 You want to give the rolls a little room to rise in the pan, but not too much. I like how the layers start to squish upward a bit as they bake and crowd one another.

A Boon for Dairy-Free Bakers

You might be expecting just creamy recipes in Go Dairy Free: The Guide and Cookbook. This book does contain many, many recipes for homemade dairy substitutes, creamy sauces and soups, and much more. But I also love baking. And if you’ve already gone dairy-free, then you know that dairy is used in a lot of baked goods! 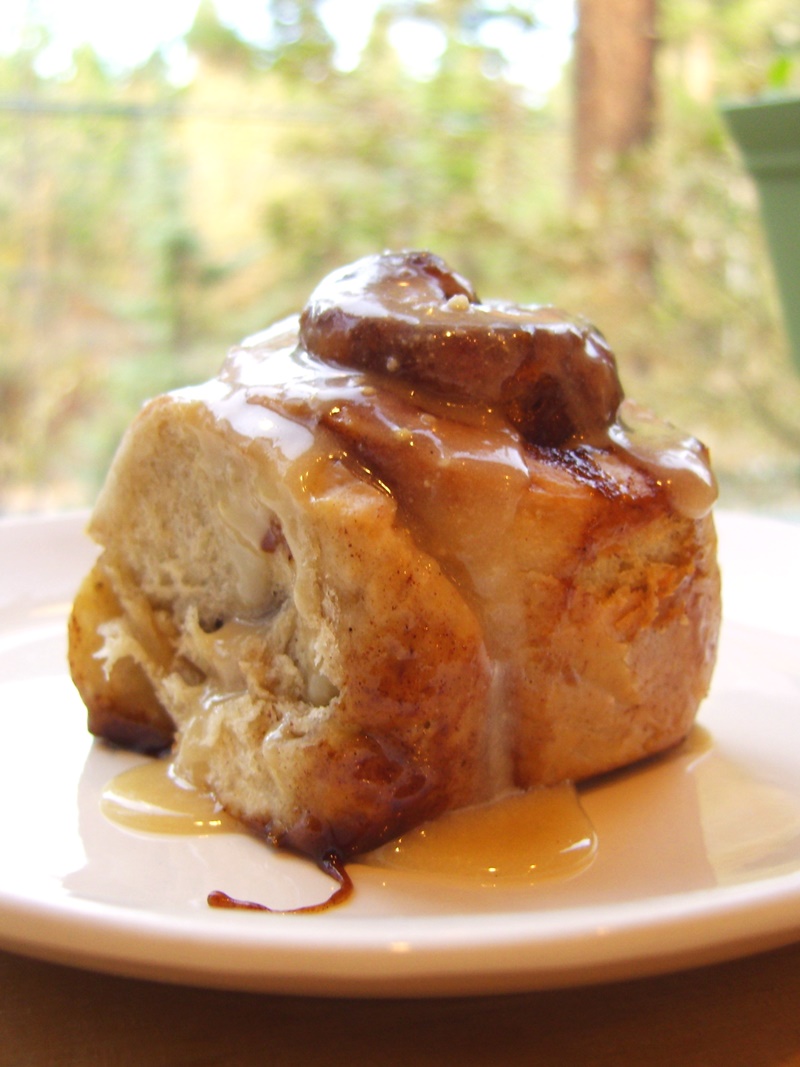 This is one of my older photos, but it shows the Buttery Maple Glaze drizzled on while the dairy-free cinnamon rolls are still warm.

Emilee gave these a try and had a happy success:

Thanks for these! I made them with an egg and just 1/2 cup banana and they were fabulous! We ate one pan and froze the rest to take camping, and they were just as good the second time around.

Just thought I’d tell you that apple sauce works brilliantly as a substitute for the banana and gives an excellent sweetness to the dough.

Love this recipe when I discovered it a few years ago on Pinterest. My family loves them and so easy to make. Great to find a recipe that tastes great when you have someone with a dairy and egg allergy. I tend to put more cinnamon than recommended in the filling but that’s down to individual taste.

See the comments on this post (below) for more Reader Raves and tips! 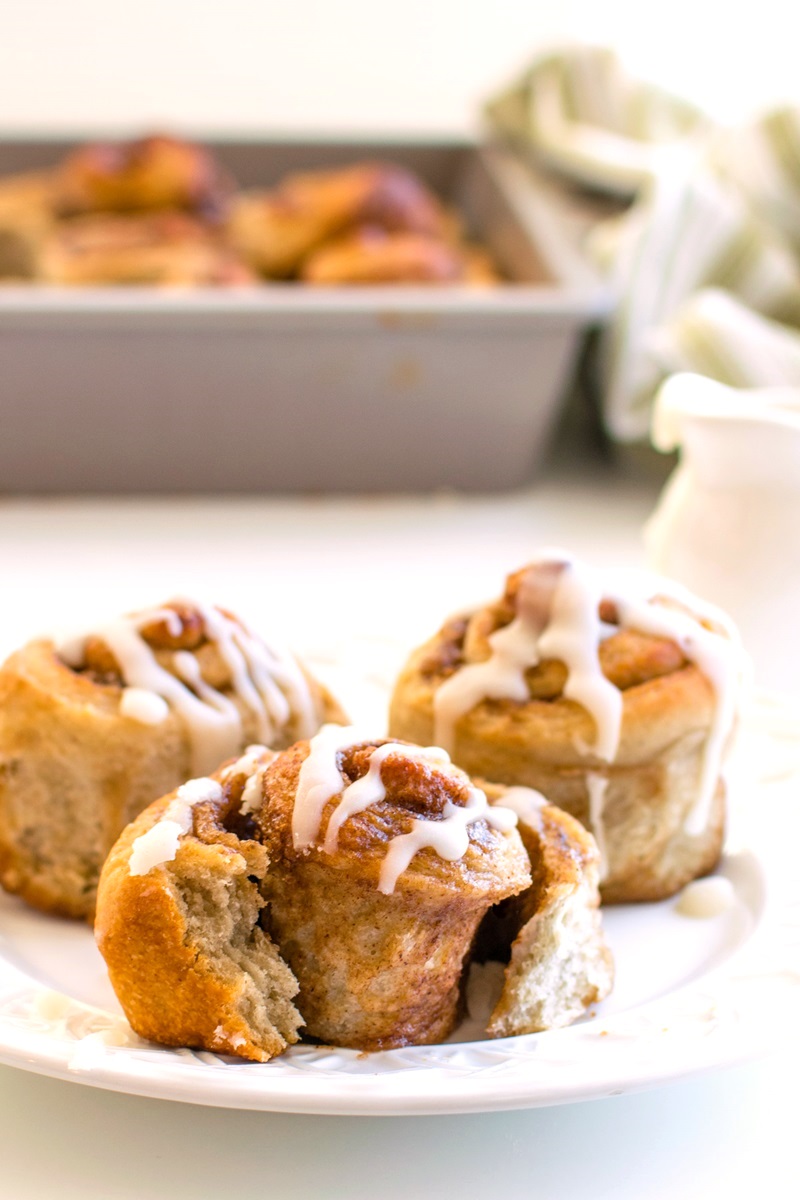 Those layers are so tender and flaky that it’s hard to stop at one cinnamon roll! But they are fulfilling and generously sized. 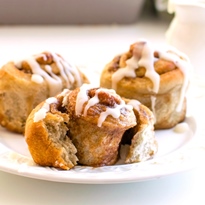 Print
Prep time
45 mins
Cook time
25 mins
Total time
1 hour 10 mins
This recipe is adapted from my book, the 2nd Edition of Go Dairy Free: The Guide and Cookbook. You won’t be able to taste the difference between these vegan sweet buns and fluffy storebought cinnamon rolls. In fact, my husband swears that these are much better. Please note that the Prep time does not include rising time! It is hands on time only.
Author: Alisa Fleming
Serves: 12 cinnamon rolls
Ingredients
Instructions
Notes
Rising Tip: I combine the dough in a round pyrex baking dish with a glass lid. When done making the dough, the bowl is still lightly floured/greased (I cheat and even knead the dough in the bowl). I just pop the lid on and put it in the oven with the light on to rise (do not turn the oven on).

Pan Size Tip: If you don't have a pan that size, you can place 9 of the rolls in an 8-inch round or square pan, and the remaining 3 rolls in muffin cups. You want to give them a little bit of room to rise, but not too much. They should still squish together a little when rising.

For More of My Recipes, Get Go Dairy Free!